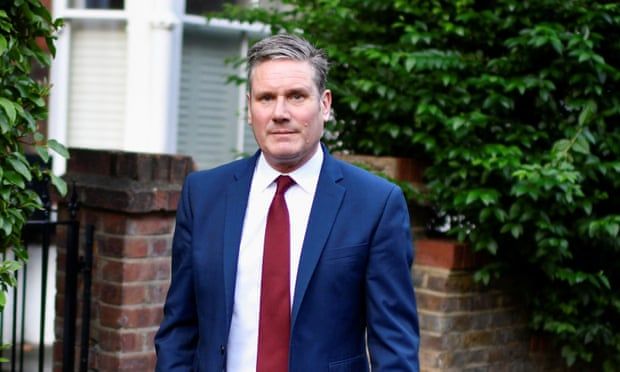 The Labour leader, Keir Starmer, has ruled out supporting an increase in national insurance contributions to fund the social care crisis, joining a chorus of critical voices that include Tory grandees opposed to the hike.

Starmer’s opposition to an increase in national insurance could frustrate Boris Johnson’s hopes of pushing his social care plans through the House of Commons, despite the prime minister’s 82-seat majority.

In an interview with the Daily Mirror, Starmer said: “We do need more investment in the NHS and social care but national insurance, this way of doing it … hits low earners, it hits young people and it hits businesses.”

But he added: “After 11 years of neglect we do need a solution.”

Johnson, the health secretary, Sajid Javid, and the chancellor, Rishi Sunak, have been finalising the details, as the government prepares to announce its long-awaited reforms to social care.

Plans to raise national insurance contributions to increase funding for the NHS and to overhaul social care have been privately criticised by cabinet ministers – and MPs have told the chief whip they could oppose the measures in the Commons.

The former chancellor Philip Hammond said there would be a “very significant backlash” if the PM went ahead with the manifesto-breaking move.

He told Times Radio: “If the government were to go ahead with the proposed increase in national insurance contributions, breaking a manifesto commitment in order to underwrite the care costs of older people with homes, I think that would provoke a very significant backlash.”

The Tory peer, who was chancellor between 2016 and 2019, also said he would vote against the legislation in the House of Lords if the opportunity arises.

“Economically, politically, expanding the state further in order to protect private assets by asking poor people to subsidise rich people has got to be the wrong thing to do,” he said.

Kenneth Clarke, the Conservative chancellor between 1993 and 1997, said there were “problems with national insurance” that should be tackled while raising it.

He told LBC radio it was “too heavily weighted on the lower paid” and there was “no reason” why people who continued to work after the state pension age no longer paid it.

The Conservative former prime minister Sir John Major warned against the move targeting workers and employers by arguing it is “regressive”.

Instead, he called for Johnson to take the “straightforward and honest” approach of increasing general taxation.

Johnson, Sunak and Javid will announce a three-year funding settlement for the NHS from next April, as well as extra cash to tackle the hospital backlog. On Monday, Johnson is expected to announce an extra £5.5bn this year for the NHS, the Guardian understands.

There is also a planned overhaul of the social care system that is likely to include a lifetime cap on care contributions.

Branded as the NHS and social care tax, it would involve an increase in NICs of more than 1%, initially directed at shortening NHS waiting times, which have worsened during the pandemic.
#boris johnson  #johnson
Add Comment