A motorbike police officer injured on the M25 amid climate protests was saved by airbags built into his clothing, his force has said.

The Essex Police officer was hurt in a collision which also involved two lorries at a rolling roadblock on Wednesday.

Police said the airbags were activated as he was thrown from his motorcycle.

The officer, who had 20 years' experience, was still recovering from his injuries, the force said.

The crash happened between junctions 26 (Waltham Abbey) and 27 (Theydon) of the M25 as the Just Stop Oil group was protesting for a third day, with activists climbing on overhead gantries "in multiple locations".

The protests closed parts of the motorway in Kent, Surrey, Essex and Hertfordshire. 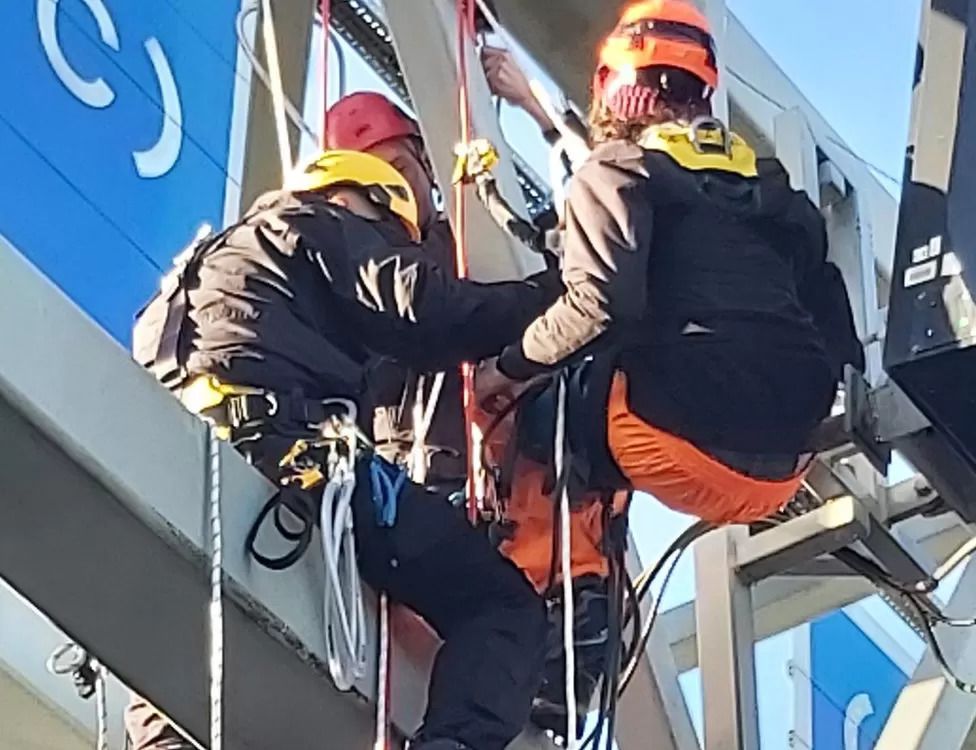 A number of protesters were arrested during the week
The injured officer, a member of Essex Police roads policing unit, was "equipped with the force's latest motorcycle and protective clothing, which includes built-in airbags", a force spokesman said.

"The airbags were activated as he was thrown from his motorcycle during the incident."

He said the officer, who did not want to be named, had expressed his thanks to the public for the concern they had shown towards him.

Ch Supt Simon Anslow said: "I'd like to thank everyone who was making their way to work or school or anywhere else on the M25 this week for their patience and for the support they've shown to our officers."

The disruption came as the COP27 climate summit is being held in Egypt.

Just Stop Oil is calling for an end to fossil fuels, investment in renewable energy and for better building insulation to avoid energy waste.

The group has now halted its activity on the M25 and said no protests would be held in the "foreseeable future".

A spokesman said the pause would allow the government "to do the right thing".

Home Secretary Suella Braverman said on Wednesday the "disruption" was "a threat to our way of life".

A police officer has been injured on the M25 in Essex amid climate protests.