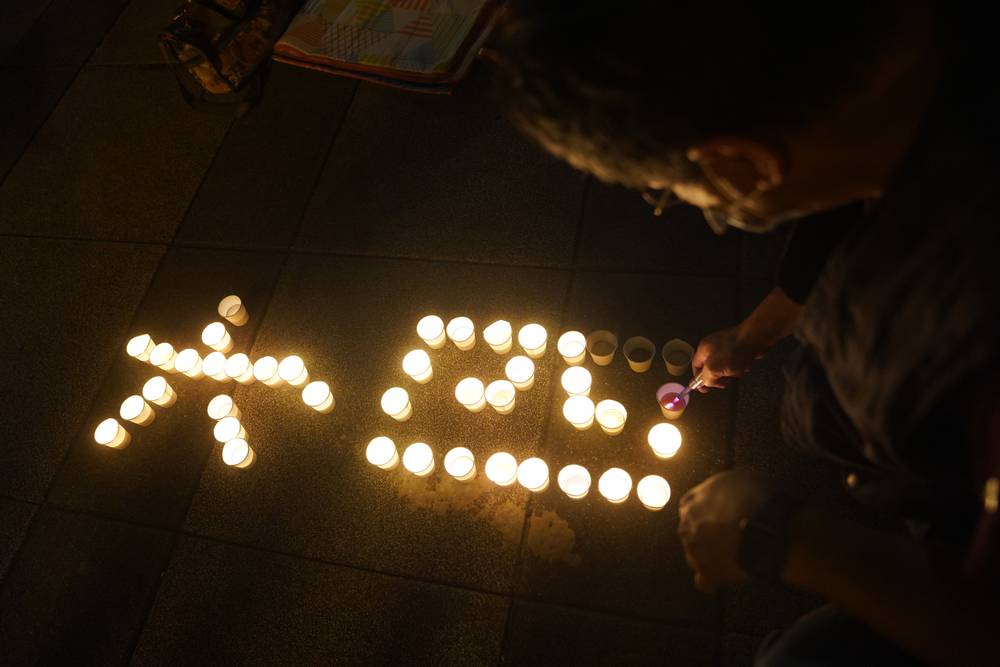 June 4th Museum has reopened yesterday, offering a legal option for Hongkongers to commemorate the 1989 crackdown after police banned an annual vigil and march.

But the museum will no longer exhibit items related to the unrest two years ago, which included portraits of protesters and a Lennon Wall with pro-independence slogans.

Days before the 32nd anniversary of the June 4 crackdown this Friday, the Hong Kong Alliance in Support of Patriotic Democratic Movements of China reopened the June 4th Museum yesterday after closing it for renovation last month.

Apart from the existing exhibits, the alliance added a new photo exhibition in the museum that illustrates the 1989 student movement as well as how Hongkongers supported it.

The alliance also decorated a corner of the museum with a backdrop of Tiananmen Square together with the Victoria Park candlelight vigil for citizens to commemorate the incident.

“The photo exhibition revolves around the themes about the student movement 32 years ago and Hongkongers’ participation, and it is all historical facts,” Lo said.

“[It would only be illegal] unless it is against the law to merely speak the truth, look back in history and present the facts,” he added.

Richard Tsoi Yiu-cheong, secretary of the alliance, said it is a pity to not be allowed to hold a legal assembly at Victoria Park this year, but he added that does not mean the alliance will stop commemorating the incident.

“I would like to encourage citizens to use their intelligence to commemorate the incident in a legal and peaceful way, and I welcome citizens to pay a visit to the Museum. I will be commemorating the movement at the museum this Friday,” Tsoi said.

The museum will open daily till June 7, and close on Mondays after that day. It will also extend its opening hours to 10pm this Friday for citizens to commemorate the June 4 crackdown.

On the other hand, exhibits that were on display last year related to the anti-fugitive bill movement were nowhere to be seen, as Tsoi denied that it was due to political pressure, but those exhibits were returned to their owners, and the alliance’s focus is on the June 4 incident.

Sources earlier said the alliance might be breaching the national security law for advocating an end to one-party rule, there were no relevant wordings written in the museum.

As the museum opened yesterday, citizen Mr Fong brought along his two kids to visit the museum.

“I want to teach my kids about Hongkongers’ participation in history while the museum is still in operation, as I fear that they will gradually forget the June 4 incident due to the filtered information taught at school,” Fong said.

“The regime can take over any organization, but it can never take over our hearts. We will not forget the victims and their families’ sufferings, and we will commemorate the incident in our own ways,” he added.

Another citizen Ms Lee said she will not forget the June 4 incident as the candlelight vigil is banned, and she is trying to show support to the alliance by paying a visit to the museum.

This came a day after the appeal board upheld a police ban on Saturday on the alliance’s rally in Victoria Park for the second consecutive year as well as a march scheduled yesterday citing public health concerns.

Activist Alexandra Wong Fung-yiu, known as Grandma Wong for appearing in various protest scenes during the anti-fugitive bill saga, was arrested for trying to march the route planned by the alliance.

She appeared at Southorn Stadium in Wan Chai yesterday afternoon, and started to march to the Central Government’s Liaison Office in Hong Kong in Sai Wan, but she was already arrested for taking part in an illegal assembly near Admiralty.
Add Comment