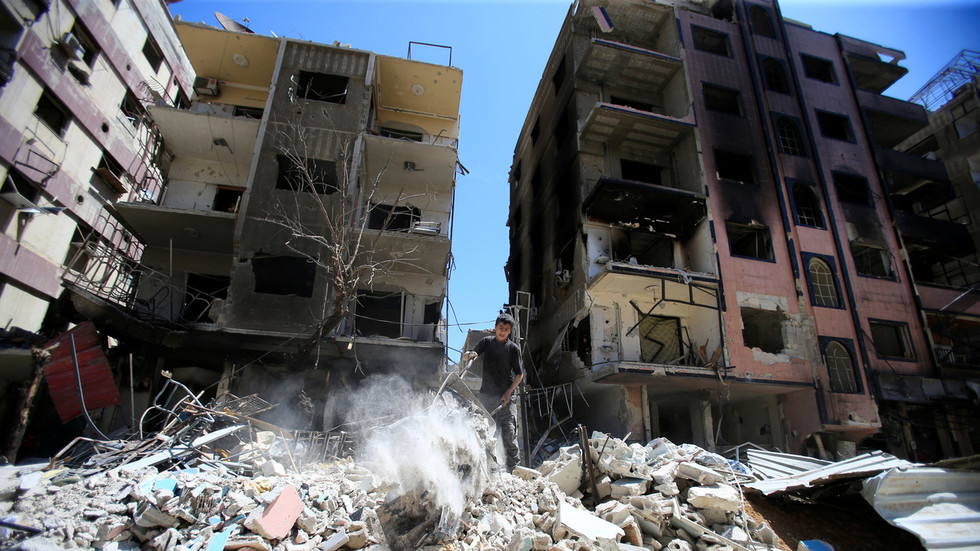 Journalists did not meet own accuracy standards when insinuating Douma attack informant was motivated by money, BBC admits

The BBC’s own watchdog has ruled that a 2020 Radio 4 show did not meet its standards for accuracy when it suggested an informant, who claimed the 2018 chemical weapons attack on Douma was staged, may have been motivated by money.

Last Thursday, the BBC’s Executive Complaints Unit (ECU) backed columnist Peter Hitchens after he protested a Radio 4 documentary titled ‘Mayday: The Canister on the Bed’ concerning a 2018 chemical weapons attack on Douma, which was aired on November 20, 2020.

Hitchens complained that the programme and BBC investigative journalist Chloe Hadjimatheou had inaccurately insinuated that an informant, known as ‘Alex’, had been motivated to claim the chemical weapons attack had been faked by the prospect of receiving a financial reward.

Alex, who claimed to be a former inspector from the Organisation for the Prohibition of Chemical Weapons (OPCW), was one of the whistleblowers who challenged the credibility of the organisation’s report on the alleged chemical attack. The OPCW rejected any allegations of inaccuracy and blamed Syria’s government for the chemical attack on civilians.

The Radio 4 programme had suggested that Alex’s observations were “interesting” but “came at a time when WikiLeaks was offering a $100,000 reward for any leaked material relating to the Douma incident.” However, it has been reported that WikiLeaks did not pay Alex for his revelations.

In the statement on Thursday, the BBC ruled in favour of Hitchens, noting that the documentary’s positioning “amounted to an insinuation about Alex’s motives” and that despite concerns about the informant’s revelations, “it was not strong enough to warrant the programme itself calling them into question.”

Furthermore, the ECU stated that while Alex criticised a report by the OPCW, he did not go as far to suggest the attack had somehow been staged. The watchdog also contended that while Alex had dealt with journalists who shared assertions on the attack similar to those of Russia and Syria, it is equally the case that he engaged with those who did not share these views.

"The ECU found that although they were limited to one aspect of an investigation into a complex and hotly contested subject, these points represented a failure to meet the standard of accuracy appropriate to a programme of this kind."

Hitchens welcomed the ruling, noting that “this is a major victory for the truth. The whistleblowers inside the OPCW were always motivated by a strict regard for scientific truth.”

The city of Douma was hit by an alleged chemical weapons attack in April 2018. The UK, US and France attributed the attack to the Syrian army and undertook an airstrike in retaliation, without UN Security Council consent.