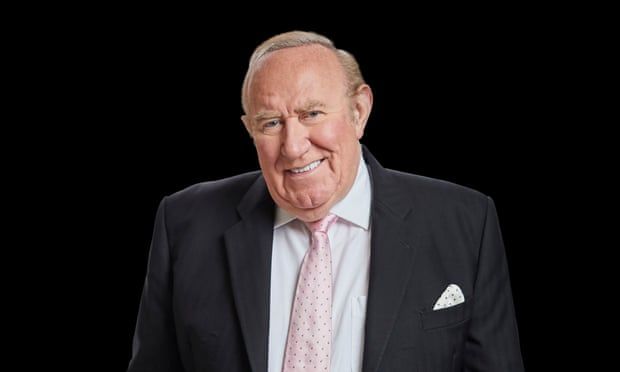 Andrew Neil has said journalists are “basically the PR department of Greenpeace” when it comes to reporting on the climate crisis, as the interviewer indicated he would like to return to British television screens in the future.

The presenter, who had a brief but disastrous stint with the rightwing channel GB News, told a television industry conference that there was not enough critical reporting on predictions about the impact of rising global temperatures.

Neil has previously said he accepts that climate change is real and needs confronting, but accused the likes of Extinction Rebellion of “nonsense scaremongering”.

“You don’t need to be a climate reporting sceptic to challenge a lot of the reports that are coming out,” he told an event organised by Freeview, singling out recent coverage by the BBC and Sky of the Cop26 climate summit. Sky recently pledged to use its programming, including its news coverage, to nudge people to reduce their emissions.

Neil complained that the news channels gave airtime to the president of the Pacific nation of Tuvalu complaining that his country was sinking due to rising sea levels, without also covering a 2018 study arguing that some of the islands have increased in size.

However, the interviewer has no outlet for his views after his acrimonious departure from GB News this summer. Neil said his decision to help found the channel was the “single biggest mistake” of his career and it was now heading in a “Fox News direction”, with its backers resembling a “Ukip tribute band”.

Despite losing many behind-the-scenes staff, GB News has ironed out many of the technical issues that plagued its launch. Its audience ratings are being sustained by the former Ukip leader Nigel Farage, whose weeknight evening show attracts a small but consistent audience of about 100,000 viewers.

Neil predicted GB News would survive because “the investors are long-term and quite ideological” but he deeply regretted being involved in the shambolic launch. “The mistake was that I put my face on the tin and yet I quickly discovered that I really had no say over what was going into that tin.”

He raised the prospect of returning to British television screens in 2022, with potential employers including the BBC or Rupert Murdoch’s forthcoming talkTV channel. “I’d like to do something on the TV front for one major reason and it’s entirely self-serving: I don’t want GB News to be the full stop in my broadcasting career.”
#nigel farage
Add Comment