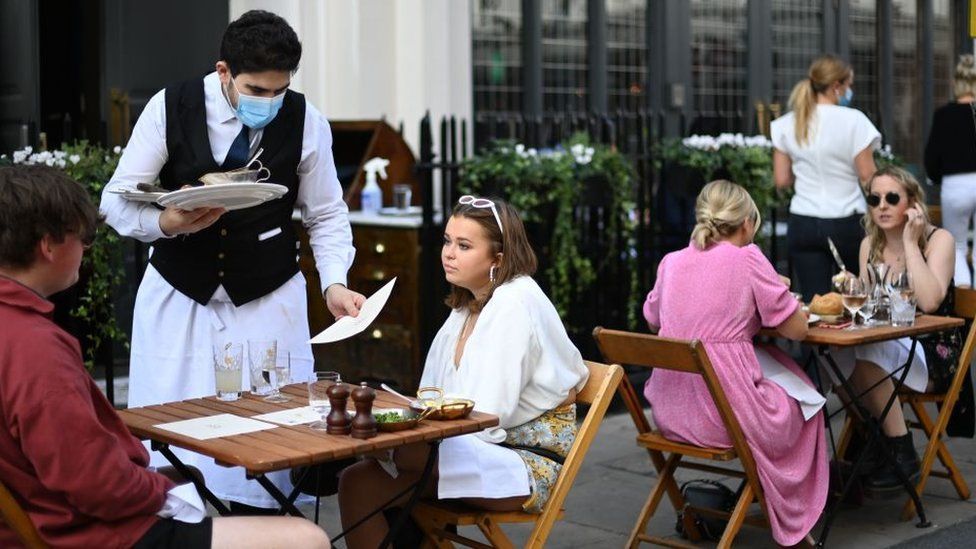 Job creation looks set to remain strong after the furlough scheme ends, but a fresh rise in unemployment is still likely, a think tank has said.

Thanks to the success of furlough, an expected pandemic-driven surge in joblessness has not materialised, said the Resolution Foundation.

But it warned that about 900,000 people are still expected to be on the scheme when it finishes on 30 September.

As a result, "huge uncertainty" surrounds what might happen next.

"The Foundation expects many of these employees to return to their previous role - especially those on partial furlough - upon the scheme's closure," it said in its latest labour market report.

"But with the number of people starting new jobs already at record highs - and potentially hitting two million for the time ever this autumn - firms are unlikely to have the capacity to immediately take on all previously furloughed staff who do lose their job."

Furlough was introduced in spring 2020, to stop people being laid off by their employers during lockdown. It applies across the UK.

The government initially paid 80% of the wages of people who could not work, or whose employers could no longer afford to pay them, up to a monthly limit of £2,500.

In July 2021, employers were required to pay 10% of salaries - with the government's contribution falling to 70%.

In August and September, the government's contribution reduced further: it now pays 60% and employers pay 20%.

The government says 11.6 million jobs have been supported since the scheme began.

The Resolution Foundation said it was possible that unemployment would rise from its current level of 4.4% to about 4.9% in the autumn, with another 150,000 workers unemployed.

"Faced with this uncertainly," it said, "employment support schemes, such as Kickstart and Restart, will prove particularly important in protecting vulnerable groups.

"Restart will be particularly important for older workers, who are now the most likely age group to be on furlough, and who are most likely to have been on the scheme for at least six months."

It added that there would be a need to maintain wider economic support, including keeping the £20-a-week boost to Universal Credit that is set to end at the same time as the furlough scheme.

Hannah Slaughter, economist at the Resolution Foundation, said the furlough scheme had "prevented an unemployment catastrophe".

"But with the scheme ending in less than four weeks' time, there is huge uncertainty about what will happen next to the jobs market," she said.

Ms Slaughter added: "With firms already reporting 'hiring bottlenecks', even a fresh surge in job starts is unlikely to be enough to prevent unemployment rising this autumn.

"Given the uncertainty surrounding the labour market, the chancellor should maintain the £20-a-week uplift to Universal Credit. Cutting support while unemployment is rising is bad politics, bad economics, and bad for living standards."

The government has declined to extend furlough again or reverse the Universal Credit cut, saying that as the economy opens up, the focus needs to shift to getting people back to work.