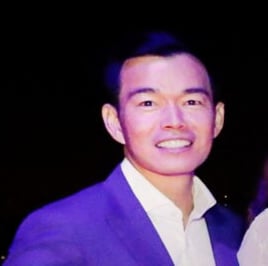 HSBC’s global head of real estate investment banking Jie Wei is said to be leaving the bank to return to Goldman Sachs in Hong Kong.

Hong Kong’s best known bank has just lost it’s top investment banker covering the real estate sector, according to local news reports, and that setback leads our collection of personnel moves around the region this week. Beyond banking, Apple has just named a new head of real estate for Greater China and there are top level moves at developers, brokerages and REITs in Hong Kong and Singapore.

HSBC’s global head of real estate investment banking is reported to be moving on after less than one year with the company, according to local news reports. Jie Wei, who joined HSBC in August of last year, is said to have resigned from the bank to take on an unspecified role with Goldman Sachs, where he had served as a managing director with the real estate investment banking team from 2010 to 2018, when he left to join WeWork as global head of real estate partnerships.

Mark Budden is probably already being deluged with requests for discounted gadgets after joining Apple this month as head of real estate and development for Greater China. Budden is now based in Shanghai for his new role, after spending less than two years with CBRE in Singapore. Describing himself as a strategically minded connector of dots, Budden also has earlier experience with JLL, as well as having served as a partner with project manager EC Harris (now part of Arcadis) in Hong Kong.

Ethan Wong has been promoted to deputy managing director with CSI Property Investments in Hong Kong, as part of the developer’s investment and asset management division. Wong takes the step up after more than four years with CSI, where he previously served as a senior director. The University of California at Berkeley graduate also has previous experience with BEI Capital Partners and Gaw Capital in Hong Kong.

Wendy Lau has been promoted to head of Hong Kong office services for Knight Frank, less than one year after being promoted to executive director with the real estate consultancy. Lau joined Knight Frank in 2018 from rival Colliers International, and has now concluded transactions involving more than 8 million square feet (743,000 square metres) of properties on behalf of clients. Lau’s promotion was one of set of personnel moves announced by Knight Frank in Greater China recently, including naming Laurence Zhu as its new head of China research earlier this month.

The manager of Keppel Pacific Oak US REIT has appointed Sharon Riley Wortmann as an independent, non-executive director with the Singapore-listed trust, according to an announcement to the Singapore exchange. Currently a vice president at JLL’s industrial service group in California, Wortmann has over 30 years of experience in both leasing and investment transactions, including stints at both CBRE and Colony Capital REIT, as well as at Cushman & Wakefield.

The manager of Ascott Residence Trust announced on 19 April that Zulkifli bin Baharudin would be resigning from his role as an independent, non-executive director with the SGX-listed REIT effective 20 April. Bin Baharudin, whose day job is chairman of logistics provider ITL Corporation, had served on Ascott REIT’s board for more than eight years and is stepping down as part of a board renewal, according to a statement to the exchange. The former member of parliament is currently Singapore’s non-resident ambassador to both Kazakhstan and Uzbekistan.

If you know of other Asia real estate professionals changing their jobs, getting promoted or just doing something exciting, please contact us here at Mingtiandi.