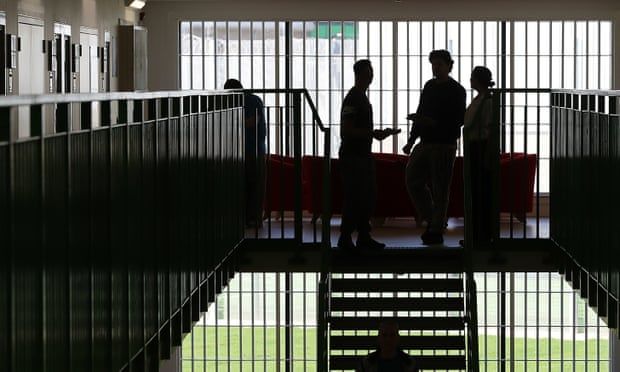 The number of people sentenced to more than 20 years in prison has quadrupled over the last decade, figures have shown.

Given the increase in average tariff lengths handed down by courts, this figure is expected to continue to rise substantially over coming years.

The findings come as the Ministry of Justice announces plans to build more prisons to house the growing number of longterm inmates. They also follow a public outcry over the murder of Sarah Everard, whose killer Wayne Couzens has been given a full-life tariff.

Figures obtained by the Prison Reform Trust from parliamentary questions and government figures show 10,988 prisoners were serving 10 years or more on 31 December 2020.

Growing numbers have also received long determinate sentences of 20 years or more. In 2019, 124 people were sentenced to custody for 20+ years excluding life sentences, up from 31 a decade earlier.

Meanwhile, the rate and number of violent offences resulting in injury have fallen and remain historically low. Between 2009 and 2019 the incidence of violent crimes that resulted in injury, as reported in the Crime Survey for England and Wales, fell 44%, from 22 in every 1,000 adults to 13 in every 1,000. Despite some fluctuation, the number of sexual assaults remains broadly similar to a decade ago.

Dr David Maguire, director of the Prison Reform Trust’s Building Futures project, said: “Over the last decade sentences for more serious crimes have been getting longer, with many more people spending periods in prison which would have previously been unimaginable. The impact on both prison and probation services is significant and long-term, and meeting the challenges of this change will shape the landscape for years to come.”

The Home Office and Ministry of Justice are braced for an increase in prisoners, to 98,700 in 2026, after the targeted recruitment of 20,000 police officers in line with Boris Johnson’s election promise.

England and Wales already has the third highest prison population across Europe, behind Russia and Turkey, which dwarf it with their combined total of more than 800,000, according to the Council of Europe.

The figures came as the backlog of cases in the crown court rose yet again to record levels at 60,692, almost doubling in two years. Cases of rape and sexual offences make up about a 10th of the backlog.

A Ministry of Justice spokesperson said: “This government is making sure violent criminals and sex offenders spend longer in prison to keep people safe and give victims confidence that justice has been served. The 18,000 new prison places we are building will keep these dangerous people off the streets for longer.”

Last year, the government changed the law so those convicted of serious sexual and violent offences and given a standard determinate sentence of seven years or more would no longer be automatically released at the halfway point but would instead have to serve two-thirds of their sentence in prison.

The police, crime, sentencing and courts bill, which is currently before parliament, will end the halfway release of offenders sentenced to four to seven years in prison for serious violent and sexual offences such as rape, manslaughter and GBH with intent. They will also have to spend two-thirds of their time behind bars.
#boris johnson  #johnson
Add Comment