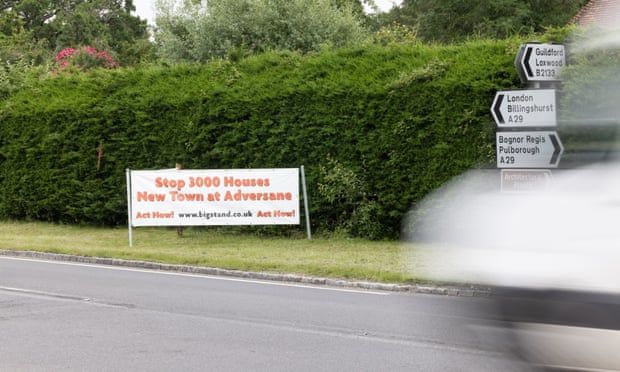 ‘It’s tearing us all apart’: housing plans in Sussex turn nimby against nimby

A tussle over a plan to build more than 16,000 homes on West Sussex countryside is pitting two of the Conservative party’s biggest donors against each other and “tearing apart” community groups, in the latest housing row to threaten the Tory heartlands.

Horsham district council will reveal this week where it intends to locate new settlements to meet government housing targets, with rival developers parading nine plans to build estates of up to 7,000 homes each on fields edged by areas of outstanding natural beauty and the South Downs national park.

The plans face an array of nimby opposition groups whose interests conflict, increasing community tensions and political discontent. The Conservative council is also “hopelessly divided”, said one developer, and a council source said ever-increasing housing targets sent from Whitehall were causing exasperation. The strategy will go to a full council vote at the end of the month.

“What is tearing us all apart is that when we win, others lose,” said Dave Tidey, a leading member of one of the opposition groups. “It doesn’t work. The government is standing back and letting the local authorities fall apart.”

Residents fear the destruction of habitats for turtle doves and purple emperor butterflies, as well as traffic chaos, with enough houses planned to accommodate a town the size of Dover.

Horsham’s 16,000+ homes target is to be met from some of these sites 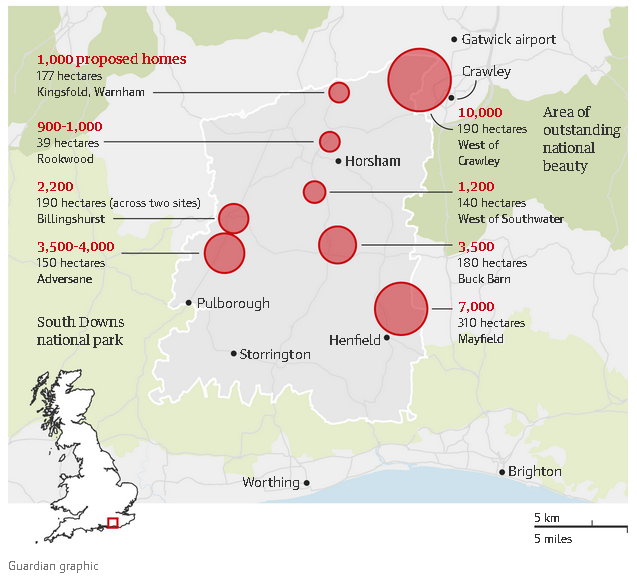 The tussle is echoed in similar cases across southern England and has been politically supercharged after the Liberal Democrats overturned a huge Tory majority at the Chesham and Amersham byelection last month, where discontent over ministers’ plans to weaken local democratic control over housebuilding was a key issue.

The government has announced a bill to loosen planning rules that would allow developers to more easily build housing on greenfield sites. It is facing opposition from several Conservative backbenchers. Bob Seeley, the Tory MP for the Isle of Wight, said last month that communities should not be treated “as the planning equivalent of a foie gras goose with ever more housing shoved down them.” Labour has called it “a developer’s charter”.

The government made a manifesto commitment to build 300,000 homes a year in England by the middle of this decade (a 69% increase on 2019 supply). It has set Horsham a target of building close to 1,000 homes a year, plus more to help neighbouring Crawley – more than double its current output. Targets, based on 2014 estimates of household growth, are increased in areas such as Horsham where house prices are least affordable. 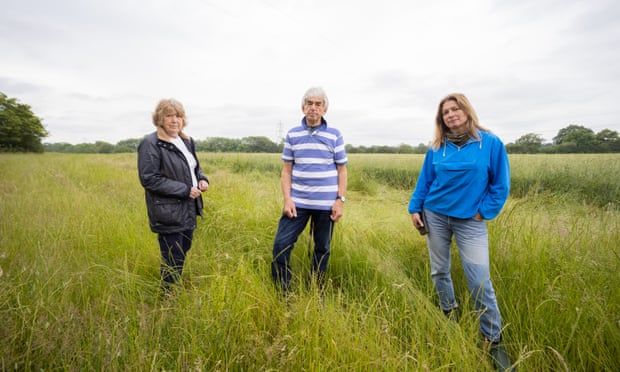 “So many people in the country are overwhelmed by plans for houses in places that aren’t suitable, I think Conservatives will lose seats,” said Tidey, a leader of the West Grinstead Action Group, which is opposing a scheme for 3,500 homes on land that provides a wildlife corridor for species including the white stork. Its developer, Thakeham Homes has donated more than £500,000 to the Conservatives and boasts on its website of its access to the chancellor, Rishi Sunak, and the former prime minister Theresa May. It has also attracted opposition from the neighbouring Knepp Estate, a rewilding project led by Isabella Tree, who described the experience in her award-winning book Wilding.

Yet the need for housing – particularly low-cost homes – is acute. Average house prices in the district are up 17% in the year to May 2021, to £491,000, according to Hamptons, a property agent, and 806 households are on the council’s housing list, up nearly 50% in the last two years. Care workers, hospital porters and retail staff are among those who cannot afford housing in the area, said Turning Tides, a housing charity in Horsham. “A lot of the developments are marketed as affordable, but they are not affordable to the average working person or a person who is homeless,” said Catherine Hill, the charity’s deputy head of operations.

Thakeham Homes said its provision of affordable housing would be in line with the council’s call for at least a quarter of the homes to be offered at either the cheapest social rents or “affordable” rents – up to 80% of market rent, which many do not consider affordable.

Councillors are likely to choose between Thakeham’s site and 3,500 homes being proposed at Adversane by a consortium led by Sir Michael Hintze, one of the Conservative party’s biggest donors, and key figures in the development of Poundbury, Prince Charles’s model new town in Dorset. Also vying for inclusion are large sites around Billingshurst, land near Crawley and a council-owned golf course.

The contest has created tensions between the opposition groups. “We would certainly say [Adversane] was a better place,” said Frances Martin, a campaigner against the Thakeham plan, who said the proposal on her own doorstep would be “a disaster”, wrecking ancient hedgerows and ending the nightingale song she hears on her dog walks.

“We’re all involved in nimbyism in some way,” she said. “It’s tough luck for one of us and we just want to make sure the one of us is not us.”

Julian Trumper, who opposes Adversane, six miles west, said the approach was “upsetting given we are all affected by this … there should be more solidarity.” 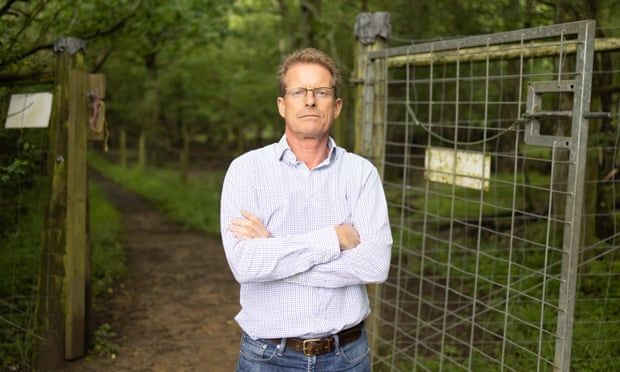 Julian Trumper from the BIGStand group against the Adversane plan.

One developer involved described the process as “a poster child of why the planning system needs reform”. “It forces people to think locally and small,” they said. “We are playing pass the parcel and you get the least best option. The current system forces people to be nimbys.”

A Thakeham spokesperson said: “Thakeham have worked collaboratively through the local plan process, being one of only a few sites to hold public meetings and consultation events, responding directly to feedback from the local community.”

Our Place, the developer at Adversane, said “The controversy surrounding the future of the planning system underscores the importance of delivering homes that are truly sustainable, beautiful and embracing of the open space that people love and enjoy.” It said it was trying to provide an “alternative to soulless housing estates”.

Lynn Lambert, Horsham district council’s cabinet member for planning, stressed that the local plan was obliged to accommodate central government’s housing target. “The council is therefore now working to prepare a local plan which seeks to deliver the homes required of us in a way which minimises any environmental impacts, delivers affordable housing and provides new or enhanced community facilities needed by any new development.”