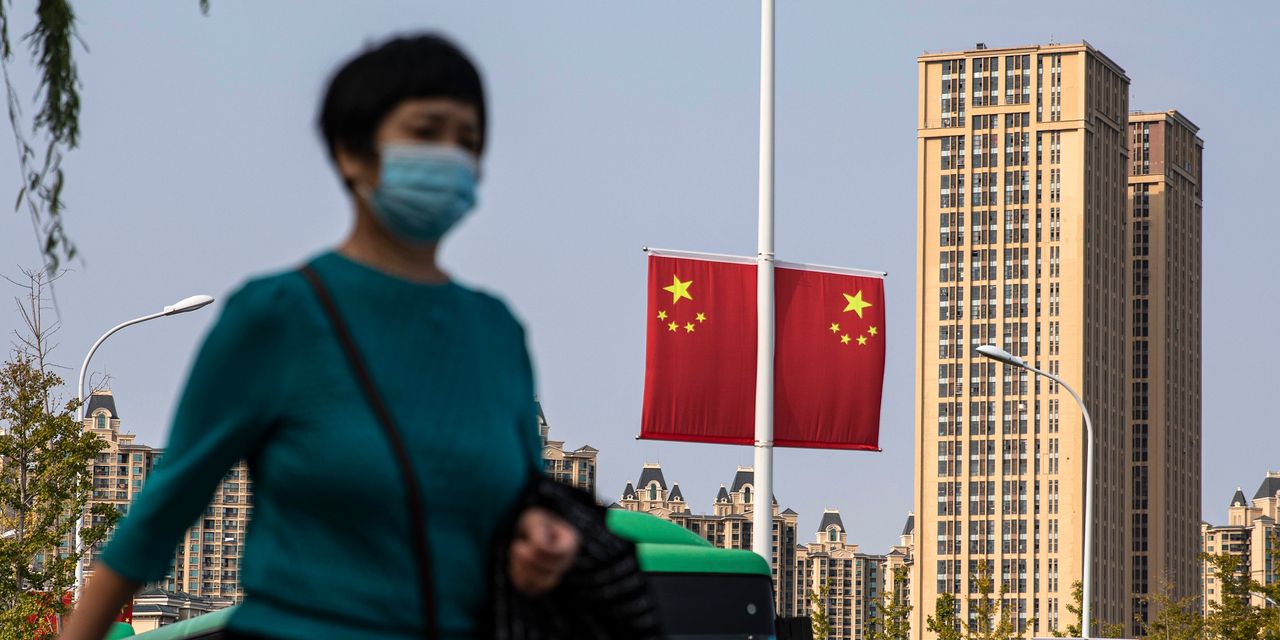 It May Be Time to Buy China’s Bonds—Carefully

Some of China’s bonds have a potential annual return of about 15%, which may entice some investors.

That’s cataclysmic for fixed income, and probably an overshoot, investors say. But the fog around Beijing’s reaction makes calling a bottom treacherous. “The market seems to see some light at the end of the tunnel,” says Paul Lukaszewski, head of corporate debt-Asia at abrdn. “But we have had no formal announcements, and what’s been reported may not be enough for many stressed developers.”

Regulators have good reasons not to bail out Evergrande and a few other reckless borrowers. Their cleanup game plan has trickled out in contradictory hints and snippets, however.

from their initial shock in mid-October. Then companies started reporting that banks and local authorities were freezing the cash they held for prepaid apartments.

Regulators feared that stressed builders might grab funds before delivering the units. But without clear centralized direction, they threatened the whole industry’s liquidity. “Few companies in any country or sector can survive long if their internal cash is trapped and with no access to refinancing,” Lukaszewski says.

Since then, bureaucrats have nudged back toward an industry that drives as much as a quarter of China’s economy. The central bank’s markets chief noted “misunderstandings” that might have led lenders to overtighten developers’ credit. Local governments are reportedly pressing for approval to buy private assets, lightening balance sheets.

Meanwhile, companies are pitching in with “self-help”: issuing equity or extending debt while fresh issuance is on hold. Sunac China Holdings (1918.Hong Kong), the No. 4 developer, raised $953 million through a rights offer and asset sale earlier this month.

On balance, investors see a moment to buy, carefully. “We are building a contrarian position with a double-B focus,” says Muaddi, meaning bonds rated at the stronger end of high yield. “Tickets are working as we speak.” With potential annual returns around 15% on these instruments, “we’re being paid to take the risk,” he adds.

Lukaszewski says abrdn is doing its own “deep liquidity analysis” to pick out solid credits from the distressed landscape.

History has earned China’s leaders the benefit of the doubt after 20 years of unprecedented growth, says Charlie Wilson, portfolio manager of the Thornburg Developing World fund. Recent data from McKinsey show Chinese personal wealth leaping 17-fold, to $120 trillion, from 2000 to 2020.

“I’m pretty confident they can walk the fine line between allowing some pain and a disorderly market-clearing event,” Wilson says.

Developers and banks dominated China’s stock market before 2008, he adds. Now they are a sideshow, as investors weigh growth companies from the internet to electric vehicles. Still, he admits, “transparency has never been part of the Chinese investment opportunity.”