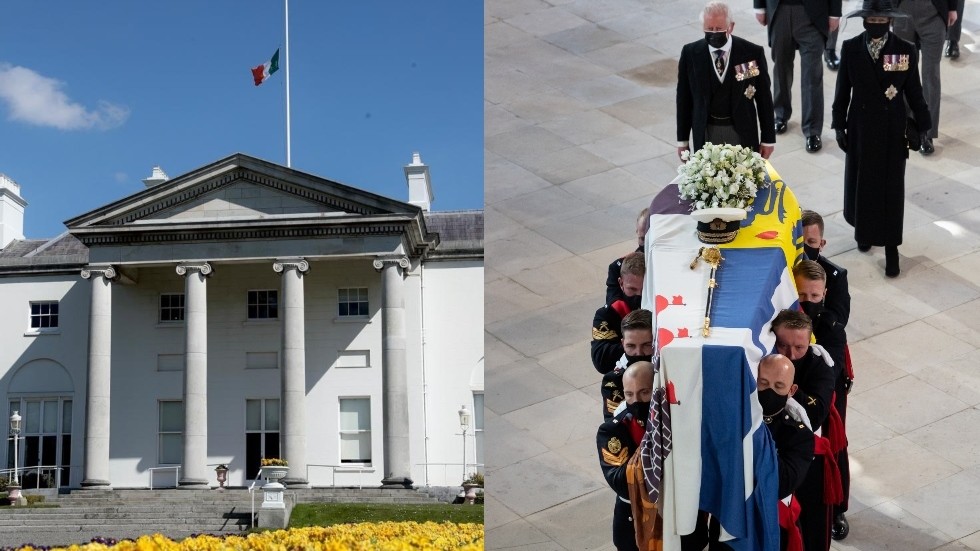 Ireland’s president has lowered the country’s flag to half mast to mark the funeral of British Prince Philip, a move that angered nationalist-minded Irish who were quick to remind about 800 years of British conquest of the island.

As Philip was laid to rest in Windsor on Saturday, Irish President Michael D. Higgins ordered the Irish tricolour lowered to half-mast above his residence at Aras an Uachtarain in Dublin’s Phoenix Park.

Higgins was the first Irish president to host a visit from a British monarch since independence, welcoming Philip and Queen Elizabeth II to Dublin in 2013. That visit was controversial and took place under heightened security measures – and the lowering of the flag has too quickly stirred consternation online.

Irish nationalists decried the gesture, with one wondering “if the President of Ireland died, would the UK fly its flag at half mast?” Another declared that anyone defending the mark of respect was “no Irishman.”

The history of English rule in Ireland is a turbulent one, beginning with the Anglo-Norman invasion of 1169. Sporadic conflicts between the English and the native Irish played out until the late 17th century, when Ireland was conquered proper. Irish nationalists won independence in 1922 after a two-and-a-half-year war – but six northern counties have remained part of the UK.

No matter the history, some commenters felt that Higgins’ gesture was a commendable one. “The most Irish thing in this world is to mark the passing of a neighbour,” one wrote. “A funeral is a funeral – you show up.”