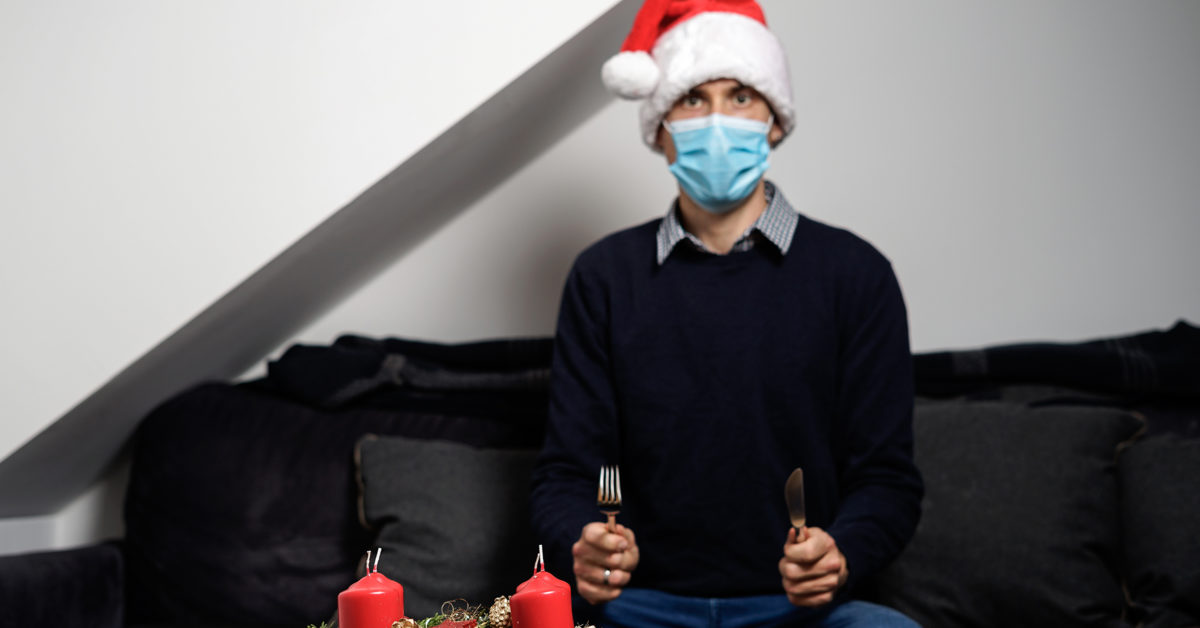 Ireland expects recently arrived visitors from Britain to celebrate Christmas and New Year’s Eve in confinement in their bedroom.

The Health Service Executive of Ireland says the tougher rules updated Wednesday are designed to prevent the spread of a highly infectious coronavirus variant already prevalent in parts of England.

Anyone arriving from Britain since December 8 must self-isolate for 14 days. “Stay in your room as much as possible and do not go outside for anything,” the advice reads.

Colm Henry, the HSE’s chief clinical officer, said this means any arrival from December 11 onward would be expected to have Christmas dinner in their own room, not at the dining table with relatives. The same prohibition on attending New Year’s Eve celebrations would apply to anyone arriving from Britain since December 17.

The rules apply to all visitors from Britain, including Irish citizens who normally live and work in England, Scotland or Wales but return to family in Ireland each Christmas.

In a typical yuletide season, nine-tenths of the more than 300,000 Irish citizens living in Britain visit family in Ireland. This year, only a small fraction of that number has traveled across the Irish Sea — a flow officially halted Monday as Ireland joined several EU members in stopping passenger traffic from Britain.

“But because of this new mutant train of the virus, which has led to rapidly growing numbers of cases in the U.K. and in my view here as well in the last week, we can’t take any chances,” Martin said.

Fundamentally, however, the new regulations suffer from logistical loopholes and weak enforcement. Those violating the 14-day isolation rule are unlikely to face legal sanctions, unless they draw attention from police when in public.

Thousands of people intent on traveling from Britain to the Republic of Ireland this week shifted their flights to the neighboring U.K. region of Northern Ireland, which decided Monday to keep flights flowing.

Authorities are imposing no physical travel restrictions along the 500-kilometer border separating the two parts of Ireland. This has left holidaymakers free to land in the north and travel south by road or rail.

Authorities in both jurisdictions are advising people not to travel outside of their county from December 26 onward, but Northern Ireland is imposing no sanctions on intra-county and cross-border travel.
#coronavirus
Add Comment