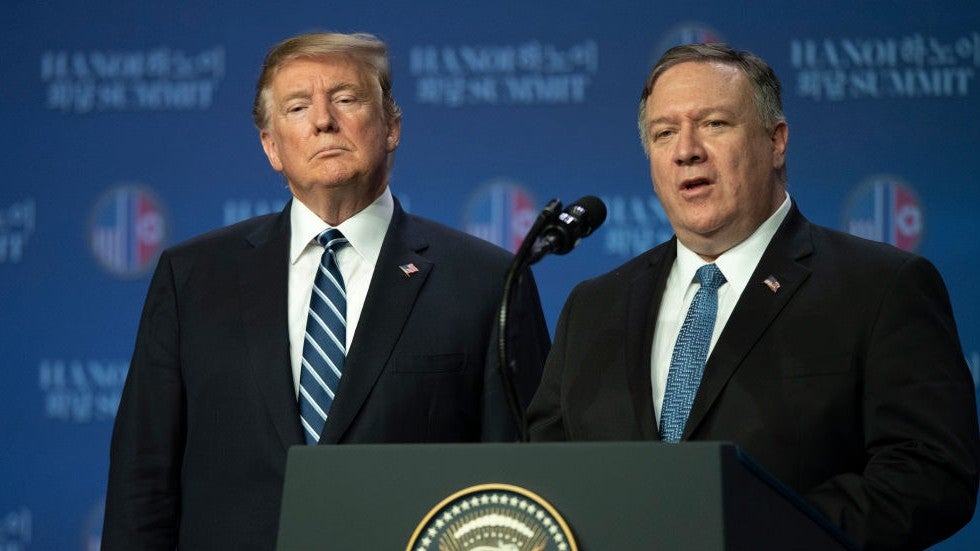 Iranian President Ebrahim Raisi is calling for former President Trump and former Secretary of State Mike Pompeo to face trial for the assassination of General Qassem Soleimani, who was killed in a January 2020 drone strike ordered by Trump.

Raisi, in a speech on Monday, said Trump and Pompeo should be "tried in a fair court" for the assassination of Soleimani. He called Trump an "aggressor," "murderer" and the "main culprit."

"If Trump and Pompeo are not tried in a fair court for the criminal act of assassinating General Soleimani, Muslims will take our martyr's revenge," Raisi said, according to Reuters.

"The aggressor, murderer and main culprit - the then-president of the United States - must be tried and judged under the [Islamic] law of retribution, and God's ruling must be carried out against him," Raisi added.

Soleimani was killed near Baghdad's airport on Jan. 3, 2020, in a drone strike that Trump ordered.

"We took action last night to stop a war. We did not take action to start a war," Trump said in a statement the next day.

The Pentagon at the time said it carried out the mission because Soleimani was "actively developing plans to attack American diplomats and service members in Iraq and throughout the region" and was "responsible for the deaths of hundreds of American and coalition service members and the wounding of thousands more."

Thousands of individuals gathered in Baghdad on Saturday to commemorate the two-year anniversary of Soleimani's assassination.

Iran is now seeking retribution for the assassination. In accordance with Iran's Islamic laws, convicted murderers can be executed, unless the family of the victims opts to receive "blood money" as a settlement, according to Reuters.

Montazeri, however, said "The criminal former president is at the top of the list," referring to Trump.

Iran on Sunday penned a letter to the United Nations Security Council, pressing the group to hold the U.S. and Israel accountable for the death of Soleimani, according to Reuters. Israel reportedly provided intelligence to the U.S. for the assassination.