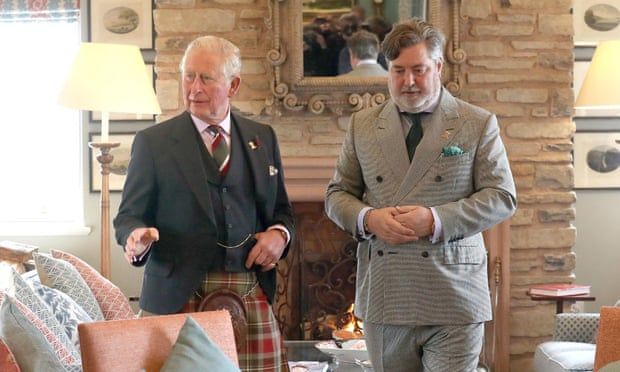 Inquiry into foundation linked to Prince of Wales launched

The Charity Commission has launched a statutory inquiry into allegations that donations intended for the Prince of Wales’ Prince’s Foundation went instead to the Mahfouz Foundation.

The investigation – which the watchdog revealed was formally begun at the beginning of November, will examine dealings at the Mahfouz Foundation – which was founded by the Saudi billionaire Mahfouz Marei Mubarak bin Mahfouz.

Michael Fawcett, one of Charles’s closest confidantes, resigned as chief executive of the Prince’s Foundation last week after claims he allegedly promised to help secure a knighthood and British citizenship for Dr Bin Mahfouz, a donor to the prince’s charity.

The Mahfouz Foundation appears to have been set up in 2012, to “promote and advance the education of the public in the UK in the history, literature, language, institutions and culture of the Middle East”. There is little information on the foundation website which shows only shows simply a photo of Mahfouz.

Mahfouz, a 51-year-old businessman and philanthropist, is the son of one of Saudi Arabia’s richest men, Dr Mahfouz Marei Mubarak bin Mahfouz. He has donated generously to Oxbridge colleges, as well as royal mansions and was given an honorary CBE by Prince Charles in a private ceremony in 2016.

According to the Sunday Times, the businessman’s aides began contacting the Prince of Wales in 2011 regarding a potential honour. Mahfouz had been advised that securing honorary roles and awards would aid his attempt to secure British citizenship or residency.

Leaked correspondence suggested that Fawcett had told Mahfouz that royal charities would be “happy and willing” to support his application for citizenship and help further upgrade the CBE to a knighthood.

A statutory inquiry is the most serious form of investigation undertaken by the charities watchdog. While opening such an inquiry is not an indication of wrongdoing, the commission emphasises they are not undertaken lightly, and normally follow extensive initial investigations.

It will look specifically at whether certain donations received by the Mahfouz Foundation were intended for the charity, and have been used in accordance with the donors’ intentions. It will assess whether the donations should be returned to the donor, or to another charity.

The Mahfouz Foundation’s Charity Commission filings show its annual income over the last five years has been just £10,000, meaning it is not subject to legal requirements to publish audited annual accounts.

The regulator has also identified concerns around the trustees’ governance and financial control of the charity. The Charity Commission lists just two individuals as trustees of the Foundation: Buseif-Hassan Lamlum and Craig Terence Nimmo.

In the event that wrongdoing is found, the Charity Commission has the power to ban trustees from charity boards, appoint the commission’s own trustees, or close the charity down. Inquiries can take months or even years.

The Mahfouz Foundation was approached for a response.
Add Comment