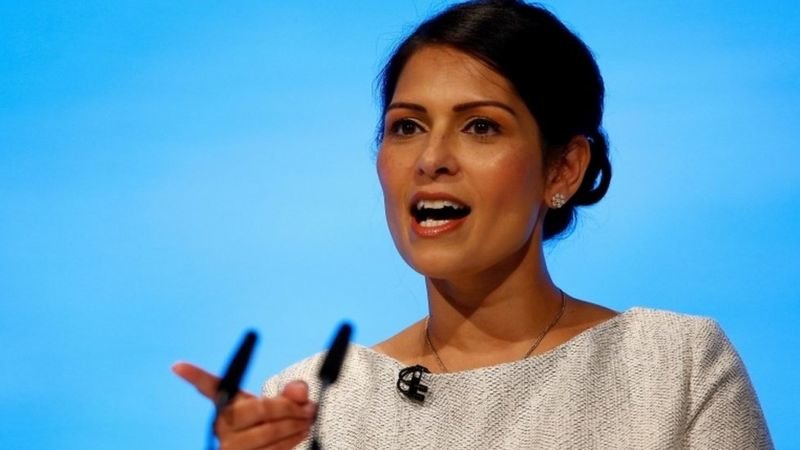 A draft report concluded in the summer that Home Secretary Priti Patel had broken rules on ministers' behaviour, sources familiar with the contents say.

The Cabinet Office began an inquiry into her conduct after Sir Philip Rutnam, the most senior Home Office official, resigned in February.

The report, carried out by the government's independent adviser on standards, Sir Alex Allan, has not been published.

But one source said it had concluded that the "home secretary had not met the requirements of the ministerial code to treat civil servants with consideration and respect".

They added that the investigation had found evidence of bullying, even if it had not been intentional.

Another source who saw the report called it "unambiguous in stating that Priti Patel broke the ministerial code and that the prime minister buried it".

A spokesman for the home secretary said she had always denied the allegations and that there had never been any formal complaints made against her.

What is the ministerial code?

It's a government document setting out "expected standards" of behaviour in office, which include "consideration and respect" for civil servants and other colleagues.

The code says "harassing, bullying or other inappropriate or discriminating behaviour" will not be tolerated.

It adds that ministers are "personally responsible" for how they act - and that they can stay in office "for so long as they retain the confidence of the prime minister".

The code is not legally binding but, according to the Institute for Government think tank, there is growing pressure for it to become so.

A different government source has suggested that the report also paints an unflattering picture of how Ms Patel was sometimes treated.

The report is understood to have looked at Ms Patel's behaviour at three different government departments - the Home Office, Work and Pensions and International Development.

The evidence gathering was completed several months ago, but Downing Street has delayed giving a verdict.

The prime minister is the ultimate arbiter of the ministerial code, and there is no requirement on the government to publish Sir Alex's report. 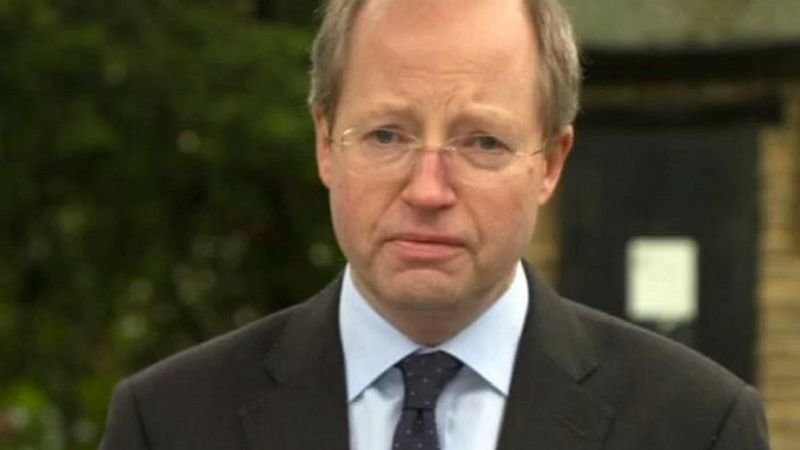 The BBC understands there have been conversations in government this week about how to manage the situation, with suggestions that Ms Patel may be given a reprimand, or be asked to apologise, but keep her job.

It is possible Boris Johnson's decision could be revealed as early as Friday.

Normally if a minister breaches the code they are expected to resign. But earlier this week former Cabinet Secretary Sir Mark Sedwill suggested there could be a "wider range of sanctions", telling MPs: "I don't think it should be binary between let off or sacked."

He confirmed then that the report was already "with" Mr Johnson.

Dave Penman, general secretary of the FDA senior civil servants' union, said "thousands" of civil servants would be asking what "message" it would send if the government suggested Ms Patel did not have to resign over a "little bit of bullying".

He described the system as not "fit for purpose", adding: "We need an independent process that's not relying upon a prime minister making a political judgement rather than judging based on the evidence."

For Labour, shadow home secretary Nick Thomas-Symonds called for Sir Alex's report to be published immediately, adding: "These revelations could not be more serious.

"This has all the hallmarks of a cover-up from the prime minister and raises fundamental questions about his judgement."

But several Conservative MPs have offered Ms Patel their support.

Tom Tugendhat tweeted that Ms Patel was popular "across" the party because she was "hardworking, determined and has been very kind to many".

Another Tory MP, Julie Marson, said the home secretary was doing a "huge job", adding: "Like many women operating in a man's world, you have to be strong and decisive."

A government spokesperson said: "The process is ongoing and the prime minister will make any decision on the matter public once the process has concluded."