An Indigenous Guatemalan woman who spent more than seven years in prison in Mexico without trial has returned to her homeland, after a court ordered her released.

The Guatemalan Foreign Ministry confirmed that Juana Alonzo Santizo, 35, who was accused of kidnapping and jailed in a northern Mexican border city, had arrived in Guatemala.

A video published on Twitter showed Alonzo being greeted by Guatemalan Foreign Minister Mario Bucaro at the Guatemala City airport on Sunday before being joined by her family and collapsing into her father’s and her uncle’s arms.

Her relatives helped her change from jeans into traditional Indigenous regional clothes.

“I am now free and I am very happy with my family,” Alonzo said in halting Spanish, which she learned while in prison.

“It has been eight years without seeing them,” she said before breaking into tears and thanking those who had supported her release.

The court had ruled there was no consistent evidence against her, said Netzai Sandoval, head of Mexico’s federal public defenders’ office.

Sandoval, whose office took charge of defending Alonzo in 2021, contends she was tortured and forced to sign a confession that she did not understand because she could not speak Spanish.

The Mayan Chuj woman left her village, San Mateo Ixtatan, in 2014 seeking to migrate to the United States, he said. She was detained by immigration officials while in Reynosa, a Mexican border city across from McAllen, Texas and one of the main smuggling points in Tamaulipas state.

Police then accused her of kidnapping and put her in jail, Sandoval said. He said the charges were not translated into her Chuj language until this year.

She never was convicted, having never been tried, and was held all that time in “pre-trial detention”.

An advocacy campaign for her freedom was supported by national and international groups and by Mexican President Andres Manuel Lopez Obrador, and the Tamaulipas prosecutor’s office withdrew the charges against her. 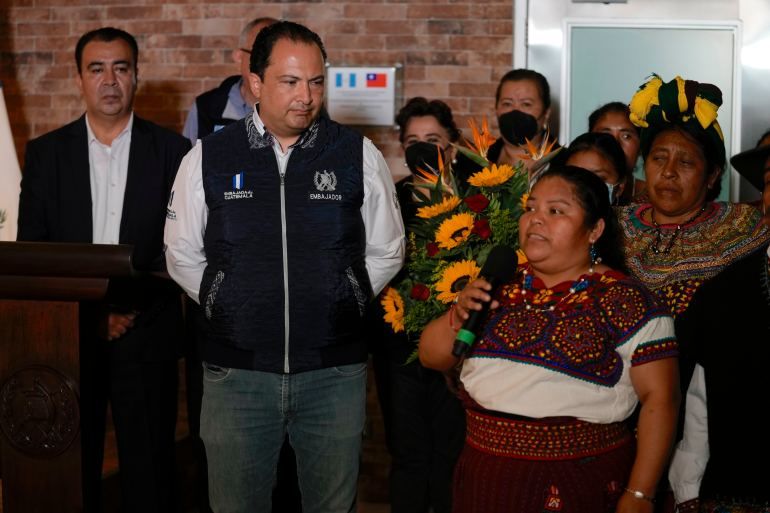 According to statistics from Mexico’s federal government, 43 percent of the people held in the country’s prisons have not been convicted or sentenced

“It is a totally aberrant case,” Sandoval said, adding that all her rights were violated because “she is a woman, she is an Indigenous person, she is a migrant, she is poor, and she didn’t speak Spanish”.

“I am an immigrant, I am not a kidnapper, because I am ignorant, this happened to me because there was never a translator, there was no one, my consulate was not with me, that is why everyone took advantage of me, but right now, thank God, I am free, I am happy,” Alonzo said.

Pedro Alonzo, an uncle, said she had migrated in hopes of helping her family.

“Her crime was being unable to speak Spanish. Who is going to pay for that scar?” he said.

According to statistics from Mexico’s federal government, 43 percent of the people held in the country’s prisons have not been convicted or sentenced.