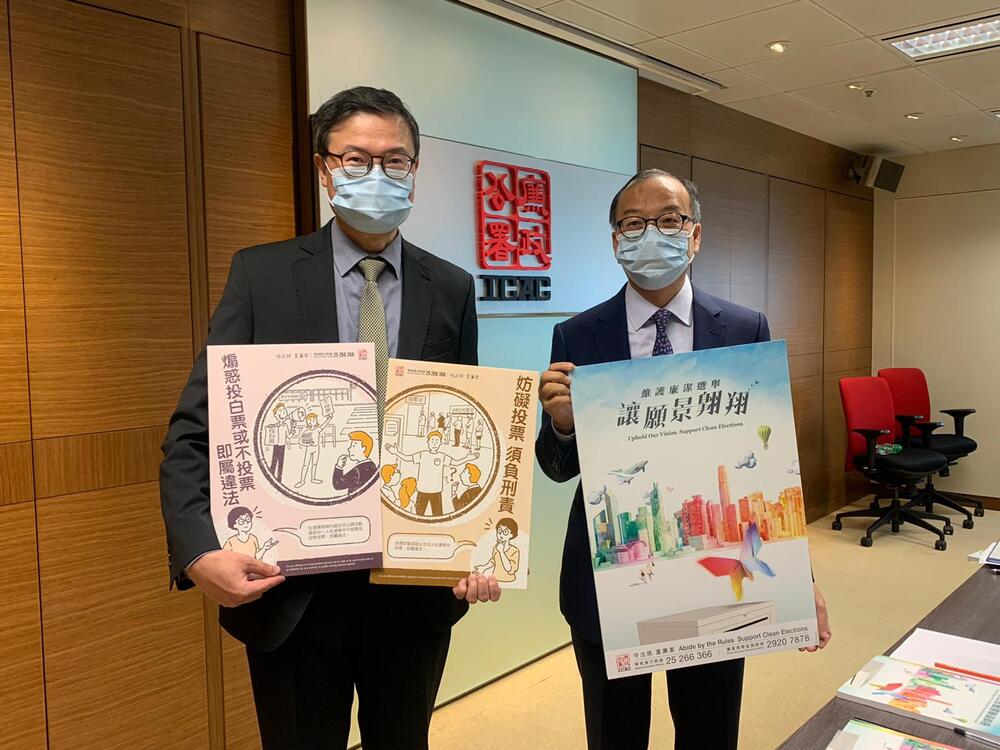 ICAC to send 800 officers to handle complaints on election day

Independent Commission Against Corruption (ICAC) will send about 800 officers to polling stations on Legislative Council election day, as the watchdog warns the public against inciting others to cast blank votes.

They said 90 members for the Legislative Council will be elected on December 19 in the first election since the electoral system has been improved, and they must ensure the election will be staged fairly, openly, and honestly.

Some 800 officers will patrol and inspect the polling stations as well as the counting stations, and they may enforce the law if they find anyone breaching the Elections (Corrupt and Illegal Conduct) Ordinance. Officers at the stations will also handle inquiries and complaints from voters, Ho said.

There will also be a 24-hour hotline for voters to file their complaints, Ho added.

Ho on another note reminded citizens not to break the law, such as publishing articles to incite others to cast a blank or invalid ballot. He stressed that the ordinance empowers officers to enforce the law even if the offenders are located overseas.

In late-October former lawmaker Ted Hui Chi-fung, now in exile in Denmark, called on the public to boycott the election by casting blank ballots. Two men and a woman aged 29 to 65, who shared Hui's Facebook post, were arrested by ICAC on Tuesday last week (Nov 9) for violating the ordinance.

Reporters gave several scenarios, including sharing an inciting article online without commenting, or a person claiming that he or she has cast a blank ballot and asked whether these situations will be considered as breaking the law.

Ho replied that he couldn't speak of all the scenarios at once and whether a voter breaks the law depends on the actual circumstances.

As for articles that comment on the election, it depends on the actual content, he continued, saying that the ordinance aims to prevent the election from being controlled.

As of Friday last week (Nov 12), ICAC received six complaints regarding the coming election, where citizens were caught calling on others to cast blank or invalid ballots.
#facebook
Add Comment