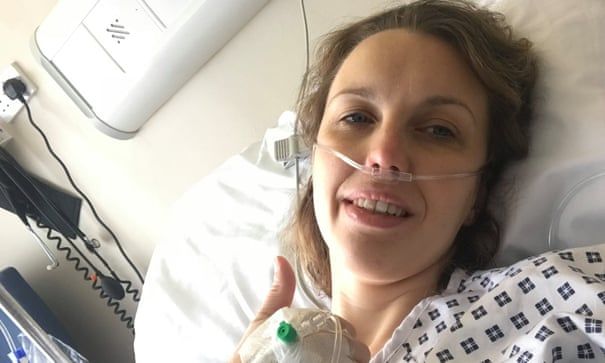 ‘I was told to live with it’: women tell of doctors dismissing their pain

As a teenager, Kelly Moran was incredibly sporty: she loved to run and went to dancing lessons four times a week. But by the time she hit 29, she could barely walk or even drive, no longer able to do all the activities she once enjoyed. She had pain radiating into her legs.

“When I was on my period I would be crawling to the bathroom as I could not stand upright and living alone I would go days without food,” the 35-year-old says.

Her pain was repeatedly dismissed by doctors, who told her it was in her head. She moved back to her parents’ house in Manchester and left her job. She decided to seek treatment privately and was told she had endometriosis. Soon, with the right treatment, her life improved.

Kelly is among dozens of women who got in touch to share their stories with the Guardian on the topic of women’s pain. Women are almost twice as likely to be prescribed powerful and potentially addictive opiate painkillers than men, a Guardian analysis shows. Data from the NHS Business Services Authority, which deals with prescription services in England, shows a large disparity in the number of women being given these drugs compared with men, with 761,641 women receiving painkiller prescriptions compared with 443,414 men, or 1.7 times, and the pattern is similar across broad age categories.

The women who reached out said they felt that they were often “fobbed off” with painkillers when their problems required medical investigation.

Kelly says she was constantly given powerful prescription opiates as opposed to a diagnosis. “Doctors are so happy to hand out painkillers and that is frightening really,” she says. “The word hysterectomy comes from hysteria which is the removal of the womb and that is meant to subdue women and make them normal. I think there is still this belief of hysteria [when women report pain]. That we believe that there is pain there when it isn’t,” she says. Kelly adds that women are also often offered antidepressants as well.”

“I have friends who have been on tramadol so long they cannot get off them and that is meant to be a short-term thing,” she says.

Studies and news reports have long shown the difference in pain management. The Guardian reported extensively about the harm done by vaginal mesh – huge numbers of women suffered unnecessarily and were dismissed when they raised concerns about the side-effects they endured after supposedly corrective surgery. 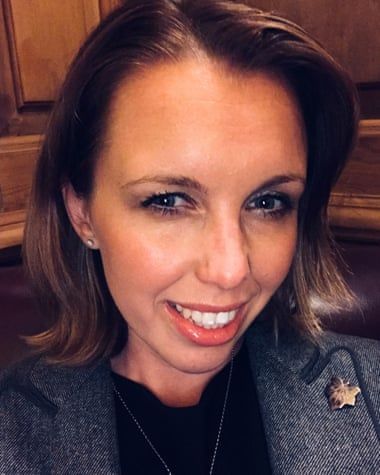 Kelly says endometriosis is ‘invasive and destructive’ to every element of life.

A 2001 study by researchers at Maryland University, titled The Girl Who Cried Pain: A Bias Against Women in the Treatment of Pain, found that women were less likely to receive aggressive treatment when diagnosed and were more likely to have their pain dismissed.

The Cumberlege inquiry found that “denial of women’s pain contributed to decades of scandals. For many women, not being listened to or believed led to emergencies, misdiagnosis and years of unnecessary pain”.

Deanna Troi, 24, from the Midlands says that her pain is ever-present. She says she experienced painful periods at 14 and it has continued since. She has been given anti-inflammatories and codeine. “I went through cycles of getting more and more painkillers and, over the years, I have been prescribed several different types. I feel GPs are more interested in giving me painkillers than finding out what is wrong with me.”

“Vulvodynia is an aggregate condition – nerves recall a previous trauma, even when the original cause of that trauma has been removed. And so, with every new painful experience – another speculum swab, a biopsy, an ill-considered topical treatment – these learned pain responses are reinforced,” she says.

“Suddenly, the long journey to diagnosis (owing to the dismissal of your pain as ‘in your head’ or having no cause) goes from being frustrating and inconvenient to something that actively exacerbates the pain. I was about five years into having the condition before anybody actually explained this to me.”

Kelly says endometriosis is “invasive and destructive” to every element of life. “You reach a point where you’ll take anything to make the pain stop,” she says.

“Before my first surgery I was told I needed to learn to live with my new normal, unable to drive, rock climb, hike, not working and living with my parents was what I apparently needed to accept. How could I accept that when the year before it got really bad, I was fighting to live the dream as an engineer on a once-in-a-lifetime project?

“The year following my first surgery I was leading metals research and development in Europe for Boeing,” she says. “What if I had accepted my ‘new normal’ or not had the means to have private care? I don’t need to imagine the alternative, as I have friends trapped in that position. Year on year trying to advocate for themselves through the pain.