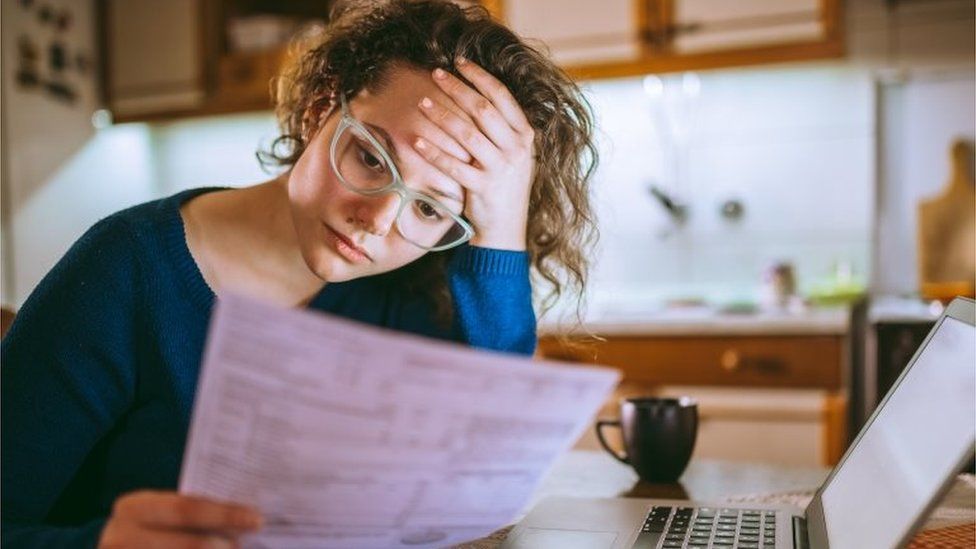 Chancellor Rishi Sunak has said he "understands people's anxiety... about rising prices" and insisted he will "always be listening" to concerns.

He pointed to a living wage rise and the winter fuel payment as ways the government is helping people.

But the chancellor is coming under pressure from Labour and some of his own MPs to cut the VAT on energy bills.

And minister Jacob Rees-Mogg is reported to have raised concern about a tax rise coming into force in April.

On Wednesday, the Financial Times said the leader of the House, Mr Rees-Mogg, had argued against a hike in National Insurance in a Cabinet meeting, calling instead for savings to be made in government spending.

The government says the rise will initially help tackle the backlog in the NHS, and later be invested in social care.

Asked if there were splits in the Cabinet over the tax, Mr Sunak said he had respect for his colleagues but added that it was "not a responsible thing to do" to "duck difficult decisions" and that people wanted the government to invest in the NHS and social care.

The tax rise is due to kick in during April, around the same time households could see a big rise in their energy bills.

Soaring global gas prices on the wholesale market have put pressure on suppliers, and 27 energy companies have gone bust.

Speaking in the Commons on Thursday, Conservative MP Peter Bone urged the government to cut VAT on energy bills to help consumers.

"Energy costs are not a luxury, they are a necessity, something that you can't avoid. You need to heat your home," he said.

Labour are also urging the government to scrap VAT on energy bills with the party's deputy leader Angela Rayner accusing the prime minister of failing "to invest in long term energy security" and that "yet again working families are picking up tab for his incompetence" at Prime Minister's Questions on Wednesday.

Liberal Democrat leader Sir Ed Davey says the warm homes discount should be increased from £140 per year to £300 and offered to more people.

Speaking to the Today programme, he said: "We've got to pay for it. But one of the other effects of the big rising global gas prices, as well as hitting people with their heating bills, is it's resulted in record profits for the oil and gas sector.

"I think at this stage, when people are going to face an average increase in energy bill of nearly £700, and these oil and gas sectors are making super-profits, it's not unreasonable to ask them to make a contribution."

Speaking from a vaccination centre in West Sussex, the chancellor said the government had put in place a series of measures to help people with energy costs.

"We announced half a billion pounds towards the end of last year to help millions of families - £100-£150 to help them get through the winter," he said.

"There is support there for people," he said, but added that he was "always listening making sure the policy we've got will support people in the way we want it to, and that's what our track record over the last year or two shows".

What are the options to tackle the energy crisis?

Abolishing VAT of 5% on energy bills would be quick and easy, but is considered a blunt instrument, as it would provide support to well-off customers who don't need it.

And for those that do need it, 5% of a possible £700 price rise is pretty small.

The government could temporarily suspend the additional levies on bills that fund green policies.

But that would be a tricky sell in some quarters, after the UK hosted a major global climate summit, and these levies are designed to reduce dependence on volatile fossil fuels.

One other option is to extend and expand the Warm Homes Discount. Currently, customers in receipt of certain benefits can apply for a one-off payment of £140.

And another option - suggested by the industry - would be to subsidise the energy companies themselves, by establishing a fund or facility which would allow them to draw down government cash when wholesale prices were very high and then pay it back when prices dipped again.