As the Conservative politician with the most marginal constituency in Great Britain, James Daly ought to have an especially keen interest in the leadership of his party. But on Monday morning, the MP for Bury North in Greater Manchester insisted the no-confidence vote “came as something of a surprise”.

So much so that he had set off to campaign in the Wakefield byelection when he heard the news and had to promptly turn around to get the next train to London.

Having been elected in 2019 with a majority of just 105 votes over Labour, Daly’s position is particularly precarious. But he said he was sticking with Boris Johnson because his government had “delivered millions of pounds of investment for Bury”, with behind-the-scenes suggestions of more to come from the shared prosperity fund.

He was not convinced Johnson’s rivals would do the same: “It may be that I’m just Billy No Mates, but nobody’s come to me and set out their vision for the north of England or for Greater Manchester, and said: ‘If you vote for me, then we are going to ensure this still happens.’”

Many of those who voted for Daly see things differently. Fresh from her tai chi class in the village of Greenmount, Mary Farrington’s meditative zen was instantly spoiled by talk of the prime minister. 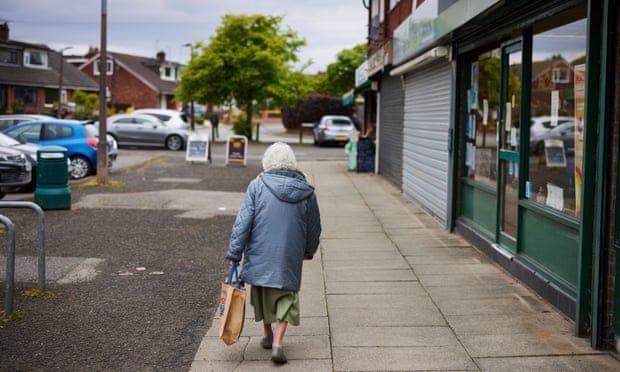 Bury North, where the Tory incumbent was elected with a majority of just 105 votes over Labour.

“I did vote for him, but I think he’s a disaster,” said the retired medical secretary. “He may be a very intelligent, funny man, but he’s not a good prime minister. It’s very disillusioning. You can’t believe anything and it’s spread to the rest of the party.” She would not be voting Tory again, she added.

The parties were less of a problem than lying about their existence, said her friend, Barbara Robinson, a retired pharmaceutical analyst and former Conservative voter. “In terms of partying, it wasn’t a mad party, though they were drinking and mixing when we weren’t. But to lie about it consistently and to lie in the House of Commons, that’s the problem.”

Though she had spent the long jubilee weekend at her daughter’s wedding, news had still reached Robinson of the reading Johnson had given at the Queen’s thanksgiving service (Philippians 4:8): “Whatever is true, whatever is noble, whatever is right ... think about such things.”). “He had a nerve to read that out loud,” she said, tutting. “Somebody was clearly having a dig who set that verse for him to read.” 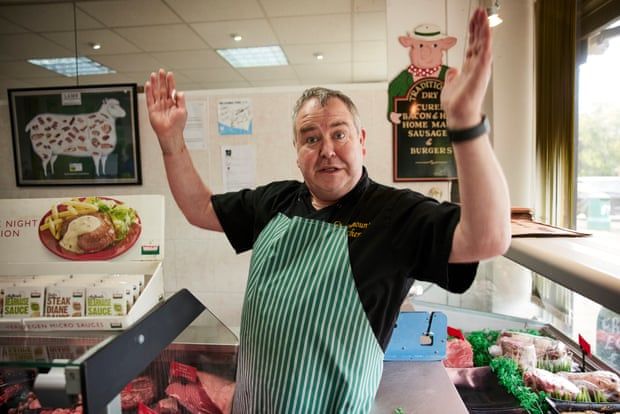 Butcher Robin Skinner: ‘I think [Johnson] has been an absolute fool.’

Robin Skinner, Greenmount’s butcher, was another disillusioned Tory voter. “I think [Johnson] has been an absolute fool. You can’t defend him over the parties. When it comes to the state of the economy, I don’t think he can do a right lot about it – it’s not just us that’s suffering from inflation. But the parties, no. It’s up to him to tell the truth about them.”

Nurse Jo Slater, a lifelong Tory, was conflicted. “Personally, I really like Boris. I think he’s a good prime minister. The only thing he’s not got in his favour, which is really unfortunate, is the parties,” she said. “It’s not really forgivable when people couldn’t even see their dying relatives in hospital. If I didn’t like him as much as I do, I would be saying he’s got to go.” 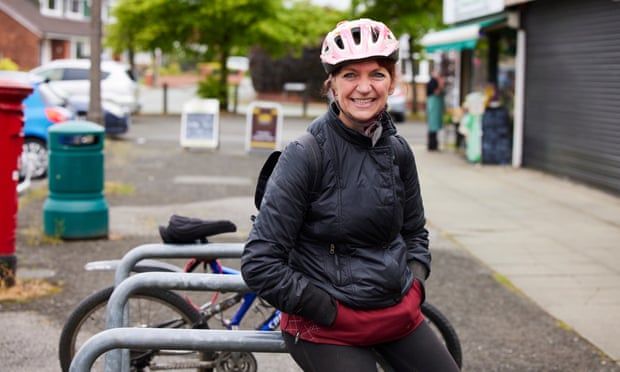 Nurse Jo Slater, a lifelong Tory: ‘If I didn’t like him as much as I do, I would be saying he’s got to go.’

The local elections did not go well for the Conservatives in Bury, losing three seats and seeing one of their former stalwarts storm to victory as an independent (“My values are no longer aligned to those of Bury Conservatives,” said Yvonne Wright when she quit the party in February). Her departure came shortly after Christian Wakeford, Bury South’s MP, defected to Labour in January, saying he could “no longer defend the indefensible”.

Greenmount is part of North Manor council ward, a Tory stronghold that usually elects candidates with majorities of 1,000 or more. But this time Labour was within 207 votes of taking a seat.

With such a slim majority to overturn in the next general election, Labour looks to have a very good chance of winning back Bury North. But they too may have a leadership problem. “Keir Starmer doesn’t fill me with confidence either,” said Robinson. “He’s in this Partygate thing now and he’s looking as if he’s lied too, hasn’t he?”