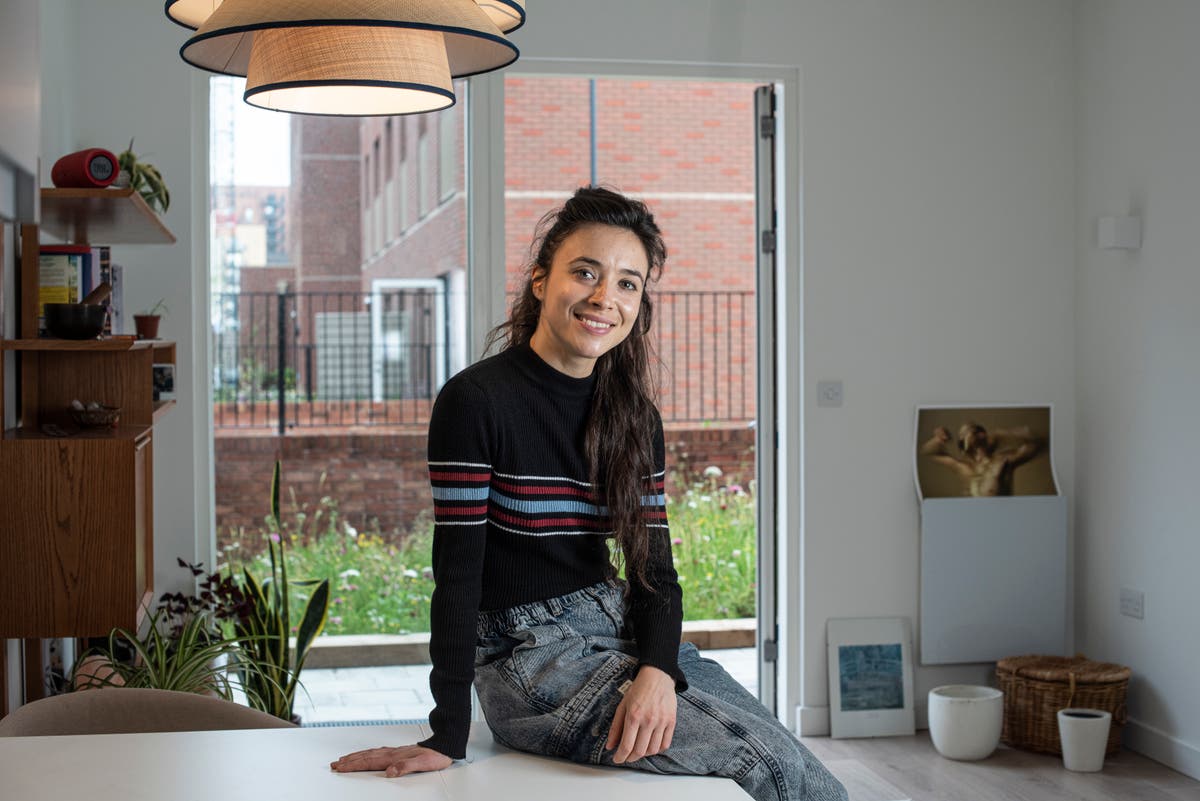 At just over 400 sq ft, Emma Farnell-Watson’s first home is far from large. But after four years spent couch-surfing, house-sitting and lodging just being able to unpack her possessions feels like the height of luxury.

Keen to buy a place of her own, but without the bank of mum and dad or a hefty salary to fall back on, Emma, a ballet and contemporary dancer, decided her best option was to cut her living costs down to the bone.

She sacrificed stability for affordability, and by the start of this year had saved an impressive £50,000, which was enough to get her on to the property ladder at the age of 26.

“It was amazing being able to be nomadic for so long because it meant I saved a lot of money — but I was living out of a suitcase a lot of the time, with most of my clothes stored at my parents’ house,” said Emma. “I didn’t feel like I had a home.”

The longest Emma lived anywhere during her years on the move was a flat in London Bridge. It belonged to a friend who let her rent the spare room for about a year.

But in the year before the pandemic Emma was on the move constantly and had half a dozen different addresses.

Emma first moved to London in 2013 to study at the London Contemporary Dance School.

She graduated in 2016 and began to build her career, but quickly became disenchanted with the joys of the London rental market.

“Through my work as a dancer I have built a strong community of creative friends and contacts and moved from place to place — house-sitting while people were away on projects or renting lovely rooms at mates’ rates,” said Emma. “There was a significant amount of sofa-surfing involved as well.

“I think lots of people who work in creative industries consider home-owning in London as out of reach, but it is possible if you’re savvy about it.”

Emma moved into her one-bedroom flat in Barking in May. “It feels amazing,” she said.

Despite her years of saving, Emma’s budget was modest by London standards, so she opted for a £200,000 micro-flat by Pocket Living, a developer that specialises in building compact but budget-friendly apartments.

Emma is freelance, which means that she doesn’t have a set annual salary. But on a good year she earns about £45,000 and this allowed her to borrow £150,000 to pay for her flat. She also benefited from the stamp duty holiday.

“My flat is south-facing, which was really important to me, and I want to keep it fairly uncluttered, but it certainly doesn’t feel small to me,” she said.

“Having a terrace really makes a difference, and I am just really grateful to have my own kitchen.”
Add Comment