Rishi Sunak has said he regrets Sir Gavin Williamson's ministerial appointment ended in resignation amid bullying claims against him.

The prime minister said Sir Gavin had been right to resign, adding his behaviour had been "unacceptable".

Mr Sunak said he had not known of "specific concerns" about his conduct in two previous ministerial roles.

But Labour's Sir Keir Starmer accused him of failing to "stand up to a run-of-the-mill bully".

Mr Sunak has faced criticism over the decision in recent days, following claims of abusive behaviour by Sir Gavin towards MPs and the emergence of a complaint by a civil servant.

Sir Gavin, who has denied any wrongdoing, quit on Tuesday night, vowing he wanted to "clear my name" during probes into his past conduct.

Speaking at Prime Minister's Questions, Mr Sunak said it was "absolutely right" Sir Gavin had gone, and that his behaviour was now being investigated.

Asked by Sir Keir whether he regretted appointing Sir Gavin, Mr Sunak replied: "I obviously regret appointing someone who has had to resign in these circumstances."

Complaints against Sir Gavin emerged after expletive-laden texts he sent to then-chief whip Wendy Morton last month were published in the Sunday Times.

A civil servant then told the Guardian Sir Gavin had told them to "slit your throat" and "jump out of the window" on separate occasions during his time as defence secretary.

Sir Gavin's former deputy, Anne Milton, has also claimed he had behaved in a "threatening" and "intimidating" way towards MPs while he was chief whip. 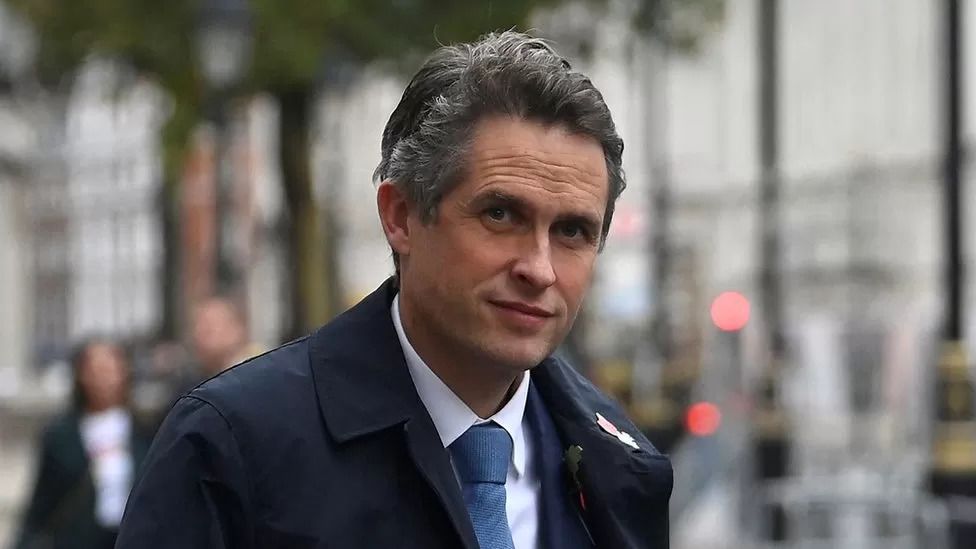 Sir Gavin Williamson resigned on Tuesday, saying claims against him had become a "distraction" for the government
At PMQs, Mr Sunak said he "did not know about any of the specific concerns" about his conduct as defence secretary or chief whip.

Downing Street has previously said the PM was aware of a "disagreement" between Sir Gavin and Ms Morton before appointing him, but not the detail of the messages he had sent her.

In response, Labour's Sir Keir said Sir Gavin had "spent years courting the idea that he can intimidate others, blurring the lines to normalise bullying behaviour".

Referencing the pet tarantula kept by Sir Gavin when he was chief whip, he called him a "cartoon bully with a pet spider". "It's precisely why the prime minister gave him a job," he added.

The Labour leader also criticised Mr Sunak for thanking Sir Gavin for his "personal support and loyalty" in a letter responding to his resignation.

"What message does he think it sends when, rather than take on the bullies, he lines up alongside and thanks them for their loyalty?" Sir Keir added.

Sir Gavin has been reported to the MPs' bullying watchdog, the Independent Complaints and Grievance Scheme, over his messages to Ms Morton. The Conservative Party is mulling whether to launch a formal probe of its own.

Following the accusations about his time as defence secretary, No 10 had said it was seeking to establish the facts. Mr Sunak's spokesman had said the PM "would act if and when he felt it was appropriate to do so".