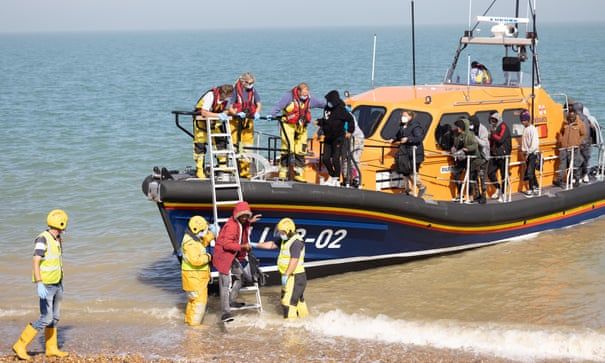 ‘I am in the same boat’: anger and empathy greets Dungeness migrant arrivals

Hundreds of migrants are risking their lives once again to reach English shores, but a polarised reception awaits them

There were shouts of “lawbreakers” and “go home” as 15 migrants staggered on to the shingle of Dungeness beach in Kent, greeted by a handful of hostile onlookers. One woman also directed her anger at the lifeboat crew who rescued those making the dangerous journey across the Channel by small boat. “Traitors,” she yelled repeatedly.

Those who made it ashore on Tuesday included three Eritrean teenagers. “I’m fine but I got a little bit in the water,” said one. His jeans were soaked through. “I have a brother here, I think in London,” he said, but he didn’t want to add more. “I am too hungry.”

A middle-aged woman looked exhausted as she came off the lifeboat. She said she was Iranian. A 17-year-old from Somalia said he was “very happy” but appeared shattered.

Two hours later a second lifeboat arrived, carrying up to 100 people including several children. As one of those rescued kissed the beach and prayed, there was a shout of “we worship Jesus”. 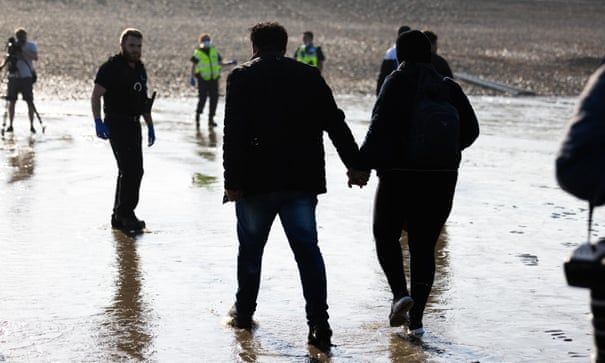 Two migrants hold hands as they make their way to shore to be processed by police.

After a run of bad weather, hundreds of asylum seekers made the journey from France on Monday and Tuesday, risking their safety in the hope of a better life and shining a light back on to the dangerous crossings. Charities said the current humanitarian crisis in Afghanistan underlined refugees’ desperation.
Advertisement

The RNLI has been put in the frontline of the rescues – and despite the abuse aimed at the crew, support for the charity has boomed in recent months.

In July, donations to the RNLI rose 3,000% after its chief executive hit out at Nigel Farage’s claim that it was running a “migrant taxi service”. 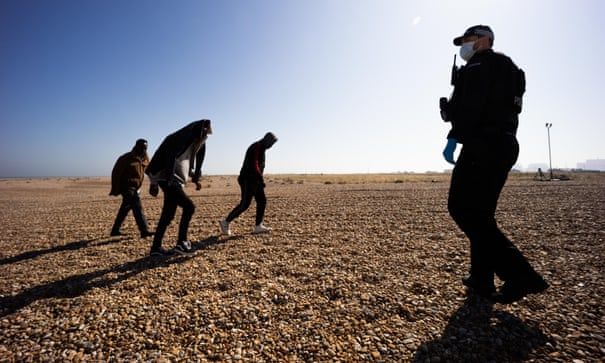 John Thompson, 74, and his wife, Christine Thompson, 65, who were on the beach taking pictures of the lifeboat for their three-year-old grandson, were supportive of the crew. John said the lifeboat crews had a “humanitarian duty” to save those in distress at sea.

He said: “It goes without saying that we must help those fleeing Afghanistan, but I haven’t got the answer as to how we get them from there to here. What’s happening here feels like a separate issue. It is difficult to know how many are genuine asylum seekers.”

Christine, who is Austrian and grew up in Switzerland, feels some affinity with those coming ashore. “I’m an illegal at the moment because I’ve not had my status confirmed even though I’ve been here 40 years. So I am in the same boat, and I’m extremely cross. I don’t know if I’ll get a pension.” 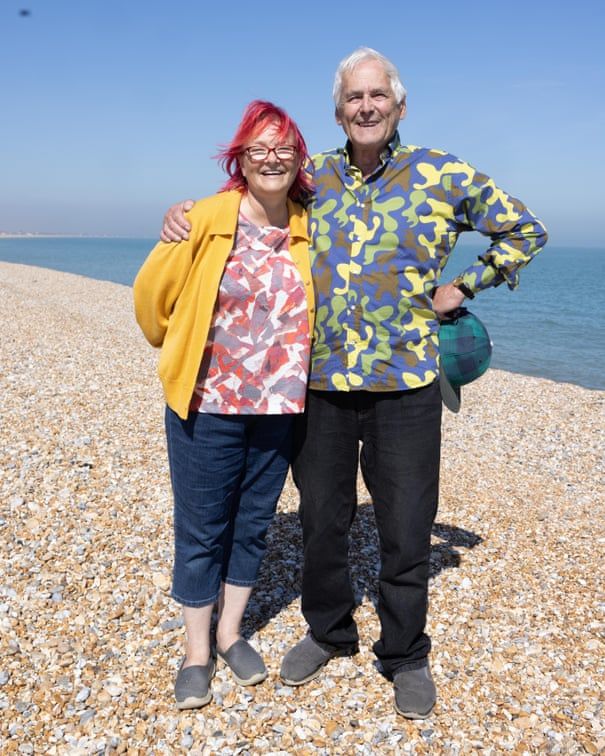 John and Christine Thompson, husband and wife, taking photos of the RNLI lifeboat for their three-year-old grandson.

John said: “There are some parallels here [with] Christine’s situation, and it’s painful. You are at the mercy of the authorities. She has been treated outrageously but she has been a model citizen and worked for years for the Samaritans.”

“What’s going on in Afghanistan has nothing to do with what’s happening here.”

Tart is also opposed to RNLI boats getting involved. She said: “It’s people trafficking and the RNLI should not be escorting them to shore. Why aren’t Border Force picking them up?” 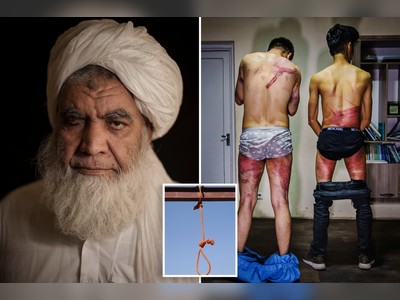 The Taliban will once again resort to executions and amputations to enforce a strict interpretation of Islamic law – though possibly... 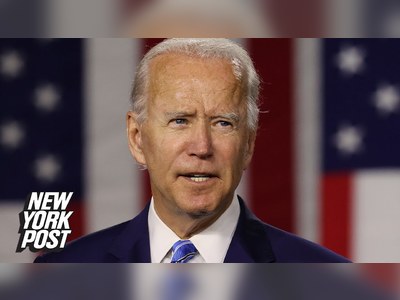 Biden could owe as much as $500K in back taxes

Ankara’s ties with Washington remain “not healthy,” as the US continues to act towards Turkey in a manner that’s not “honest,”...
×