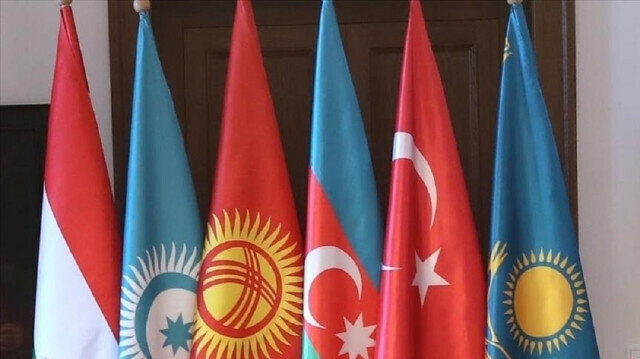 Hungary in the Organization of Turkic States: A Bridge between East and West

Hungary’s geopolitical location within the European Union makes it a valuable partner for the OTS. Thanks to this, it can become a valuable bridge between the West and the East

The 8th Summit of the Turkic Council, organized in Istanbul on 12 November 2021, can be perceived as an important step towards institutionalizing the cooperation between the Turkic States. With this meeting, The Council's name was changed to Organization of Turkic States (OTS), and Turkmenistan joined the organization as an observer member by maintaining its self-declared neutrality.

With this enlargement, the OTS now has five members; Azerbaijan, Turkey, Kazakhstan, Kirgizstan, Uzbekistan and two observer members; Hungary and Turkmenistan. During the summit, the establishment of the Turkish Investment Fund and acceptance of "Turkic World Vision-2040" were two prominent developments. President of Azerbaijan, Ilham Aliyev, was also awarded with the "Supreme Order of Turkic World" in recognition of the liberation of Azerbaijan's territories as a result of the 44-day war in 2020. The chairmanship was also handed over from Azerbaijan to Turkey for the next period.

Prior to the summit, Hungarian Foreign Minister Péter Szijjártó praised his country's endeavors for strengthening intra-Turkic cooperation by promoting investment opportunities and trade between the members.

He also acclaimed Hungary's efforts in giving a high number of scholarships for students from Turkic states, as the quota is 870 right now, but it is expected to rise in the future. After all, Hungary's relations with these countries go far beyond economic relations. Its special relations with the OTS have several pillars stemming from the shared history and culture as well as geopolitical considerations.

Historical and cultural ties always play an important role. Hungarian tribes conquering the whole Carpathian Basin in the early 10th century, having a steppe culture and applying military tactics helped them defeat various German, Slavic and Byzantine armies. Not surprisingly, they were all called "Turk" in the contemporary chronicles.

Later on, Hungarian plains served as a shelter for various Turkic tribes, like large groups of Cumans or kunok. Although the late Middle Ages and Early Modern Ages brought two empires against each other, the end of Ottoman rule in central and southern territories of the country transformed the relations almost immediately. After the upcoming centuries, the Empire hosted various Hungarian notabilities as refugees after failed wars of independence against the Habsburg rule. Their residences are now the symbols of mutual cooperation: i.e. Ferenc Rákóczi's house in Tekirdağ is the most famous one among them.

In the late 19th and early 20th centuries, in line with Ármenius Vámbéry's journeys in the Ottoman Empire and Central Asia, it was actually Hungary from where the idea of Turanism emerged. It got an enormous institutional boost by establishing the Turan Society in 1910. The ties between the Ottoman Empire and later on between Turkey and Hungary were close during the WWI and interwar period. Yet, it has changed after Hungary's integration into the Soviet bloc after 1945.

Friendly relations were resumed after the Hungarian regime change and transition to democracy. Nevertheless, they improved significantly after 2013, when President Recep Tayyip Erdogan visited Budapest and held a meeting with Prime Minister Viktor Orbán. At that time, the geopolitical situation was already considerably different compared to the 1990s or early 2000s.

Hungary became the member of NATO (1999) and the European Union (2004), but it was still suffering from the consequences of the global financial crisis (2008-2009), while Turkey was experiencing unprecedented economic growth and at the same time, as an EU candidate country, it was facing major turmoil in its neighborhood. Thus, the two leaders were committed to strengthening relations between the two countries not only by increasing bilateral trade and investment but also by reinforcing existing cultural ties.

This turn has given a fresh impetus towards Hungarian foreign policy ambitions to establish closer ties with the Turkic States. Hungary decided to strengthen the bilateral relations by opening embassies in Central Asia. Importantly, high-level meetings have become regular between Turkey and Hungary.

The institutionalization of relations reached its peak with Hungary's accession to the Turkic Council as an observer member in 2018 at the Cholpon-Ata summit in Kirgizstan. Almost one year later, in September 2019, the inauguration of the European Representation Office of the Turkic Council was held with the participation of the member states' Foreign Ministers. The opening of the office was a strong message given by Hungary to represent the community's interest in Europe and proved its commitment towards further institutional development. The Hungarian government made a commitment that it would open embassies in every country and establish a strategic partnership at a bilateral level with the members. This goal has been achieved recently.

Not surprisingly, Hungary welcomed Uzbekistan's accession to the OTS in 2019 and it endeavored to grab the opportunity to benefit from Uzbekistan's diplomatic and economic opening, thus in late March 2021, President Shavkat Mirziyoyev and Prime Minister Viktor Orbán signed a Joint Declaration on Strategic Partnership between the two countries. Hungary also expressed its support for the territorial integrity of Azerbaijan during the 2nd Karabakh war and indicated its readiness to participate in the reconstruction.

- Hungary's potential contributions to the Council

Even as an observer member, Hungary may contribute to the development of the organization in various fields. Most importantly, Hungary's geopolitical location within the European Union makes it a valuable partner for the OTS. Thanks to this, it can become a valuable bridge between the West and the East.

In addition to that, as was already by the Hungarian Minister of Foreign Affairs mentioned at several meetings, strengthening economic cooperation is a key for further progress that Budapest is ready to support. That is why the establishment of the Turkic Investment Fund was very welcomed. In line with this, sharing valuable know-how and knowledge available in Hungary, ranging from water management via agriculture to pharmaceuticals, may boost the economic development of the member states and their economic integration.