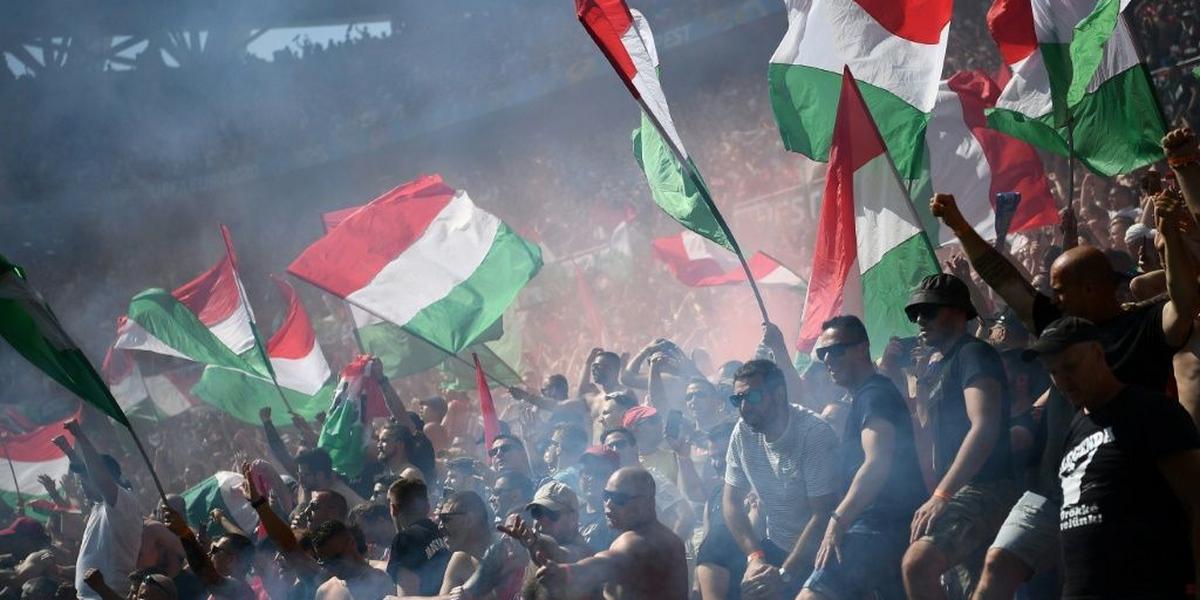 Hungary will face England in World Cup qualifying at a packed stadium in Budapest, despite a UEFA ban for the behaviour of fans at Euro 2020 matches

Hungary coach Marco Rossi said Wednesday he was "on the side" of England players if they receive racist abuse from home fans during Thursday's World Cup 2022 qualifier in Budapest.

"I hope that we will not face these kind of situations tomorrow," Rossi, an Italian, told a press conference at the team's base in Telki near the Hungarian capital.

"But in case it happens we are absolutely on their side, on the side of the English players of course," he said.

UEFA ordered Hungary to play their next three home matches behind closed doors and fined the Hungarian football federation 100,000 euros ($118,000) for "the discriminatory behaviour of its supporters" at Euro 2020.

But Thursday's sell-out tie is organised by FIFA and will take place in front of 60,000 home fans at the Puskas Arena.

"Our fans are one of our biggest weapons and as it's a FIFA competition we start with a clean slate, so we hope it stays like that," he said.

Earlier, England coach Gareth Southgate refused to be drawn on what action his players would take if they are abused again.

"I don't think we should speak hypothetically," he told a press conference.

England's European Championship qualifier in Bulgaria in October 2019 was twice stopped due to racist chanting.

Southgate's players also faced racist abuse online from accounts based in England after their Euro 2020 final loss to Italy.

"We know the experience we had before (in Bulgaria), but we're going to Hungary preparing for a game against a crowd that will get behind their team and we're looking forward to the challenge of the match. Everything else is speculation," he said.