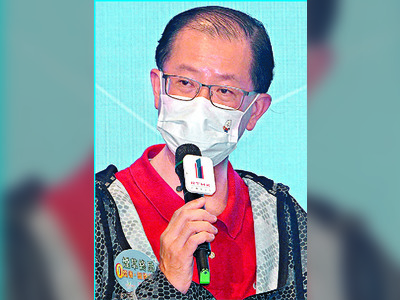 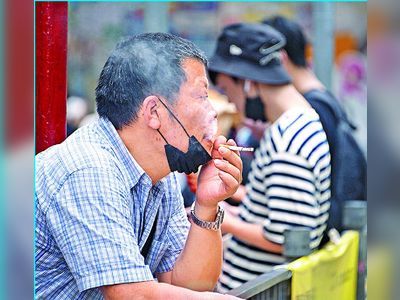 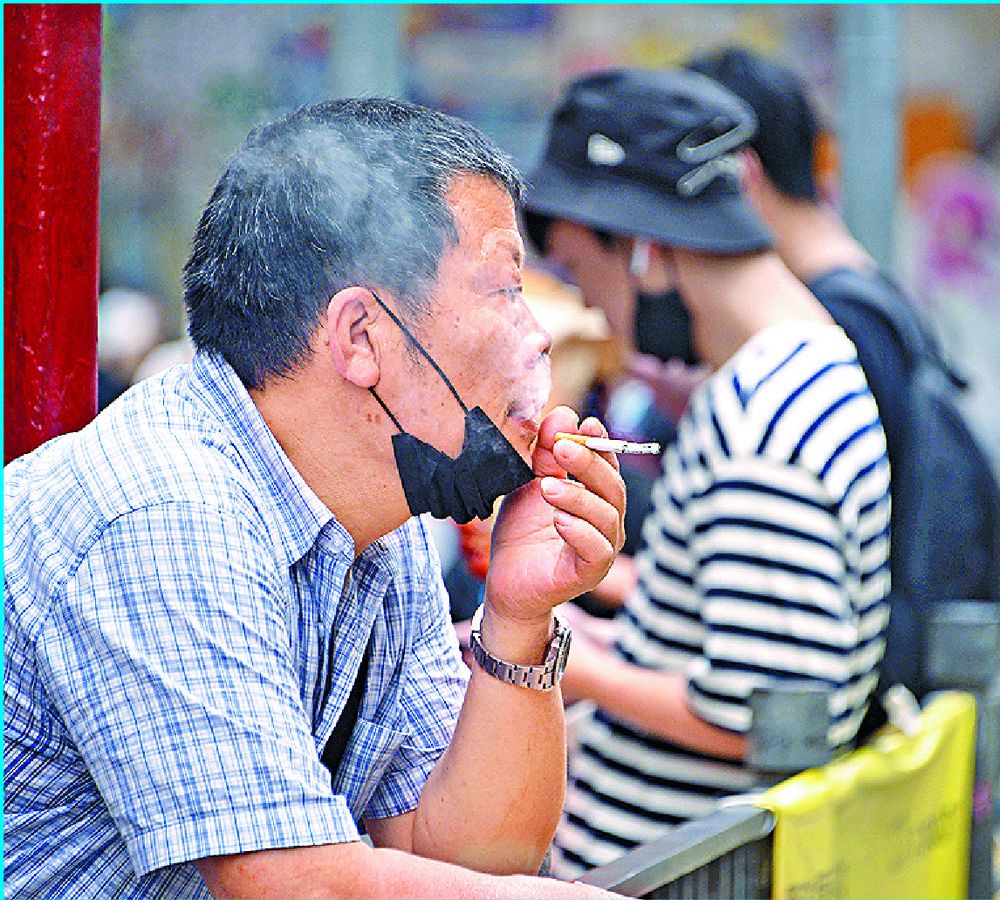 Authorities are likely to announce in next February's budget a jump in the price for a pack of cigarettes to HK$100 from HK$59 by increasing the tobacco tax, Hong Kong Council on Smoking and Health chairman Henry Tong Sau-chai said.

His comment was made after the SAR announced its goal of cutting the smoking prevalence rate to 7.8 percent by 2025, from the current 10.2 percent.

Tong said raising the tobacco tax is the most effective way to achieve the goal, adding that the tax rate has not been adjusted substantially over the decade.

"We had raised the tobacco tax rate thrice in the past 10 years. Although there was discussion every time on whether to support the rise or go against it, there were many citizens who support the increment," Tong said.

He proposed to raise the tobacco tax to 100 percent, which would take the retail price of a pack of cigarettes to HK$100.

Tong said raising the tobacco tax can encourage people with lower incomes to quit smoking, thus improving not only their health but also their financial status.

The council is also proposing a tobacco endgame strategy - to ban cigarette sales to people born after 2009.

A similar measure was adopted by New Zealand last year to make people born in 2009 or later a smoke-free generation by effectively banning them from buying cigarettes for life.

"When these people turn 18 in 2027, they can no longer purchase cigarettes in the city, and so do those born after . They will then become a smoke-free generation," Tong said.

Tong told The Standard that the reason for drawing the line to those born in 2009 is that by 2027 - the time they turn 18 - it will be the last year of the current government's term.

When asked about why the council proposed the smoking ban by legislation, instead of educating the public about the consequences of smoking, Tong explained that the council hoped the SAR can adopt a multi-pronged approach while enhancing anti-smoking education among schools.

However regarding the council's proposal, the long-term tobacco policy concern group worried a complete ban will only send smokers scurrying to the black market.

"Most importantly, the government at this stage should work on combating illicit cigarettes and adopt a rational tobacco tax strategy," the group said, rather than "an unfounded, drastic tax increase."