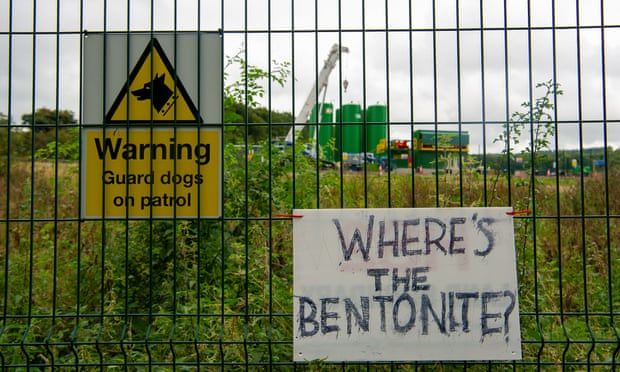 HS2 has lost vast amounts of a potentially highly polluting substance in an aquifer during the construction of the high-speed rail link, it has emerged.

Environmental campaigners have raised concerns about the impact of this on the water supply.

The company lost 1,600 cubic metres of clay slurry known as bentonite, which is used in construction work, in the last few months of last year.

A Network Rail environmental guide to bentonite says that as a liquid it is highly polluting. “If it enters watercourses or drains it can cause damage to plants and animals,” the guidance says.

HS2’s development partner Align has produced a report analysing the impact of this loss on the aquifer on the site where works are being carried out, north of Chalfont St Peter in Buckinghamshire.

The lost bentonite is thought to be sitting in the fractures and fissures around the sides of the aquifer.

Align’s own report states that while no lasting damage is thought to have been done by this loss, at two monitoring boreholes there has been “significant effects on pH, turbidity and other water quality parameters”. The report says the impact of the climate emergency could cause the lost bentonite sitting in the chalk aquifer to be “remobilised and migrate”.

Campaigners have expressed dismay that such a large quantity of this material could simply have been lost during the construction work.

The disclosure about the loss of the bentonite has emerged only days before a petition calling for all work on HS2 to be halted is debated in parliament.

It follows other concerns expressed about the impact on the quality of drinking water in the area caused by possible chalk dust contamination because of HS2’s work in the area. HS2 said it was taking steps to mitigate any risk but some water may need extra treatment to clean it.

While HS2 says that the loss of bentonite is not a cause for concern the report states that “a campaign of ground treatment has been undertaken and remains ongoing” and that groundwater levels and quality are being monitored.

The Align report analysing the missing bentonite also admits that some of the issues that led to its loss were “not a consideration prior to commencement of the works”.

Paul Jennings, of the River Chess Association, which monitors the environmental impact of works such as HS2 on the area around the River Chess, a chalk stream that runs through Hertfordshire and Buckinghamshire and provides a rich habitat for a variety of wildlife, expressed concerns about the loss of the bentonite and said the amount involved was equivalent to more than 53 large lorryloads.

Jennings said: “This incident casts doubt on the competence of HS2/Align as project operators. They seem surprised to have lost all this bentonite slurry at the Chalfont St Peter vent shaft. The lost bentonite sits in the aquifer waiting to be moved by migrating ground water as it flows through a matrix of cracks and fissures.”

An HS2 spokesperson said: “Bentonite is a safe, naturally occurring form of clay that is widely used across the construction industry as well as in agriculture and cosmetics. While we regret the loss at this location, monitoring has not identified any adverse effects on the aquifer or on water supplies, and the Environment Agency and water company have raised no concerns.

“HS2 take our responsibilities incredibly seriously and we have a world-leading team of engineers, hydrogeologists, and environmental scientists in place to ensure that the tunnelling operation affords the right protections for the environment, and is completed as safely and efficiently as possible.”

An Environment Agency spokesperson said: “We take the protection of groundwater and watercourses – including chalk streams – very seriously, as well as the protection of the wildlife and ecosystems that rely on them.

“The agency is working closely with HS2, their contractors, local community groups, the water industry, and local authorities to ensure the environment is protected throughout the project.”
Add Comment