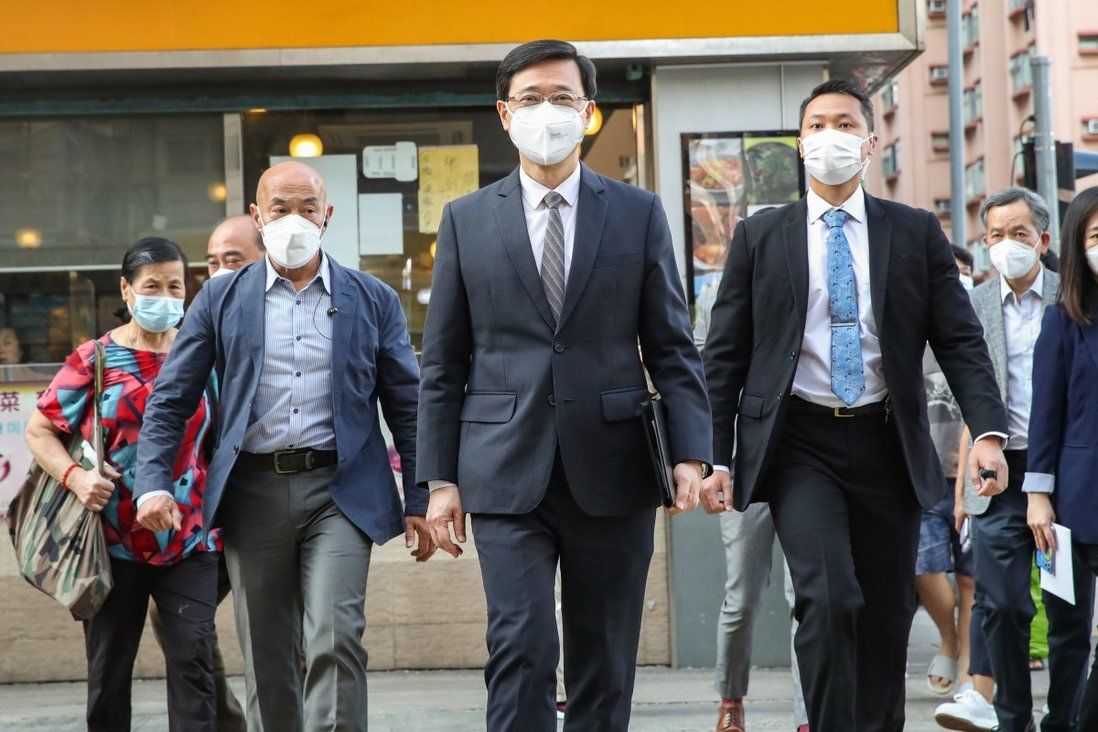 It is important to learn from past failures so we not only succeed this time, but do so in a way that helps to ease, rather than exacerbate, tensions.

Before the end of the year, Hong Kong will finally get its own national security legislation as required by Article 23 of the Basic Law. In his election campaign, which has fast turned into a triumphant procession, the sole Beijing-approved candidate, John Lee Ka-chiu, agreed in response to media questions that it would be “one of” his priorities, though he was careful not to say it would be the only or main one.

Given a supportive legislature, our fifth chief executive is sure to succeed where the first failed and numbers two, three and four opted not to try. In the past 12 years, I have written four times about this subject. From that perspective, and from my observations of how we failed in 2003, I would like to offer some advice on how best to proceed.

It is important to learn from the past so we not only succeed this time, but do so in a way that helps to ease, rather than exacerbate, tensions. Sometimes, process is as important as content.

First, Lee needs to decide if the legislation should cover all seven areas laid down in Article 23, or only those not covered by the 2020 national security law. In my view, it is essential that the draft legislation presented to the Legislative Council be comprehensive and do everything specified in the Basic Law.

To do otherwise – a quick patch-up job to cover only the areas left out in the national security law – would risk making our new law a permanent memorial of our failure, for 25 years, to perform a simple task. Far better to do the whole thing in one go and complete our constitutional duty.

The second potential pitfall concerns speed. All 90 of our elected legislators are confirmed patriots, and 89 are associated with pro-government parties. The temptation must be to slap the draft on the Legco table and urge a quick vote.

But that would be a mistake. The legislation should proceed at a measured pace through all the normal stages, allowing plenty of time for scrutiny by members.

It would be even better if the blue bill – the final version of the government’s intended legislation – were preceded by a paper setting out the government’s broad objectives and a white bill giving a first draft for the public to get their teeth into.

It was the government’s refusal to issue such a draft that effectively torpedoed the 2003 talks. Until then, negotiations between the government and the Article 23 Concern Group had been proceeding quite well with compromise solutions found in key areas.

To follow the practice this time would be reassuring and an important public education tool. Transparency should be the name of the game. After all, in addition to a sceptical local population, the many critics of mainland China and Hong Kong overseas will seize any opportunity to provoke trouble. We should not be giving them ammunition.

There are two aspects of the national security law which may not carry over to the new law. They are Articles 42 and 44, dealing respectively with granting of bail and designation of judges. The first says that bail should not be granted unless the judge has sufficient grounds to believe the defendant will not continue to commit acts endangering national security.

I really wonder if this presumption against bail adds anything to existing practice. Magistrates and judges in Hong Kong make bail decisions every day and are very experienced in getting the balance right.

In most cases, it is right to grant bail because in principle, the defendant should not be denied freedom until the trial’s conclusion. But there are well-established exceptions, including seriousness of the offence, weight of evidence, likelihood of reoffending, danger of interfering with witnesses and, most fundamentally, the possibility of absconding to avoid trial.

Many years ago, when I was prosecuting an Independent Commission Against Corruption case, I successfully objected to bail for the defendant quoting one of these grounds.

Common sense suggests that any prosecution for a national security offence would be very serious and ipso facto create a presumption against bail.

Similarly with the designation of judges. The national security law provides that all cases brought under it should be heard by judges from a special list issued by the chief executive. Under our existing system, the chief executive appoints all the judges anyway. Thereafter, the chief justice is responsible for allocating judges to specific cases.

Over time, some judges tend to specialise and no doubt some with a particular interest and expertise in national security will emerge as the acknowledged experts. I really query the usefulness of a special list. This can safely be left to the chief justice.

In my view, neither aspect needs to be repeated in the Article 23 legislation.

I have one final suggestion. The government should produce a chart with the Hong Kong provisions in one column, then set out in adjacent columns the equivalent provisions in each of the major common law jurisdictions – the US, UK, Canada, Australia and New Zealand.

This too would be an important part of national security education for Hongkongers. It would also put the onus on overseas critics of any individual provision to explain why their citizens deserve protection in such matters, and ours do not.