Despite more than a decade of critical coverage, the Gulf country has emerged stronger than ever after an unrivaled nation-building project.

It doesn’t matter whether Brazil or Argentina or someone else lifts the trophy next month, Qatar has already won the World Cup.

Despite more than a decade of critical coverage — which at first zeroed in on the bribery and corruption embedded in the bidding process, and then highlighted Qatar’s regressive labor and human rights laws — the Gulf petro-monarchy has emerged stronger than ever after an unrivaled nation-building project.

The World Cup, which starts Sunday, has helped accelerate Qatar’s development, supercharging the construction of high-end stadiums, gleaming shopping malls, five-star hotels and a world-class airport — and enabled it to wield both geopolitical and sporting influence.

And, no matter the human rights backlash, the tournament has some of the West’s most senior politicians onside.

Emmanuel Macron on Thursday joined the chorus of politicians asking people to go easy on Qatar, saying that “sport shouldn’t be politicized.” The French president was echoing a much-criticized FIFA letter earlier this month, in which President Gianni Infantino told World Cup teams to stick to football and avoid dishing out morality lessons.

Far from being a diplomatic repellent, the controversial World Cup will instead welcome numerous senior Western officials. As first reported by POLITICO, U.S. Secretary of State Antony Blinken will attend the U.S. vs. Wales match on Monday. Belgium’s Foreign Minister Hadja Lahbib will be there to support the Red Devils. Her British counterpart James Cleverly is also going to Doha.

Qatar has long been under fire for its brutal use of migrant laborers; its attitude toward LGBTQ+ rights; and potential state surveillance of fans. Externally, it was hammered by a yearslong blockade by its Gulf neighbors, led by Saudi Arabia and implicitly endorsed by then-U.S. President Donald Trump.

But Qatar has seen off both critics and enemies thanks to its diplomatic dexterity, the leverage created by its vast hydrocarbon resources — and its willingness to splash the cash.

“Qatar decided it was going to learn to drive in the fast lane of a motorway,” said Simon Chadwick, professor of sport and geopolitical economy at Skema Business School in Paris, of the World Cup bid. “But Qatar had the money to be able to learn to drive.”

Some of the criticism — which continues unabated on the eve of the tournament — did hit home. And, in at least one case, sparked change.

The kafala system, a sponsorship-based employment mechanism first introduced by the British to Bahrain in the 1930s, was ended by law in Qatar in 2020. In theory, this allows workers in Qatar to change jobs without needing to obtain their employers’ permission. At the same time, Doha also legislated a minimum-wage increase to 1,000 rials per month — or around €264.

Watchdogs, however, point out that Qatar’s “toxic” labor problems — which have resulted in the abuse and death of scores of South Asian migrant workers — didn’t end with the abolition of kafala. 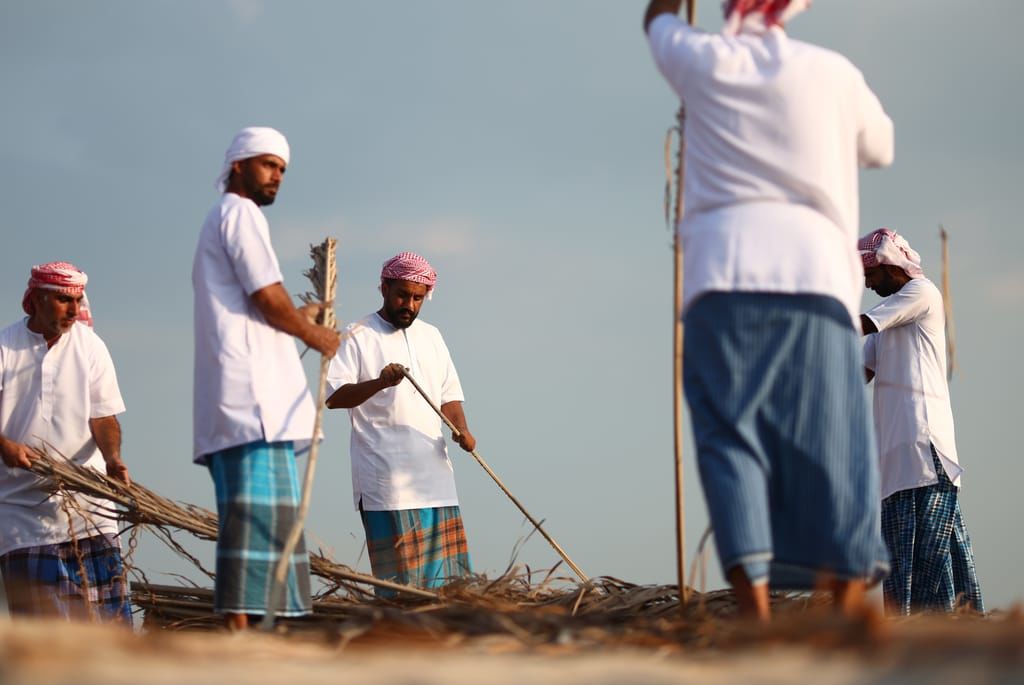 Men making traditional fences ahead of the FIFA World Cup Qatar 2022
“I think there’s a big persuasive argument to say that the system facilitates slavery or forced labor,” said Nicholas McGeehan, founding director of FairSquare Research and Projects, whose work has focused extensively on human rights in the Gulf.

“There are other things that help control workers,” McGeehan added. “You have severe amounts of debt, systematic passport confiscation, the absence of trade unions, the absence of civil society, and the absence of any access to justice or good health [care].”

“When you put all these things together, they’re very toxic, and they facilitate almost complete control over the migrant workforce,” McGeehan said.

Estimates vary, as the Qatari government doesn’t share official data on migrant worker deaths, but hundreds of Nepalis have died in the Gulf state of cardiac arrest, workplace accidents and suicide since 2010, according to its government statistics. Meanwhile, Doha’s new labor heat laws offer “terrible protection” from the sweltering temperatures, McGeehan said.

Still, there is some backing for Qatar’s reforms. Marc Tarabella, a Belgian socialist MEP who is vice chair of the Parliament’s Delegation for Relations with the Arab Peninsula and also co-chair of the Sports Group, told POLITICO that, thanks to the World Cup, Qatar has become “a good example to follow for the other countries in the neighborhood.”

And Qatar in recent months has become increasingly belligerent about defending itself to the West, after years of taking shots on the chin.

The country’s labor minister on Monday told European Parliament lawmakers that Qatar had been subject to a “smear campaign.” The World Cup’s own top official said that criticism of Qatar was “possibly” racially motivated.

Paris Saint-Germain President Nasser al-Khelaifi, who isn’t connected to the World Cup organizing team but is European sports’ most high-profile Qatari, was more circumspect, telling POLITICO that he is “very proud” his country is hosting the World Cup and isn’t “trying to hide” in the shadows.

“Are we doing everything 100 percent right? Maybe not. Are we perfect? No. But we are correcting things,” he said. “The World Cup has done a fantastic job for Qatar: infrastructure, regulation. A lot of things changed; massive things.”

Perhaps the only thing that can now truly disrupt Qatar’s crowning achievement is a shambolic tournament from both human rights and logistical perspectives.

That’s something detractors see as a clear possibility.

LGBTQ+ fans who will attend the tournament still run the risk of falling foul of Qatar’s prohibition on homosexuality. The assurances that human rights groups have received from FIFA, crucially unaccompanied by Qatari legislation on LGBTQ+ protections, are insufficient, said Minky Worden, director of global initiatives at Human Rights Watch. 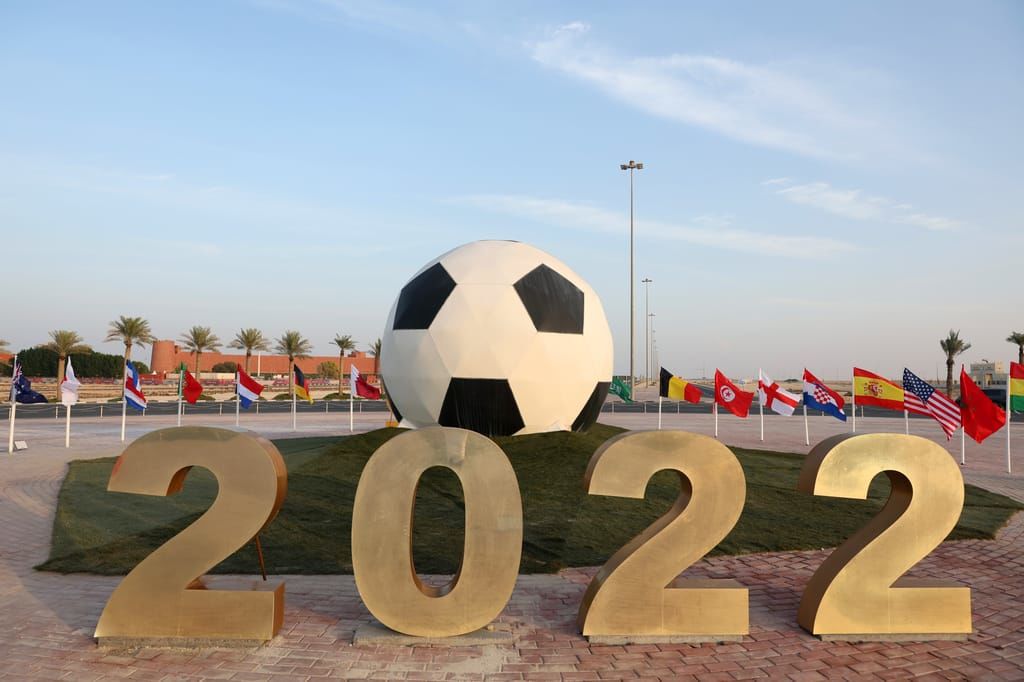 Escalating those human rights concerns, a Qatari World Cup ambassador told German broadcaster ZDF that homosexuality was “damage in the mind,” in comments that sparked a backlash earlier this month.

Organizational questions also remain just before the tournament starts with Ecuador vs. Qatar on Sunday, with tens of thousands of fans descending on the tiny country.

Ronan Evain, executive director of Football Supporters Europe, told POLITICO that he was concerned about the training of World Cup stewards, the police approach to supporters, and the logistics of shuttling fans to and from stadiums by bus.

While Qatar — a country where the car is king — touts the public transport developments expedited by the World Cup, only some of the stadiums are connected by the sparkling new metro system.

A last-minute U-turn on beer by the Qatari hosts, now banned in and around tournament stadiums, triggered more anxiety for human rights groups, given the previous assurances on alcohol consumption provided by Qatar.

And more than a decade after Qatar actually won the rights to host the tournament, investigations rumble on into the corruption that bedeviled the process and resulted in the FBI knocking in FIFA’s doors. French prosecutors are probing the alleged role of former French President Nicolas Sarkozy in helping Qatar win the bid, French daily Le Monde reported earlier this week. Qatar has always denied that it won the bid by nefarious means.

On the activists’ LGBTQ+ concerns, a spokesperson for FIFA said the governing body was “confident that all necessary measures will be in place for LGBTIQ+ fans and allies to enjoy the tournament in a welcoming and safe environment, just as for everyone else.”

In a statement, Qatar’s World Cup Supreme Committee said it “is committed to delivering an inclusive and discrimination-free FIFA World Cup experience that is welcoming, safe and accessible to all participants, attendees and communities in Qatar and around the world.”

But what happens when the circus leaves town?

Qatar has shown remarkable geopolitical deftness to keep sweet the competing interests with which its fortunes are interlinked. It hosts the largest U.S. military base in the Middle East, while also sharing access with Iran to the gas field which generated its astronomical wealth.

Due to the ongoing Russian war in Ukraine, “Qatar will remain extremely relevant in terms of energy dynamics, especially as gas begins to come on stream,” said Kristian Ulrichsen, fellow for the Middle East at Rice University’s Baker Institute. “I think they’ll continue to play a role in regional diplomacy, especially vis-a-vis Iran if there’s no nuclear negotiation breakthrough.” Doha was a key diplomatic player when the U.S. withdrew from Afghanistan in 2021, Ulrichsen added.

One of Qatar’s most successful exports, media conglomerate beIN Media Group, renowned for its international sports broadcasting arm but also the owner of Hollywood’s Miramax film studios, has been approached by various U.S. and Saudi investors interested in buying a stake in the company — as the state mulls how to position itself on the international stage once the World Cup has been and gone.

At the same time, a person familiar with the talks said U.S. investors are interested in buying a stake in PSG, which is wholly owned by Qatar Sports Investments. QSI acquired a 22 percent stake in Portugal’s SC Braga last month, which was the investment fund’s first step into multi-club ownership and a further sign of the increased significance of QSI and beIN for Qatar post-World Cup.

“I don’t think they will give up on sport being a component of the nation’s strategy,” said Mahfoud Amara, associate professor of sport management at Qatar University.

Qatar will host football’s Asian Cup in 2023 and the multi-sport Asian Games in 2030. Officials are currently also in preliminary discussions about a bid for another crown jewel event: The 2036 Summer Olympics.