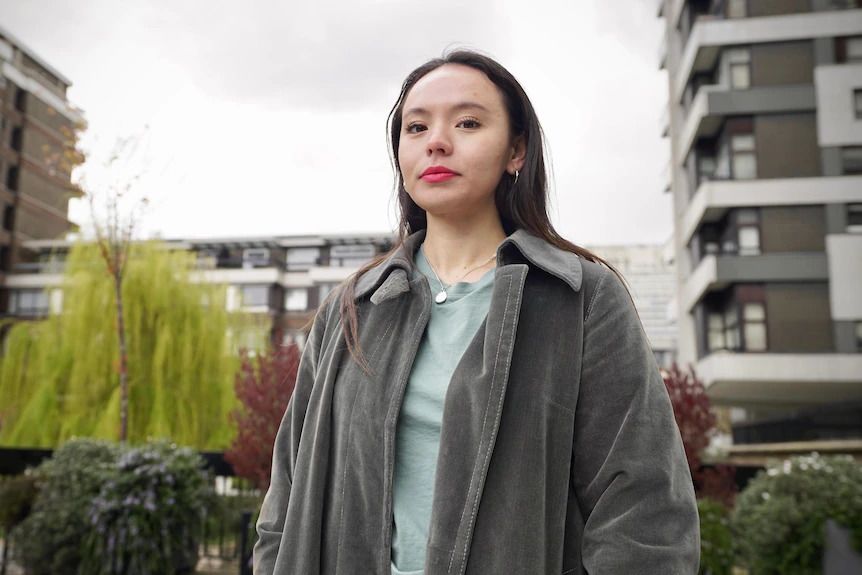 Soma was disgusted by what she saw as a student at one of Britain's most prestigious institutions, so she asked teens to share their experiences of rape, assault and abuse. She was not prepared for what she heard.

As she watched what was unfolding in Australia, Soma Sara set out to expose a rape culture in British schools.

She already knew it existed from her own experience of sexual abuse and through conversations with friends.

But she was not prepared for what was to come.

Inspired by Chanel Contos, a former Sydney schoolgirl, who launched a campaign against sexual abuse in Australian schools, the 22-year-old Londoner called for testimonies to be sent to a website she'd called Everyone's Invited.

One after another they kept coming, all with disturbing anecdotes of harassment and sexual abuse.

Now more than 15,000 testimonies have been uploaded and Soma has had to rely on a team of volunteers to help her process them, make them anonymous, and place them online.

"I'm just amazed at the bravery of survivors," the university graduate told the ABC.


But Soma has also been left shocked by the breadth of the stories, including that some have come from children under the age of 10.

"It's not just about the rape and assault. It's about things like misogyny and racism and derogatory comments and these dehumanising behaviours," she said.

From rape and assault, to derogatory comments, up-skirting and the non-consensual sharing of intimate photographs, the testimonies cover a wide range of unverified allegations.

"We have stories of young girls' pictures being shared without their consent on Google Drive and shared across London amongst different schools," Soma said.

Rape culture is a term she believes makes people stop and listen.

"I think it is really important to acknowledge that it is a spectrum of behaviours and the smaller seemingly normalised things, something like groping at a Christmas party or the kind of get in the kitchen joke, sexists jokes, these things have an impact."

As the testimonies flowed in, some of the most elite London schools were being called out, including the Westminster School, an institution that has educated six British prime ministers.

Current and former pupils of the school — where the fees are $AUD17,200 per term — accused it of fostering harassment and the abuse of female students.

In response to the Everyone’s Invited campaign, the former pupils released a 21-page dossier containing allegations of forced sex acts and jokes of rape. 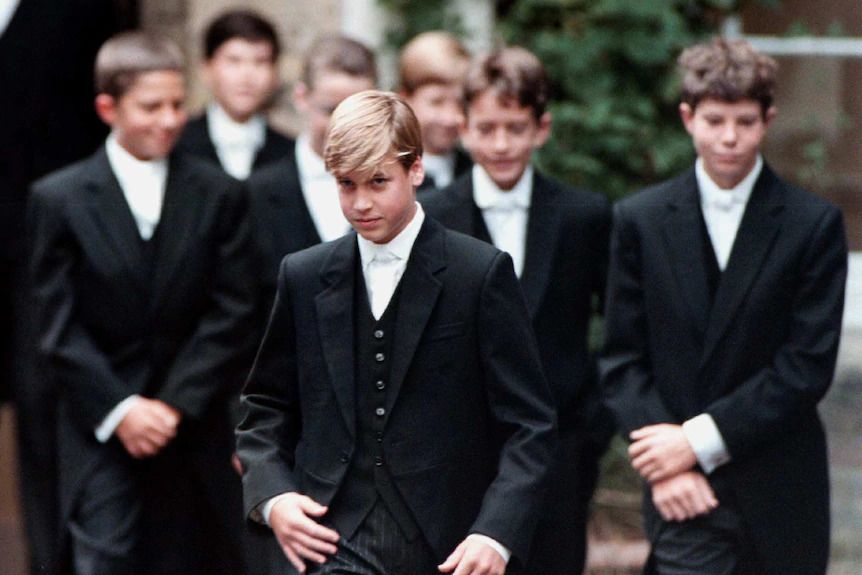 Everyone's Invited has received allegations about behaviour from students at Britain's best-known private schools, including Eton College, which is famous for educating royalty and future politicians.

Other private schools too have been caught up in the scandal, with Eton, Kings College and Latyer Upper school among them.

"We were troubled to see a number of the stories and experiences attributed to Latymerians," Latyer Upper School said in a statement.

"The welfare of our students and alumni is of the utmost importance to us and we take any report or allegation made by a member of our community extremely seriously.

"Sexual harassment and abuse have no place at Latymer or in the wider world. Such behaviours are completely incompatible with Latymer's values and contrary to our ethos of respect for others."

Other British students take up the mantle

A former student at the exclusive Dulwich College also collated his own list of more than 100 anonymous testimonials written by girls at the neighbouring James Allen Girls' School.

Samuel Schulenburg, 19, described, in a letter to the south London school, "experiences of assault, revenge pornography and slut shaming" that were exacerbated by "young men who … laughed at stories of sexual violence".

"I think the problem exists in all schools, all universities," Soma said, explaining the initial focus on independent institutions may have been linked to her own private schooling and social media links.

The thousands of allegations that have come since are levelled against a range of schools including government-funded ones.

Soma's campaign comes amid heightened debate over women's safety in Britain after the abduction and murder of Sarah Everard in March.

The 33-year-old's death has led to calls for greater measures to protect women.

Prime Minister Boris Johnson announced last month that misogyny would be classed as a hate crime, in a trial that will begin in England and Wales later this year.

It is a move Melania Geymonat, a doctor from Uruguay, had been helping to campaign for.

Melania and American national Christine Hannigan were on a date when they were injured during a homophobic attack on a London bus in 2019. 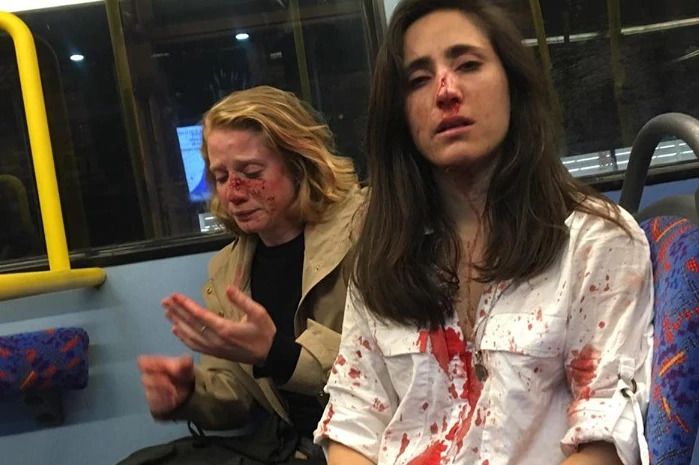 Melania Geymonat and Christine Hannigan were attacked on a London bus by a group of teenaged boys in 2019.

"When you have misogyny as a hate crime you are entitling women, you are empowering them by telling them what has happened to you has a name and it's a hate crime," Melania told the ABC from her new home in Switzerland.

After the attack, which Melania said "changed" her life, the South American left London because of the "huge impact" the crime had on her, but she has worked since to assist groups like Citizens UK to campaign for change.

"I really do think that every situation in life can be used as an opportunity and that was the question I asked myself back then. What do I do with the resources I have?"

"As long as you don't do anything about the tiny actions you are basically setting the context for the violence to scale."

Would making misogyny a hate crime change the UK?

In 2016, Nottingham Police force became one of the first in the world to treat misogyny as a hate crime.

The pilot program has not led to a change in law, but the city's former deputy chief constable, Sue Fish, who led the initial trial said it allowed police to gather vital information.

"What we also tried to do was to be really victim-centred, so listening to what women wanted," Ms Fisher said.

"We found where we could identify a perpetrator, we could go around have a conversation with them about their behaviour and explain the impact."

In one incident recounted by Ms Fish, a young Nottingham woman was brought to tears after being cat-called from a building site she needed to pass on her way from her office to a local sandwich shop.

"So she decided to call us," Ms Fish said.

"We couldn't identify which particular workman it was, so the foreman invited us to do a workshop with every workman and contractor on the site about the issues of misogyny, of everyday sexism and their impact."

Convictions are not vital, according to Ms Fish, and there has not been many since the program started.

"Education has to be the key because you are never going to arrest your way out of any problem," she said.

"It's a really important step for police to take to make sure that they are demonstrating they are really listening and understanding the lived experience of women every day."

For Soma Sara it is not about convictions or justice, but a deeper change.

"The ultimate aim is to expose that the problem is culture and culture is also the solution," she said.

"It's about raising awareness, getting as many people to understand the scale of sexual violence.

"It's about exposing rape culture and then eradicating it."