We’re used to reading body language and silent cues in person. With remote work, subtle ways we communicate are changing – and workers need to know how to adapt.

Your boss’s nod or grimace, a colleague’s uncomfortable shift in a chair – when working in person, most employees have a natural understanding of these non-verbal cues: all the ways in which we communicate without words.

For the most part, our learned social skills mean most of us have some level of fluency in interpreting others’ non-verbal communication; it also means we know how to tacitly communicate ourselves. Think about, say, your inherent knowledge to smile when greeting a client, make eye contact in conversation and hold confident body language during an interview.

“If you want to influence people in a positive way, then your attitude and how you are perceived using non-verbal communication is very important,” says Mi Ridell, an expert in body language based in Stockholm, Sweden. Annemieke Meurs-Karels, a non-verbal communication expert based in the Netherlands, says people often react more to what you do than what you say, “because it communicates the underlying message ­– what you really think and feel, and your intentions”.

However, while we’ve been trained on the importance of non-verbal cues in person, in the digital workspace, this kind of communication can seem less important. Many work conversations now happen via online chats, and even video meetings can go ahead with cameras off. Yet, even when remote work doesn’t seem to include tacit cues, non-verbal communication is still happening. Take that switched-off camera, for instance: a 2022 survey of 200 executives showed that 92% of managers believed that employees who turned off their cameras during meetings were less likely to have a long-term future at their company.

The change in non-verbal communication is yet another disruption to keep up with in the new workplace – yet workers can get a boost if they understand how these subtle signals are evolving.

Non-verbal communication in the now

Non-verbal communication is a two-fold concept.

Part of the equation is how others perceive you, and the other component is how you understand others through their own non-verbal messages. It is not an exact science, since there’s plenty of ambiguity in how you might interpret someone’s signal versus how another person might, says Meurs-Karels; it often depends on your own experiences and relationship to the communicator. The same can happen to you when you’re the communicator, of course.

Yet, despite these subjective discrepancies, the experts says non-verbal cues carry a lot of meaning for both parties – and it’s important to pay attention to them in any work environment, whether in-person or remote. 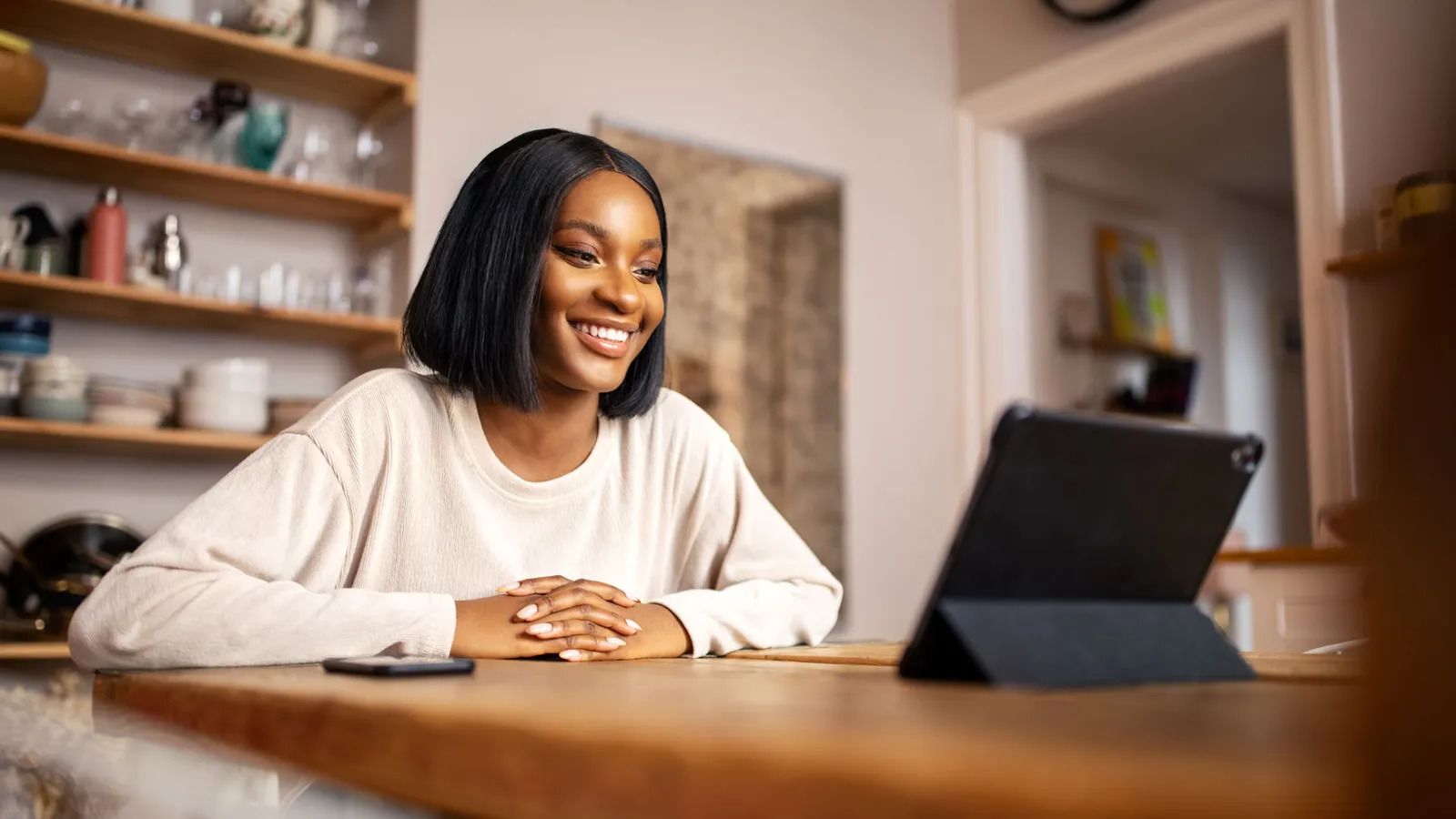 Your background, the way you look at a camera – all of these are important non-verbal cues for the digital world
Parts of non-verbal communication have always existed outside face-to-face interaction, of course. For instance, these subtle signals could begin with a profile picture on a CV or job-hunting site; even deciding whether or not to add an emoji in a work group chat can change the feel of the interaction. But we tend to think about non-verbal communication more in terms of our face-to-face interactions; for instance, we search for meaning in how close colleagues sit when working together, or interpret attitudes from the firmness of a handshake.

Yet the new workplace shift in where and how we work has expanded the world of non-verbal communication in unprecedented ways.

For instance, in video calls, backgrounds can give all sorts of non-verbal information about colleagues’ lifestyles, interests and even level of professionalism. An increased reliance on text communication, such as messaging programs, has also changed where these non-verbal cues live, and how much emphasis we put on them. And plenty of the components of in-person tacit communication have made their way into the digital realm, too – body language like eye-contact, posture, gestures and facial expressions; as well personal grooming, such as the hairstyles or clothes we choose to wear to work.

Yet even as we’re recalibrating and developing the ability to read into other’s non-verbal cues in the digital space, mastering our own communication online may take practice to get right. “In the digital setting we have to think about the set-up, and accept that it’s a new way to communicate,” says Ridell. Rather than coming naturally, she says, “we have to learn some new techniques”.

Why is it important now?

While we are largely trained to interpret traditional non-verbal cues, this new-for-many communication in the digital world isn’t quite second nature.

For instance, it is not unusual to be on a video call where such rules are forgotten. Yet if a colleague positions their camera below the chin, forcing others to look up at them, “we don't like them as much as if they are on the same level”, says Ridell – the same phenomenon that happens in person. Indeed, data has shown that during video calls, factors like camera angles, distance from the camera and ability to make eye contact all impact how likeable people are perceived to be.

Eye contact particularly is positively associated with likeability, social presence and interpersonal attraction. Yet making eye-contact on a video call requires us to go against our natural instincts. “The brain wants to look at the face [on the screen]” says Ridell, “but you have to learn to look in the camera when it’s your turn to speak.”

So, glossing over the importance of tacit communication in a remote environment can have ramifications – employees giving off signals of disengagement, say, or lacking the appearance of professionalism with a certain video-call background.

We wouldn’t sit in a board meeting with a bag over our heads. We have to learn new rules to avoid being rude – Mi Ridell

But there’s also an upside of considering non-verbal behaviour, just like you would in person: simple non-verbal gestures like leaning in instead of slouching back, or visibly smiling when someone makes a joke during an online meeting, can help show engagement and foster connections. Gestures such as turning the camera on can also be a question of politeness. “We wouldn’t sit in a board meeting with a bag over our heads,” says Ridell. “We have to learn new rules to avoid being rude.”

In the same way using a clear photo of your face with an open expression, instead of an empty avatar photo on a chat channel, may feel like a small gesture but can help build affinity, even with colleagues you haven’t met in person. “Seeing a picture can make you feel the person is more trustworthy,” says Ridell. That is not to say that you have to be constantly showing your own face with colleagues – a well-timed emoji or gif in a group chat can also have a powerful impact on others, and help to build a friendly, inclusive atmosphere.

In the digital landscape, maintaining strong relationships is not a given, but making an effort to engage in non-verbal communication can help. “A lot of useful contact with employees, colleagues and clients happens through non-verbal communication because it’s a way to read each other’s emotions,” says Meurs-Karels. "In the digital world where people are sitting by themselves all day, it's even more important to see what's going on with each other.”

Ultimately, non-verbal communication may feel like more effort in the digital world, but workers can reap rewards in terms of how well others perceive them, and help foster genuine connections.

Making a deliberate effort might mean spending a few minutes taking a professional-looking profile photo, making sure your camera is at the right height before a meeting starts or sprinkling a few positive emojis in a group chat. Seemingly small gestures can have a large impact, says Ridell, helping workers “be more alive in a digital context and to show some passion and compassion”.

In a new world where workers can struggle to decode each other, and where isolation can thrive, being willing to engage non-verbally makes it easier to understand others and to be understood.

Good non-verbal communication means being willing to share something of yourself, and paying attention to others – much as you might in real life. Developing these skills in the digital world can reap long-term rewards for teams and individuals. “Society now is moving more online and away from face-to-face communication,” says Meurs-Karels. “But the need to be able to understand each other won't go away.”