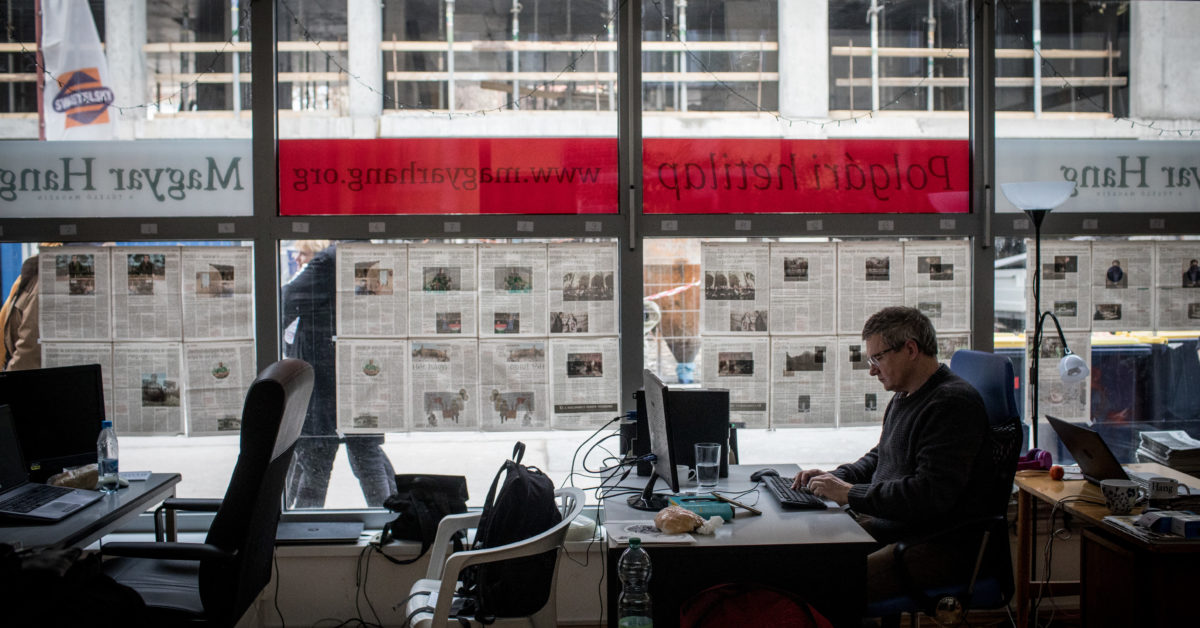 How Europe can protect independent media in Hungary and Poland

Press freedom is a prerequisite for free and fair elections.

Media freedom is fundamental to democracy — and Europe’s least-democratic governments know that. In Poland and Hungary, ruling parties have co-opted state channels and bought out private media channels aggressively. Diversity of opinion has all but disappeared, and the few remaining independent outlets are hanging by a thread.

Meanwhile, the European Union does little to help. While European institutions were tutting about rising worries, governments in Warsaw and Budapest learned to control their local publishers and broadcasters with a simple, effective formula: finance your friends, and silence your enemies.

In Poland, state-owned oil company PKN Orlen, which is close to the ruling Law and Justice government, has tried to buy local media properties. The goal wasn’t to diversify beyond fossil fuels — it was to control the message. In Hungary almost no independent media publishers remain, with just a handful of internet portals and radio stations available to Hungarians looking for media the government or the ruling party doesn’t influence.

Even independent media is at risk. When the ruling party can’t just buy the message, they send lawyers to unplug it. PiS and its allies have hit independent newspapers like Gazeta Wyborcza and oko.press, as well as opinion-makers such as the constitutional law expert Wojciech Sadurski, with dozens of so-called “Strategic Litigation Against Public Participation,” or SLAPP lawsuits. These typically frivolous, politically motivated lawsuits are designed to intimidate and distract media organizations — and burden them with legal fees.

To its credit, the Commission was quick to recognize the moves against media freedom in Hungary and Poland and see the threat it represented to European democracy. Unfortunately, it still hasn’t taken meaningful action. A 2016 rule of law recommendation to Poland specifically cited media freedom as an area of concern. But then they never followed up.

More empty talk came in 2020, when the Commission gave media freedom its own section in its rule of law report. Again though: no real impact on the ground in Poland. Recently the Commission set up a working group to develop legislation addressing SLAPP cases. That’s better. But even if adopted, the legislation will have come too late, given that the country’s courts have already been captured and state media has been converted to the ruling party’s mouthpiece. The Commission has also investigated complaints about fair competition in media, but in the end seemingly concluded it could not act.

The Commission now has a new idea, a “media freedom act” for 2022. As usual, it is saying all the right things. The proposed act would strengthen the EU’s ability to sanction countries for restrictions of media freedom, rather than just monitoring a worsening situation and fretting.

This too is unlikely to go anywhere, because it asks turkeys to vote for Christmas. After all, the initiative would clearly target Poland and Hungary. So these governments could be expected to draw out the debate and water down the language. Even if a seemingly workable act would emerge from the Brussels sausage-making, it would be unlikely to be meaningfully implemented. The law could easily be challenged in national courts which these governments control.

Fortunately, there is another way. The EU’s founding treaties require nationally organized local and European Parliament elections to be free and fair, a standard countries can’t meet without independent media. This gives the Commission the capability — and the obligation — to act when media options have become so narrow that informed choice is no longer possible.

The impact of unfree media on elections is not theoretical. The Organization of Security and Cooperation in Europe (OSCE), in a notable departure from its usual tone of strict understatement, declared Hungary’s 2018 parliamentary elections and Poland’s 2020 presidential elections unfair. Their reason: the state-controlled media’s outsized control of the information voters’ used to make their decisions. As things stand right now, the same will hold true in future elections in both countries.

European Commission President Ursula von der Leyen should not be launching another lofty, doomed legislative project, but leading an infringement action to protect independent national media to ensure Hungarians and Poles maintain their right to free and fair elections.

And if that doesn’t happen soon, the European Parliament should push the Commission to act, and quickly. After all, the parliament’s own future composition (and legitimacy) depends on free and fair elections across the entire EU.

Independent national media is hanging by a thread in Poland and Hungary. The EU should immediately use the tools it already has to protect it.