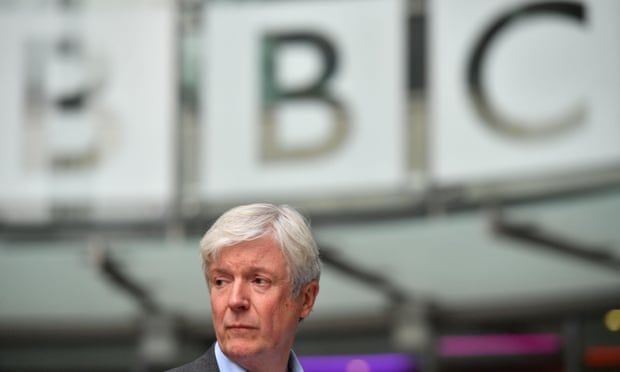 We were seen as a ‘bunch of wallies’ by the likes of Tony Hall, says Richard Eyre, an ex-board member

An atmosphere of “total contempt” coloured all dealings of BBC managers with their board of governors in 1995, as journalist Martin Bashir and his Panorama bosses were cooking up their covert interview with Diana, Princess of Wales, according to Sir Richard Eyre, who sat on the BBC board at the time.

It led to a complete lack of communication about the controversial programme, which has, two and half decades later, now earned the corporation a devastating public rebuke from the future king and forced the resignation of its former boss, Lord Hall of Birkenhead, from his chairmanship of the National Gallery on Saturday.

Top BBC managers, who included Hall, then head of news, and John Birt, a newish director general, shared the view the board “were a bunch of wallies basically: ineffectual, ignorant fools”, according to Eyre.

“Birt had come in with the specific desire to reform the newsgathering operation,” Eyre recalled this weekend. “So there was this zealotry. But more significantly Birt was literally not talking to Marmaduke Hussey, the chairman of the governing board. There was total contempt for us from the management.”

In Eyre’s view it is the legacy of meetings that never happened, not those that did, that has now come back to haunt the BBC. The board, says the film director and former head of the National Theatre, had no prior knowledge of Bashir’s planned Panorama programme with Diana until it was listed in the Radio Times. Hussey, whose wife is a lady-in-waiting to the Queen, and his board were left out of the loop.

The release last week of Lord Dyson’s devastating findings about the trickery Bashir used to catch his royal prey, including forging bank accounts to bait Diana with suggested disloyalty in her household, has since prompted Prince William to blame the BBC publicly for undermining the already strained relationship between his parents.

Dyson’s report handed him the ammunition by finding that Bashir’s phoney evidence let him gain coveted access to Diana. And, damagingly, Dyson goes on to point the finger straight at the BBC managers who later ran a faulty investigation into the affair.

Eyre now suspects that the management’s presentation of this internal inquiry to their board in 1996 was pure performance: “You can’t tell me now that John Birt did not know, when Tony Hall first gave that report about the allegations against Bashir to us, that what it contained was at least partially false. The BBC management had an instinctive defence mechanism that was very, very strong.”

Equally damaging was the war then raging between the new guard of newsgatherers, including Bashir and his boss, the late Steve Hewlett, brought in by Birt, and a group of old-school reporters, such as Mark Killick and Tom Mangold, who felt sidelined.

Office politics like this might not have mattered, had it not allowed Hall and Birt to assume jealousy alone drove the allegations from other reporters that Bashir had behaved unethically.

This mistake, as much as the wider cover-up that followed, has tarnished the reputation of Hall, until now one of the BBC’s more popular recent director generals. The current incumbent, Tim Davie, claims the BBC now boasts an “industry-leading” system for listening to whistleblowers and his argument appears to have won over the government for now.

The latest word from Downing Street is that the BBC will probably be allowed to handle any required reform itself. Ministers, however, are likely to face questions in the House of Commons this week, particularly about the decision to rehire Bashir in 2016 and then promote him to head of religious affairs a year later, despite his chequered record at the BBC, ITV and in America.

Tory MP Julian Knight, chair of the parliamentary committee covering the media, has also asked why the well-paid Bashir was not more prominent on screen. As a former governor, Eyre was also surprised to learn of Bashir’s return: “I’d assumed he had been invited back in sackcloth and ashes to serve a kind of penance.”

Last night a prominent BBC news journalist told the Observer he was “utterly disgusted” by the affair, especially Bashir’s return to the newsroom, adding: “I saw him on air about twice. That side of things hasn’t been covered and needs investigation. There’s no doubt Hall left last year because of this. He saw the way the wind was blowing.”

A former senior BBC news editor said it was now clear the BBC had repeatedly spun the incident, leaning heavily on a handwritten note later obtained from Diana saying she remained happy with the interview, adding: “That does not change the fact she was duped. It is a disgrace that they allowed Bashir to hang on and then retire.”

Outside critics of the BBC’s privileged subsidised status have been quick to pounce. MP Iain Duncan Smith has alleged a culture of “fort BBC”, saying: “Once you’re in the Beeb, you’re protected … and answer to next to nobody.”

Meanwhile rightwing commentator Iain Dale has called for a police investigation into the original forgery.

Other influential media figures have made more nuanced attacks. Broadcaster Stewart Purvis suggested that the broadcasting watchdog, Ofcom, should check the BBC has really changed, while Lionel Barber, former Financial Times editor, has described it as a “colossal failure of editorial judgment all round, now exploited by enemies of the BBC”.
Advertisement

Any further punishment of the corporation will probably now wait until a scheduled review of governance begins in 2022 with its mid-term review. The licence fee system looks protected until then, and anyway many of those Conservative MPs who regard the BBC as biased and unsustainable also understand a large number of their constituents would be horrified to lose the subsidised, loss-leading sides of its broadcasting, such as its regional coverage, foreign reporting and minority interest radio stations.

One lurking danger still ahead for the BBC is the evidence contained in a Channel 4 documentary on the scandal to be aired on Saturday. It is expected to allege the BBC is not as transformed as Davie has claimed, and that accountability remains some way off. There may also be legal challenges to face as the whistleblowers, graphic artist Matt Wiessler and journalist Mark Killick, demand redress for damaged careers.

The Dyson report exposed blatant attempts to shut them down, citing an exchange between Birt and Hall about stopping Wiessler working for the BBC again and imminent action “to remove persistent troublemakers”.

However these uncomfortable issues are resolved, the BBC, which is of course much more than a news operation, will always have to navigate its tricky role as part public entertainer and part arm of the civil service.

Eyre, who still regards Hall as a “transparently honourable man” sees the internal culture in terms of a line from the writer Tom Clarke, who saw it as “half church and half post office”.

For the investigative historian and author Frances Stonor Saunders, who has researched secrecy inside the BBC over several years, the problem is more acute and stems from its old habitual links with the British intelligence services.

It is an organisation that once employed an ex-Royal Marine, Michael Hodder, to quietly vet every employee for worrying political sympathies. As a result the weight placed on loyalty and discretion, she believes, is “not just a relic of the cold war, but an ongoing arrangement”.

One leading journalist who works with the BBC said they felt “dismayed and alarmed that such a big stick has been handed to opponents” while a news producer bemoans damage to its reputation, saying: “In spite of these terrible decisions, the BBC is still a tool for promoting decency and anyone who has lived abroad without it will understand that.”

And for those who disagree there are always other options. Right on cue, GB News, a rival rightwing news channel set up by former BBC journalist and critic Andrew Neil, will allow viewers to sample an alternative when it launches later this month.
#prince william

Alfred 28 days ago
there never seems to be any punishment for these lapses in judgement.....
View all comments (1)Add comment