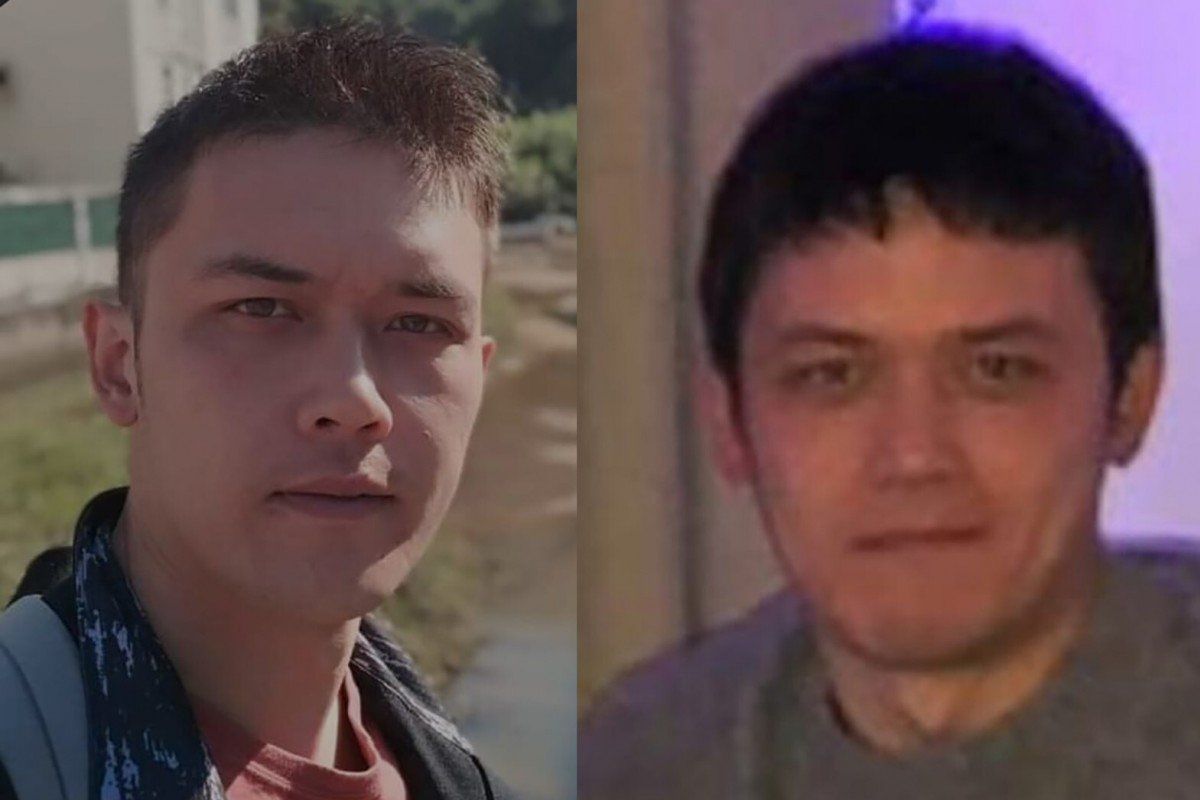 Lamma Island resident recounts striking up conversations with 31-year-old man wanted over fatal slashing of taxi driver and after realising his identity kept him talking until police she had called arrived to arrest him. 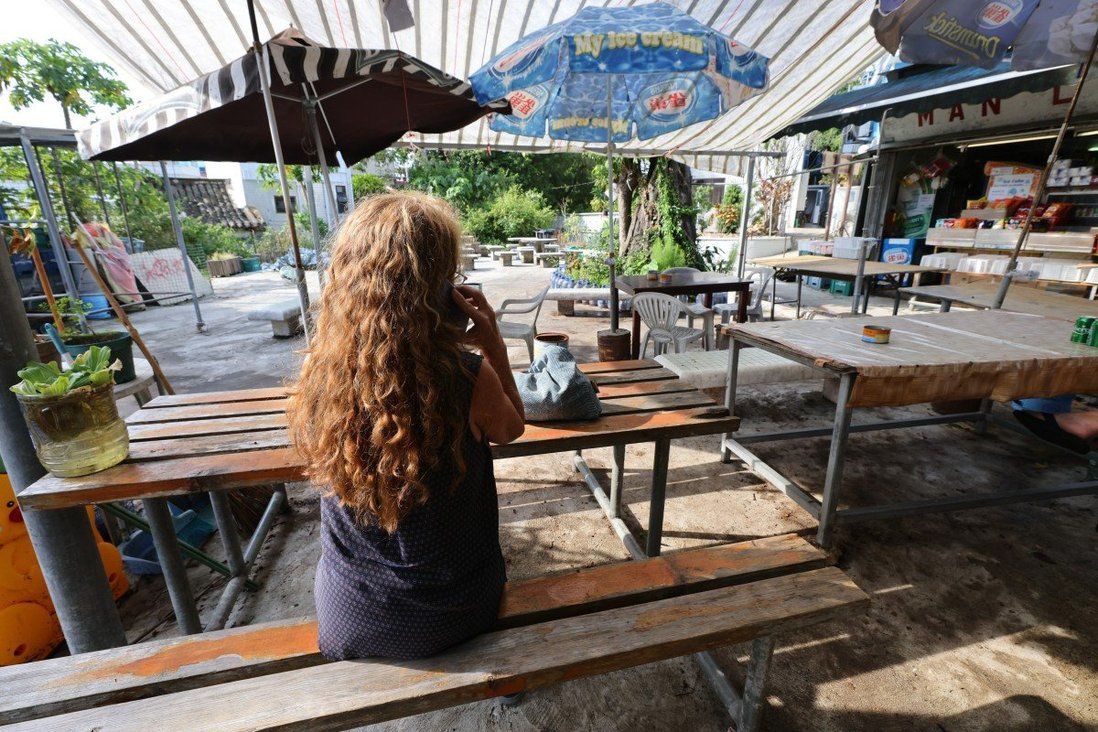 A Lamma Island resident called police after realising she was talking to a murder suspect.

A Lamma Island resident has described how she offered a beer to a “very gentle” murder suspect sitting outside a shop and kept him busy with small talk for 45 minutes until the Hong Kong police officers she had alerted arrived to handcuff him.

The woman, who identified herself only as Tracy, told the Post she had several conversations with Matthew Choi throughout Wednesday after first seeing him drinking alone outside the store. When they first struck up a chat, she had no idea he was the 31-year-old suspect wanted in a citywide manhunt in connection with the fatal slashing of a taxi driver the day before.

“We just had a nice chat, a great conversation … he was very sweet, very gentle,” Tracy said, adding that at the time she thought he was just visiting the easy-going island. 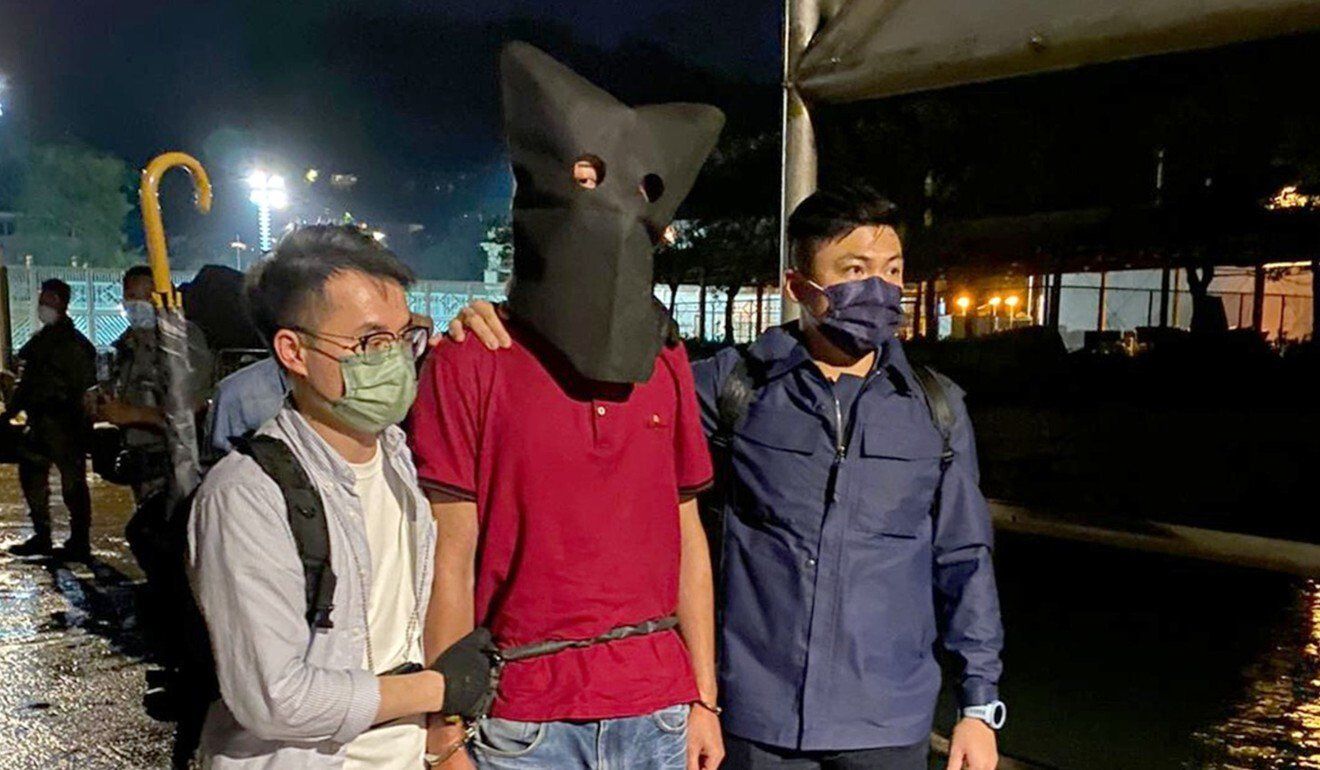 Police officers with the suspect in custody.

Choi was arrested at around 8pm on Wednesday and transported to Hong Kong Island, where he remained in custody. No charges have been laid, and he has maintained his innocence, according to a force insider.

The 48-year-old cabby was killed at the junction of Eastern Street and Queen’s Road West in Sai Wan just before 5am on Tuesday. Investigators believed the attacker acted alone and did not know the victim, the source said.

Police had earlier said the suspect was “extremely dangerous and could have violent tendencies”. 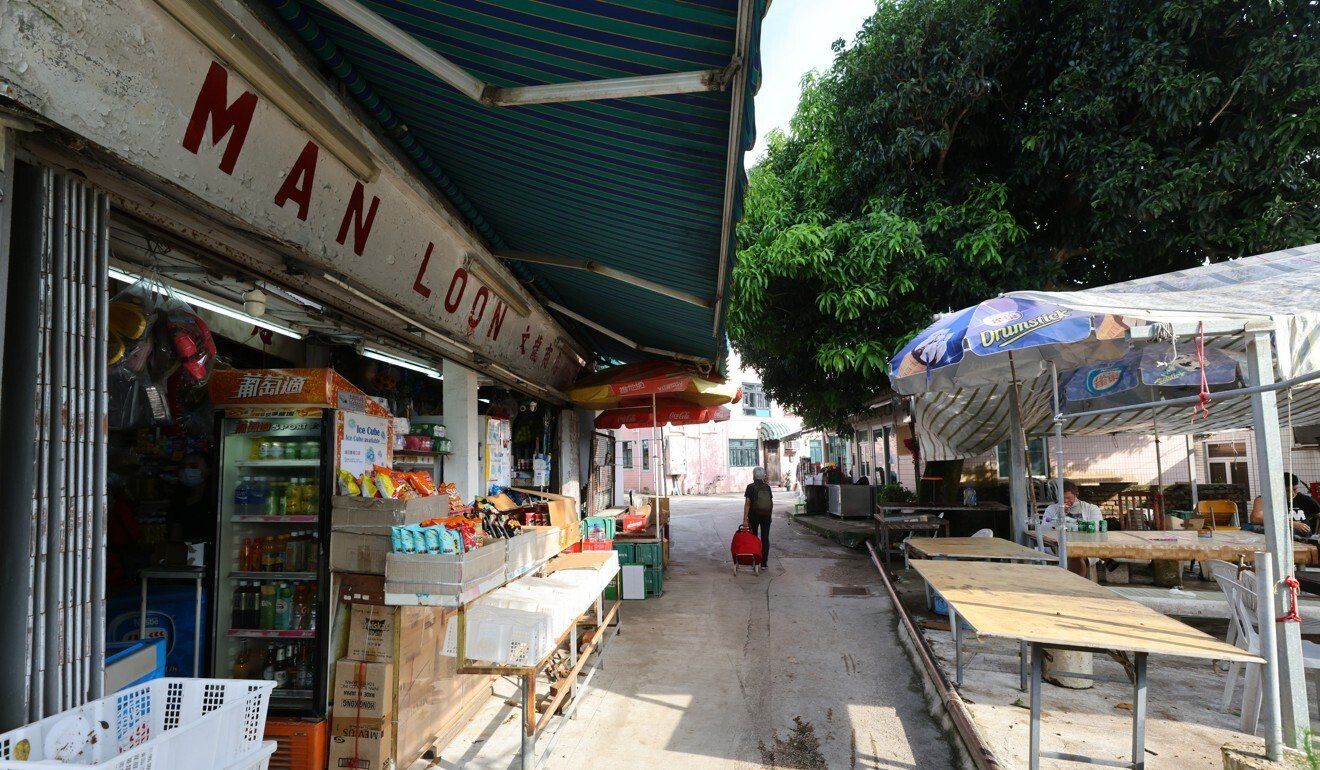 Matthew Choi was arrested outside the Man Loon Store on Wednesday night.

Tracy said she called police on Wednesday evening after seeing Choi drinking alone earlier outside the Man Loon Store on the Lamma Island Family Trail, next to where she lived.

She said she met him at lunchtime and they had a chat about everyday life. She recalled him mentioning the “new world order” but did not elaborate whether he was referring to the conspiracy theory about a secret totalitarian global government.

They briefly discussed why he was on Lamma and Choi told her he had a cousin who lived there with his two children, she said.

But with Typhoon Kompasu still in the area, rain stopped their conversation and everyone outside the store left to seek shelter. At around 6.30pm, she left home again to buy some necessities and saw a soaking wet Choi outside the store in the rain.

He told her he was stranded on the island and had been wet the entire day, but Tracy told him ferry service had resumed and gave him the timetable. She also suggested he contact his cousin, but he reportedly told her he did not have his phone number.

The force had on Tuesday and Wednesday released two photos of the suspect and urged the public to report his whereabouts.

Tracy said she only realised she was talking to a murder suspect after Choi told her he lived in Sai Ying Pun with his family, not far from where the crime occurred, and did not want to go home.

“I started to become concerned, [thinking] sir, hang on a minute, you are here all day, you are in wet clothes, he doesn’t have his cousin’s number … It was just very strange,” she said. “And then he told me that he lives in Sai Ying Pun, and suddenly I remembered reading something on the news. And that’s when I thought … is this him?

“So I told him that I needed to go to the bathroom and got back to my home, which is a minute away from the store. I got my computer and looked for the photos and became 99 per cent certain it was him.”

Tracy called police at 7.16pm and different departments called her back to get details. She also warned her neighbour that Choi was a suspect. She planned to go to the local police station but first checked whether he was still at the store and discovered he had left. 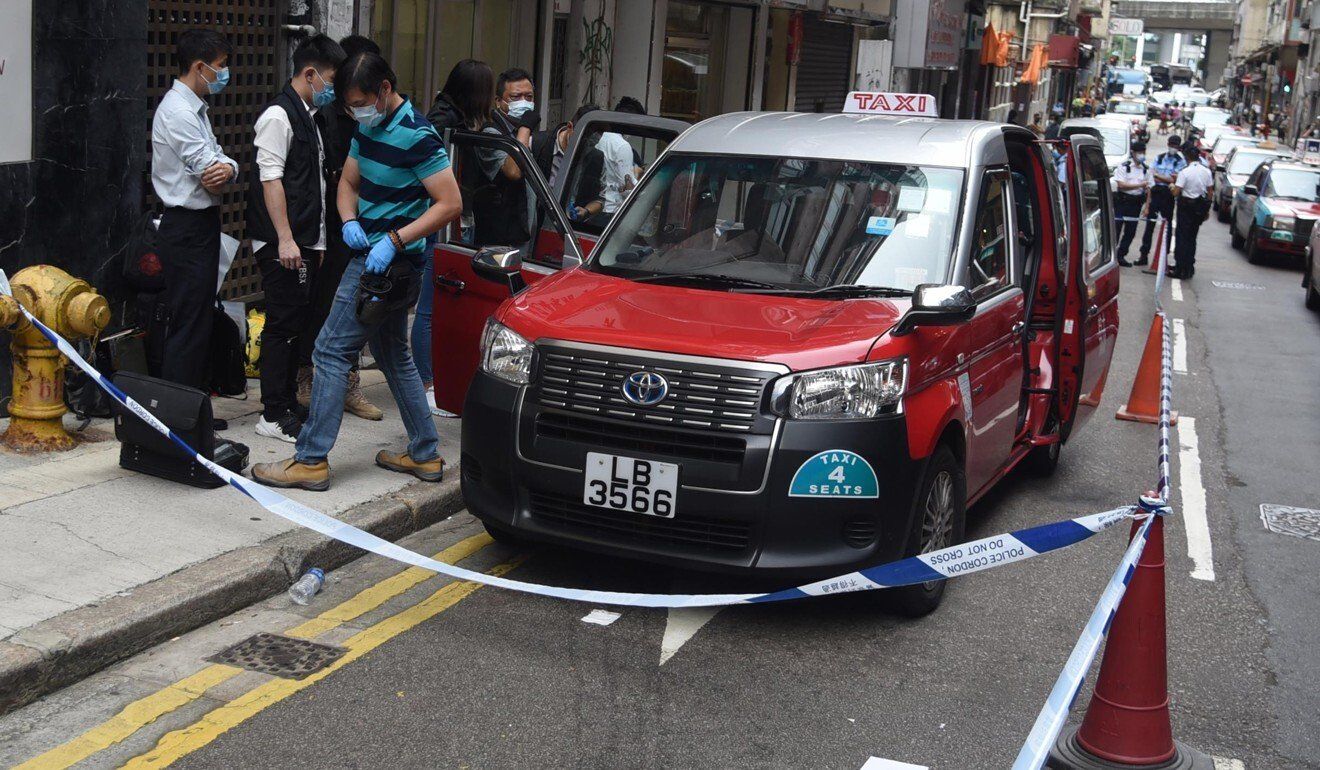 Police officers investigate the killing of a taxi driver in Sai Wan on Tuesday.

Her neighbour also told her that three officers had searched the area and could not find Choi.

After dropping off items at home, Tracy again returned to the store and finally saw him. She offered him a beer and kept him talking until police arrived.

“We just made small talk. [I asked] how was your afternoon and where did you go? You really need to go home. [He said] no, no, no, I am not going back to my parents,” she recalled. “Lamma is a friendly place, you can chat with strangers and people. I didn’t feel threatened.”

As they continued chatting, police continued to call Tracy and she told Choi the messages were about work. Officers eventually arrested him at around 8pm.

“He was calm and didn’t run away,” she said. “They questioned him and asked him to lie on the ground. They handcuffed him, and that’s how I knew it must be him.”

Tracy added that she was not afraid while talking to Choi, instead saying she just “thought it was really sad”.

“I am thinking I am talking to you, but I have already called the police, and I didn’t really think of the murder at the time,” she added.

The store owner, surnamed Chan, said his shop was closed on Wednesday night because of the typhoon and he was not around. Police did not question him, he added.

A neighbourhood resident, who preferred to remain anonymous, said he noticed a person sitting outside at around 8pm on Tuesday.

“It’s possible that he was here all night, nowhere to go,” he said.

Another islander, who did not want to be named, said she was not worried about the incident.

“This is a small village, and everyone recognises each other,” she said. “To be honest, it was stupid of him to come here.”

A whistle-blowing group, 803 Funds, set up by former Hong Kong leader Leung Chun-ying, had offered a HK$300,000 (US$38,560) reward for information leading to the arrest of a suspect.

Tracy said she only learned about the reward from friends afterwards and had since inquired about it.

Killings are rare in Hong Kong, with only 10 cases recorded in the first half of the year, compared to five cases over the same period last year.