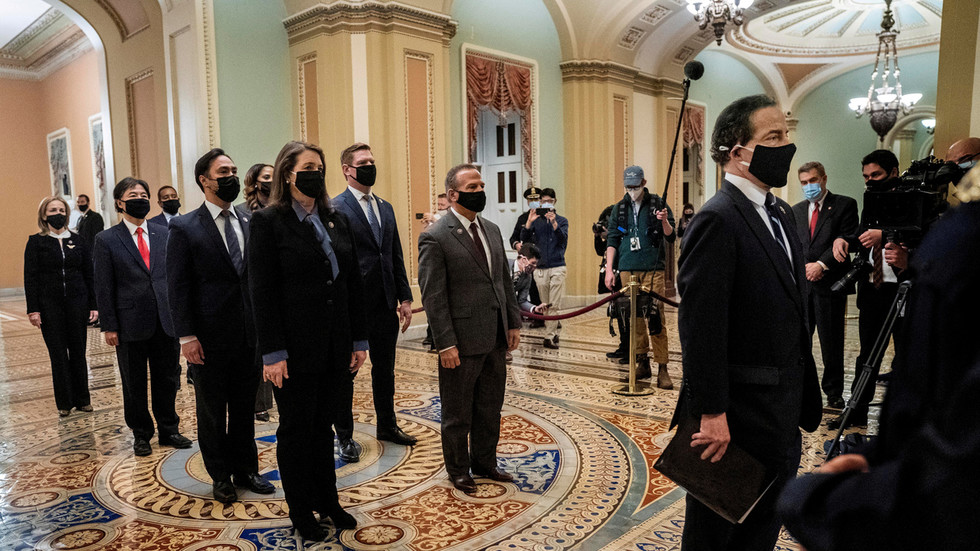 Democrats seeking to impeach the former US president Donald Trump have asked him to testify at his Senate trial and threatened him if he refuses, after his lawyers challenged the charges and the trial itself as illegitimate.

In a letter emailed Thursday to Trump’s attorneys Bruce Castor and David Schoen, the lead House impeachment manager Rep. Jamie Raskin (D-Maryland) noted that they denied “factual allegations” and “attempted to put critical facts at issue notwithstanding the clear and overwhelming evidence of your constitutional offense.”

Raskin requested that Trump make himself available for testimony and cross-examination any time between February 8 and February 11, and submit a response by 5 p.m. on Friday. If he declines, the impeachment managers reserve the right to argue that “refusal to testify supports a strong adverse inference regarding your action (and inaction) on January 6.”

The answer came within a couple of hours, however, with Trump’s attorneys calling Raskin’s letter a “public relations stunt.”

“As you certainly know, there is no such thing as a negative inference in this unconstitutional proceeding,” Castor and Schoen wrote, adding that the letter “only confirms what is known to everyone: you cannot prove your allegations against the 45th President of the United States, who is now a private citizen.”

In their response to the House impeachment charges, Trump’s attorneys argued on Tuesday that the process is designed to remove a sitting president, and is therefore moot for one who is no longer in office, but also that the charges themselves are factually wrong and improper, as Trump was engaged in free speech protected under the 1st Amendment to the US Constitution.

Democrats have accused Trump of “inciting insurrection” over the January 6 riot at the US Capitol, and seek to convict him so he could be barred from holding any public office in the future, under provisions within the 14th Amendment that were used to punish Confederates after the Civil War.

Trump’s attorneys have argued that this amounts to a Bill of Attainder explicitly prohibited in the Constitution, and that such a punishment is conditional on removal from office – which is moot, as he peacefully stepped down on January 20.

Raskin’s letter even acknowledged that Trump is not a sitting president, saying that the “concerns about distraction from their official duties” that might be cited under normal circumstances are “obviously inapplicable here.”

Ten House Republicans voted with the Democrats to impeach Trump on January 13, after several hours of debate and no investigation or hearings. The charges weren’t sent on to the Senate until several days after Joe Biden was sworn in.

A vote forced by Sen. Rand Paul (R-Kentucky) last month showed that only five Republicans believed the process was constitutional, and the Democrats would need 17 of them to secure a conviction.