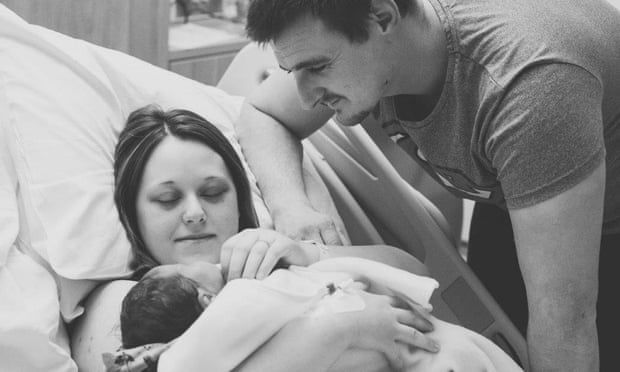 A hospital has admitted liability for the death of a baby who was delivered stillborn three days after his mother’s complaints of fluid loss and severe pain were dismissed as wetting the bed.

Jacob Jackson could have been born healthy, Shrewsbury and Telford hospital trust (Sath) has accepted, if it had arranged an earlier delivery in October 2018 as his mother, Charlotte, had suggested.

The incident happened 18 months after an external review had been ordered into serious maternity failings at the trust, which are now known to be the biggest maternity scandal in the history of the NHS.

On Monday, Charlotte Jackson, 29, from Bridgnorth in Shropshire, advised expectant mothers to avoid the Telford’s Princess Royal hospital until it can show it is prepared to listen to maternity patients.

Jackson said: “It makes me feel sick to my stomach that they knew there were problems – this sort of thing had been going on for decades. We keep getting fed the same lines that ‘lessons have been learned’. If lessons had been learned parents and babies wouldn’t be going through this.”

She added: “I have got a few friends who are expecting and I have just begged them not to have a baby at Telford.”

Asked how the hospital could improve, she said: “They just need to listen to the mums. Every time I went in with concerns I felt they were just reading out from a book about what should happen. Not every woman is the same, we are all individuals.”

Despite being identified as a high-risk mother because she had type 1 diabetes, Jackson’s concerns about fluid loss, reduced movement in the womb and acute stomach pain were not taken seriously when she attended a pre-surgery assessment on 31 October 2018. Instead, she was sent home and told to wait for a planned caesarean a week later.

She said: “I am a type 1 diabetic, so any time I said I have got pains or am leaking fluids it should have been looked at. It was absolutely shocking that I was not told to wait for a doctor. All I wanted them to do is just listen. Mums do know our bodies, and we do know our babies.”

She added: “Even after I checked and reminded them I was high risk, I was told you have probably just wet the bed.”

Jacob was delivered stillborn three days later in an emergency caesarean that left Edwards needing a catheter for six weeks. “No mother or baby should ever have to go through something like this,” she said.

She added: “Throughout the pregnancy I had said we were more comfortable going at 37 weeks. They wanted to make it 38 weeks despite my concerns about the size of Jacob. I think it was just statistics that they need to get as many babies as possible to a certain gestation, and they wouldn’t listen to anything that deviated from that.”

After the trauma of Jacob’s death, she avoided the hospital when she found she was expecting again last year. Her youngest son Ronnie-Jack was born last year at New Cross hospital, Wolverhampton.

She said: “We would never [have] considered having a baby at Telford again. One of the midwives said she wouldn’t let me near it.”

In a letter to Jackson, Louise Barnett, the Sath chief executive, said: “The trust recognises how serious the shortfall in your care was and the suffering this has caused you. I understand that Jacob could have been born healthy if we had arranged delivery earlier. I am very sorry that we let you and Jacob down.”

Jackson’s solicitors, Irwin Mitchell, secured an undisclosed settlement after alleging that the trust should have arranged a senior consultant to review her care on 31 October. It said the hospital should then have arranged a caesarean section either on the day or the following day at the latest.

Last year an interim review, by a team led by midwifery expert Donna Ockenden, uncovered a series of failures in maternity services at Sath in more than 1,800 cases from 2000-2019.

These included a lethal reluctance to conduct caesarean sections, a tendency to blame mothers for problems, a failure to handle complex cases, a lack of consultant oversight and a “deeply worrying lack of kindness and compassion”. Sath has promised to implement all the recommendations in full.

Eleanor Giblin, a specialist medical negligence lawyer who led the claim, said: “What is so worrying about Charlotte’s case is that there were long-running concerns about this trust dating back decades and the review was already in place, and yet we see the same themes in failing in care echoed in late 2018.”

She added: “Themes that we saw in Charlotte’s case echo a lot of the concerns outlined in the Ockenden review, particularly the failure to involve senior clinicians surrounding care. There was also a reluctance to deviate from the planned caesarean.”
Add Comment