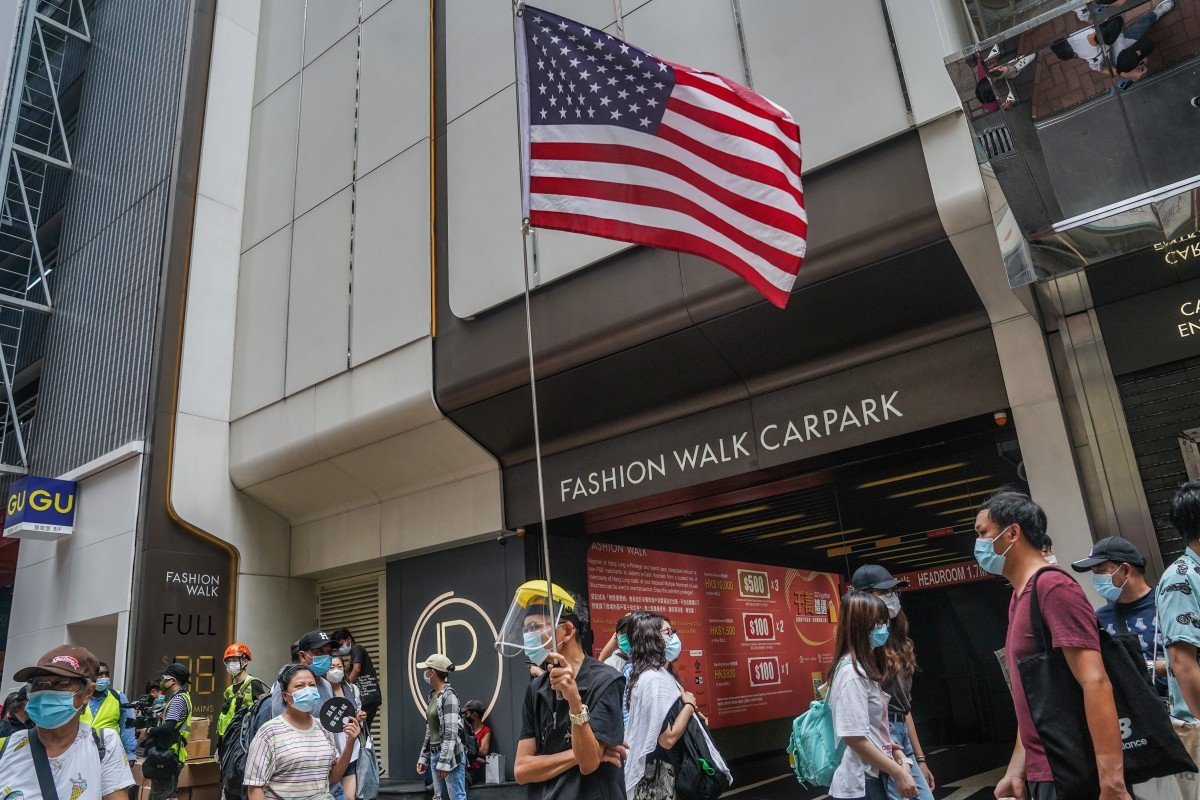 It would be unwise to characterise Biden as pro-China, especially if Hongkongers hope to gain the support of Western democracies. Hong Kong’s own democrats should take note of Biden’s acceptance speech, end their bitter divide and get the city back on track.

Joe Biden has defeated Donald Trump in one of the most nail-biting elections the world has witnessed to become the next president of the United States. World leaders – including those from Britain, Germany, Canada, Japan, South Korea, Taiwan and the European Union – have sent their congratulations.

The US election was fiercely contested, with an unprecedented voter turnout of around 148 million. Trump and Biden have so far received around 71 million and 77 million votes respectively.

Trump, however, has refused to concede, claiming that the election process was fraudulent and invalid. He insists that mail-in ballots are subject to fraud and should not be counted. He has falsely declared victory and his campaign has filed lawsuits challenging the election results. This has given some hope to Trump supporters in Hong Kong.

Although the past few years have intensified the red-blue divide in America, the message that rang out loud and clear in Biden’s acceptance speech is that he intends to be “a president who seeks not to divide, but to unify; who doesn’t see red states and blue states, only sees the United States”.

However, the conflict between Biden and Trump supporters continues to play out, not just on American soil but also overseas. In Hong Kong, a rift is deepening in the non-establishment camp, between radicals and traditional democrats.

Hongkongers have paid close attention to this particular US presidential election out of desperation, as the Communist Party tightens its grip on the city. With the passage of the national security law for Hong Kong, many were hoping for a strong US leader who would be aggressive enough to stand up to China. But there were also democrats who could not tolerate Trump’s hate speech and discriminatory action.

In Hong Kong, people can be ignorant when it comes to US politics and US-China relations. They may not be aware that it was the Republicans who welcomed China into the United Nations with open arms; it was also the Republicans who supported China’s accession to the World Trade Organization.

While it is true that sanctions against China were lifted during a Democratic administration (Bill Clinton’s), the record clearly shows that both parties have favoured China at different points in time.

In fact, the Republicans and Democrats have for a long time broadly agreed about US policy towards China. For decades, the US has maintained peace with China by opening up bilateral trade. The US-China relationship only deteriorated drastically in the aftermath of the global financial crisis, which shook the West but from which China came away not only relatively unscathed, but also more ambitious.

With regard to Hong Kong, yes, it was the Trump administration that used cold war tactics against China and imposed sanctions on Chinese and Hong Kong officials. However, one must not overlook the long-standing support from the Democratic Party. The House of Representatives, where Democrats are in the majority, passed both the Hong Kong Human Rights and Democracy Act and the Hong Kong Autonomy Act unanimously.

It is therefore inaccurate and unwise to characterise Biden and the Democrats as pro-China. This position does Hong Kong no good, with regard to gaining the support of Western democracies in the future.

In fact, it has been pointed out that the Communist Party may be disappointed about Trump’s defeat; after all, he has caused chaos in the US in the past four years, weakening America, its institutions and its global standing.

In Hong Kong, there have been three major social rifts in recent years. First was the “umbrella movement” in 2014, then the anti-extradition bill protests in 2019. The most recent rift was caused when Beijing decided to extend the mandate of the current group of lawmakers for no less than a year. Within the non-establishment camp, this led to a fierce debate among the radicals and moderates over whether to quit or stay in the Legislative Council.

Now that Beijing has disqualified four pro-democracy lawmakers, 15 other democrats are also resigning in protest. But to the radicals, this might be too little, too late.

In the US, Biden has called for an end to bitter divisions and asked Americans to “give each other a chance”. It is time for Hong Kong’s pro-democracy camp to reflect on what to do next. After their departure from Legco, the democrats must build a consensus with the rest of the non-establishment camp and get Hong Kong back on the right track.