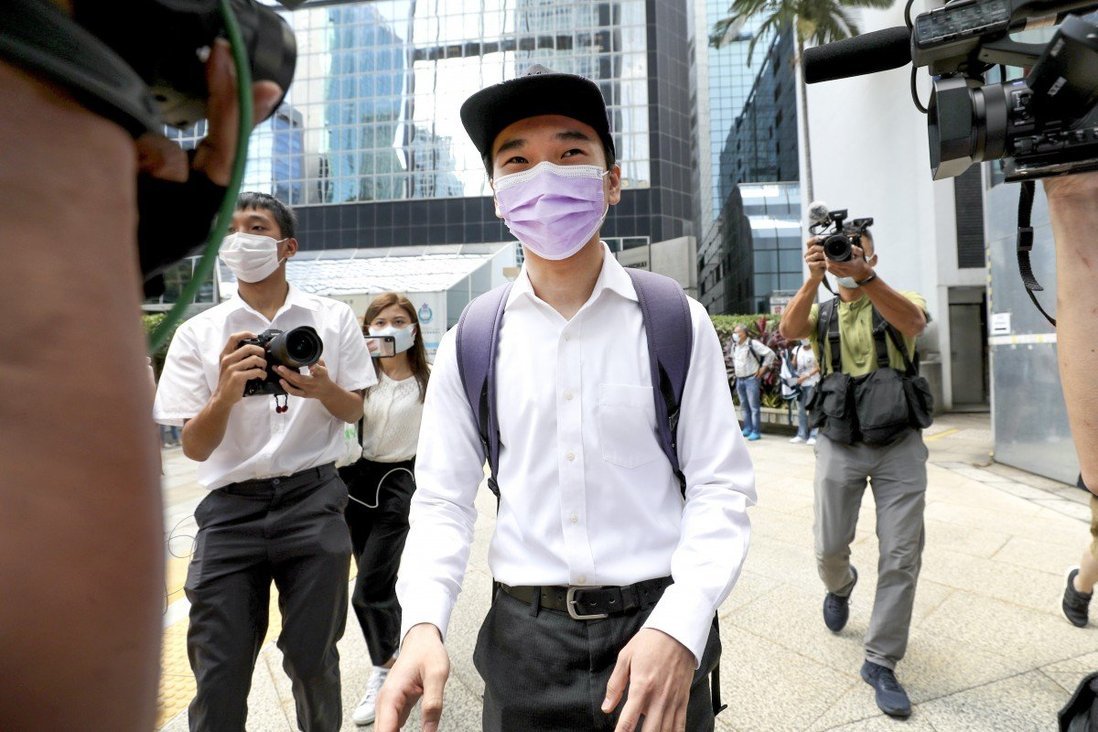 Tsang Chi-kin, 19, who has since gone into hiding over fears of the national security law, was due to appear in court on Tuesday over other charges, but did not show up.

One of the four Hong Kong activists who were turned away when they sought refuge in the US consulate in October has revealed to the Post that he was the teenager who was shot in the chest by a police officer during last year’s protest violence.

Tsang Chi-kin, 19, described the rejection as plunging him “from heaven to hell” as he recounted how he had sought to flee Hong Kong, and his fears of being prosecuted under the national security law imposed on the city by Beijing.

The Form Six student said that since being turned away, he had been living the life of a recluse.

“Having sought help from the US consulate, I can now be charged with collusion with foreign forces under the national security law,” Tsang recently said via video link from an undisclosed location.

Tsang, who has since recovered from his injury, was shot in the chest at point blank range by a police officer who was coming to the aid of a colleague being attacked during a violent protest in Tsuen Wan on October 1, China’s National Day, last year. 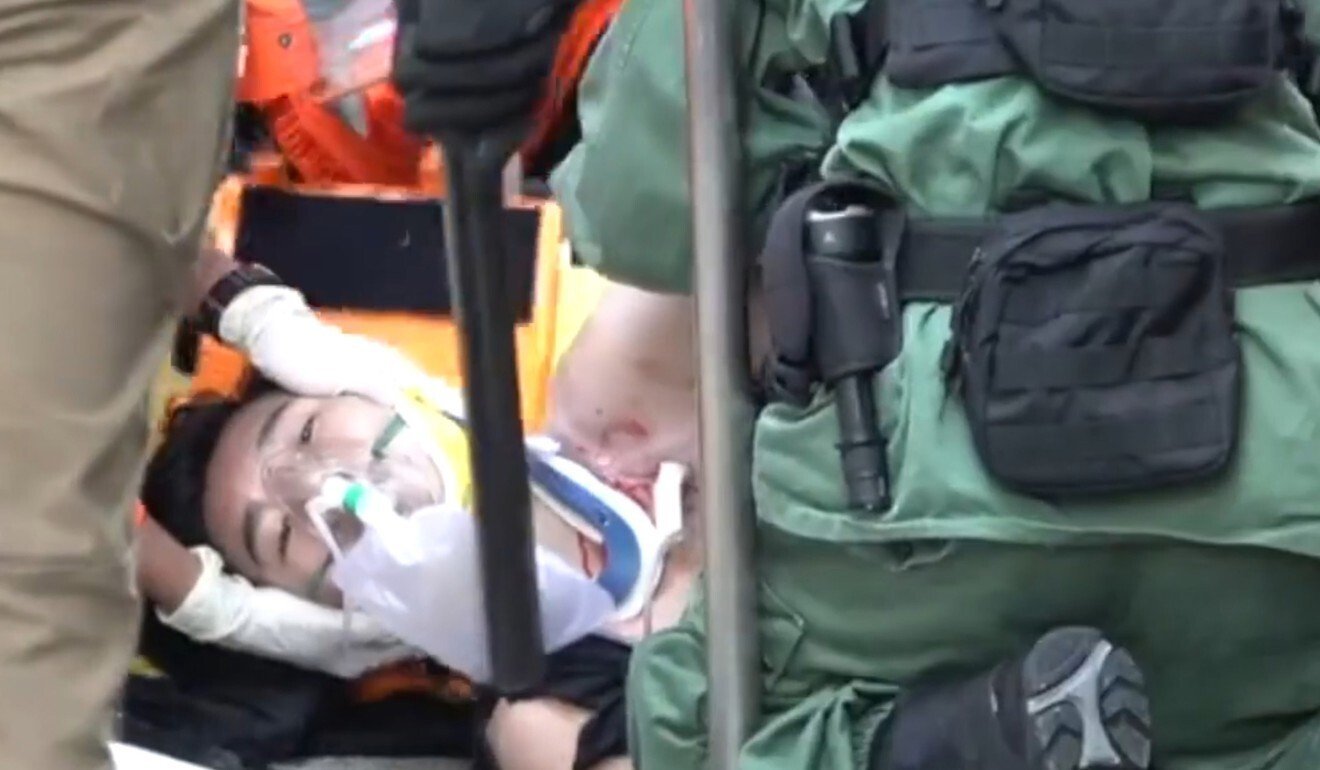 Tsang Chi-kin is taken to hospital after being shot in the chest by a police officer during a protest last year.

After the incident, Tsang was charged with rioting and two counts of assaulting police officers. He has previously attended court proceedings, and made his last appearance in October this year at the District Court, days before his failed asylum bid at the US consulate. At that time, his lawyers told the court he intended to plead guilty to the charges.

He was due to appear in court again on Tuesday to confirm the guilty plea, but did not show up, with Judge Justin Ko King-sau issuing a warrant for his arrest.

Tsang had offered an account of the shooting in an earlier interview with the Post, but the details cannot be reported here due to rules concerning what can be published about ongoing legal proceedings.

In his more recent interview, he said the national security law – which outlaws in broad terms any acts of secession, subversion, terrorism and collusion with foreign forces – made him doubt he would get a fair trial.

“The national security law wasn’t there when I was arrested,” he said. “But since the law was imposed, the repression is intensifying. The situation in Hong Kong is getting worse. I don’t think I can stay in Hong Kong.”

Recalling the events at the consulate on October 27, Tsang said it was around 4pm when he and the three others took a taxi to Garden Road in Central and ran up the hill to the US mission.

A Post reporter who witnessed their dramatic asylum bid saw the four make it into the compound, only to later be thrown out.

Tsang said they had communicated with consulate staff earlier in the day, and had only decided to make the trip because they were given signals that the door would be open to them.

Their original plan was to go to the consulate in the morning with a fifth activist, Tony Chung Hon-lam. But Chung was arrested by police in a cafe nearby shortly after his arrival that morning. He has since been charged with secession under the national security law.

Chung’s arrest prompted the rest to abort their plan, Tsang said, though they kept in touch with the consulate.

“One of us got a phone call in the afternoon,” he said. “The person on the other end said we would be allowed to enter … and that person said something like, ‘the door is open’. We had the phone on speaker, so all four of us heard it.” 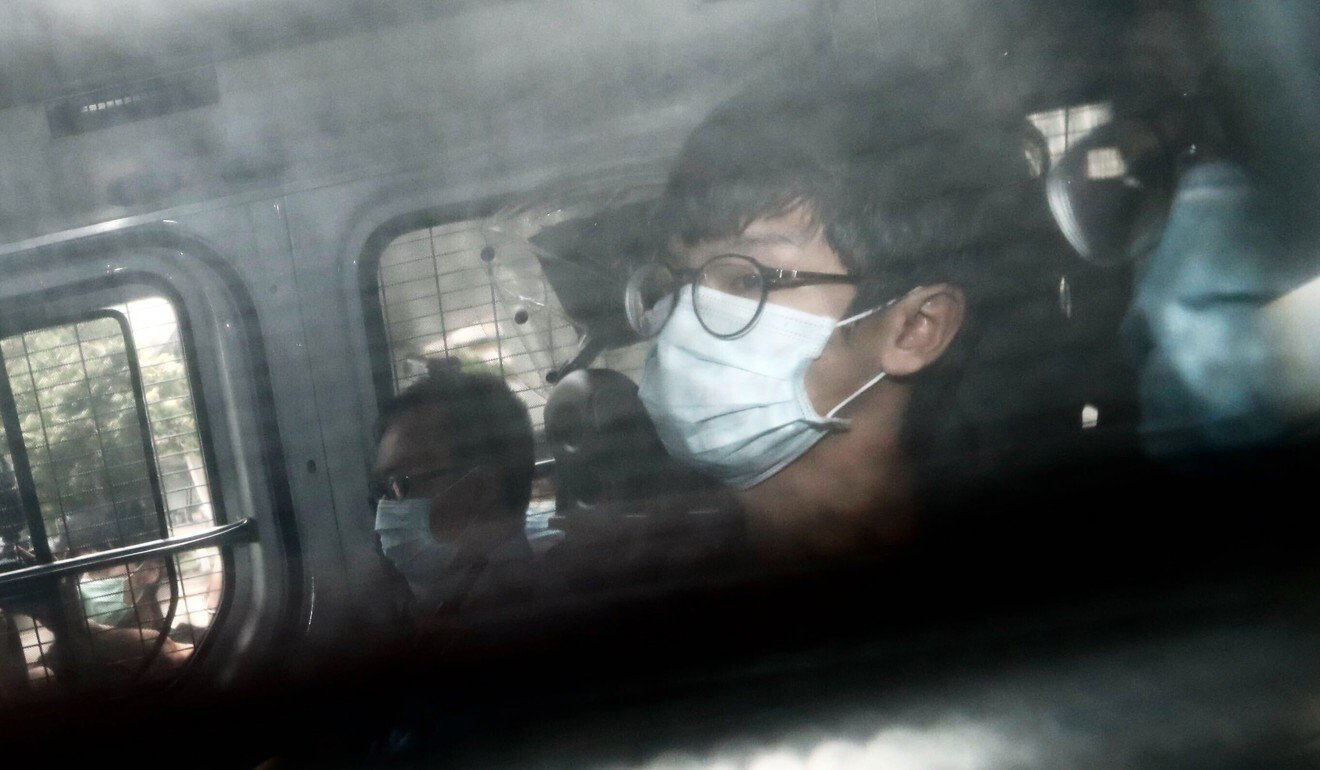 Activist Tony Chung arrives at West Kowloon Magistrates’ Courts in a police van in October after he was arrested under the national security law.

That gave them courage to go ahead with their plan, Tsang said, and when they arrived at the consulate, they were received by a staff member waiting for them outside.

At the gate, he could glean from their conversation with the security guards that the consulate was expecting “four names”. One of their names – that of the only US citizen in the group – was posted on a wall, Tsang recalled.

He said they were then led into the compound, where the three of them were told to wait under a staircase while their comrade with US citizenship was taken upstairs for a meeting with consulate staff.

About an hour later, they were told the consulate would not be able to help, Tsang said. Their contact details were jotted down and they were asked to “keep in touch”.

After that they were forced to leave.

“I felt like I was falling from heaven to hell,” he said.

The four were in a state of panic after the rejection, he said, and immediately jumped into a taxi to flee the scene, fearing they would be arrested by police.

Since then, Tsang has been in hiding, worried he could be arrested under the national security law for the more serious offence of colluding with foreign forces.

Responding to questions from the Post, the consulate said that under official policy, asylum could only be requested upon arrival on American soil, but it denied ever turning away any US citizen.

“The safety and security of American citizens is our highest priority,” a spokesman said. 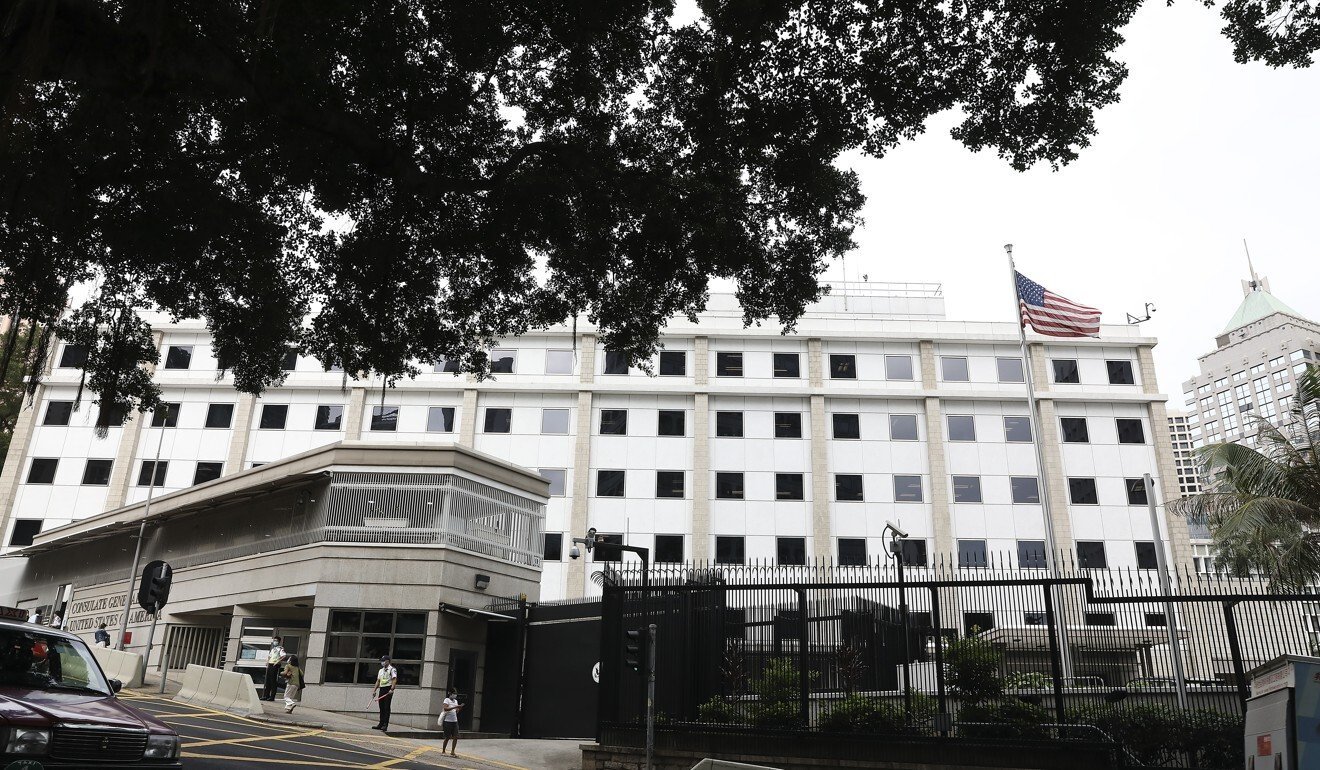 The exterior of the US consulate in Central.

Tsang refused to disclose the details of his life in hiding, only revealing that his accommodation and daily expenses were supported by Friends of Hong Kong, a London-based, anti-China group that was also behind their asylum bid.

Friends of Hong Kong released a statement on Tuesday pledging continuing support for protesters such as Tsang, saying they were glad his case had drawn international attention, including that of the US government.

“Tsang will never surrender himself to face political persecution from the Beijing-controlled Hong Kong government,” they added.

Tsang, meanwhile, told the Post he had cut ties with his family and legal representatives.

His girlfriend had recently left Hong Kong for Britain as well, he said.

“My situation right now may put her at risk,” Tsang said. “I will miss her. I hope we can reunite soon in a place of freedom.”

Despite being stuck in limbo, and the total uncertainty surrounding his future, Tsang insisted he had no regrets.

“I’ll take any chance I can get to try and leave Hong Kong,” he said. “If I stay, my situation will get even worse.”