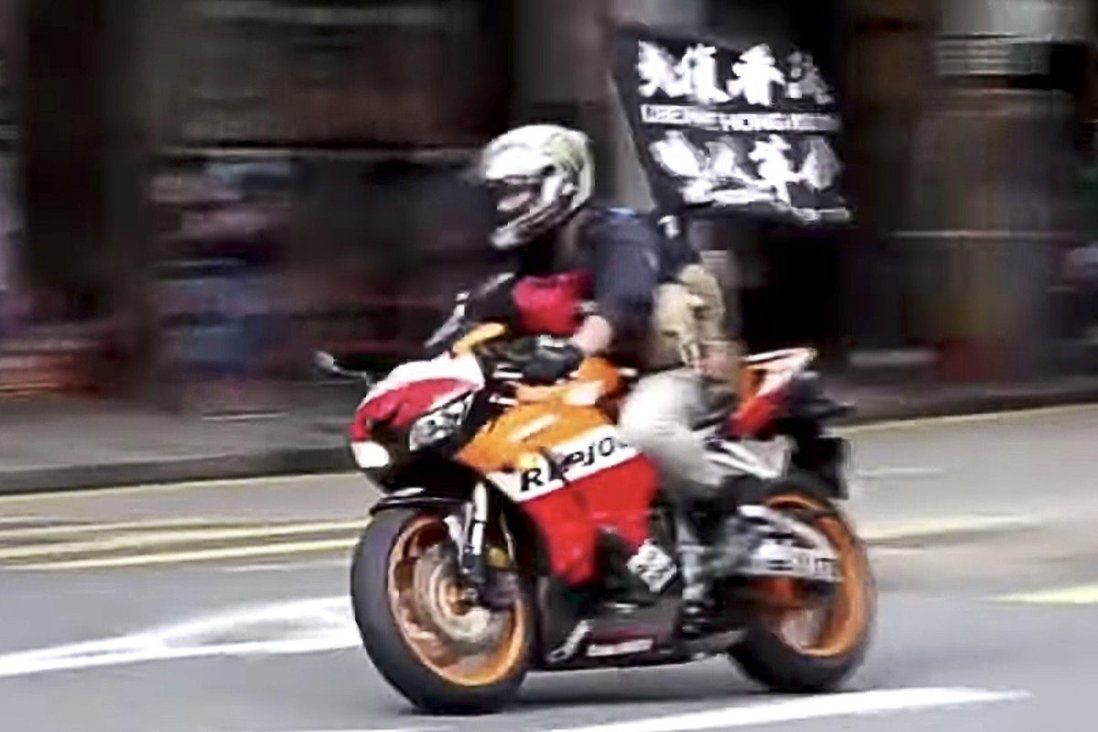 Hong Kong was never endangered by the alleged terrorist plot of a man who rode his motorcycle into a group of police officers last year, his lawyer argued on Tuesday, closing the defence’s case in the city’s first trial under the Beijing-imposed national security law.

Prosecutors and defence lawyers appeared before a three-judge panel at the High Court on Tuesday to make their final remarks in the trial of Leon Tong Ying-kit, with a verdict due in the case on July 27.

Over the course of the 15-day trial, the court heard that Tong had travelled to Hong Kong Island on July 1 last year in the middle of a demonstration against the national security law – which had gone into effect the night before – driving his motorcycle through three police cordons before colliding with a trio of officers in Wan Chai. On his bike was a flag bearing the popular protest slogan “Liberate Hong Kong; revolution of our times”.

In his oral submission, defence counsel Clive Grossman SC conceded the 24-year-old defendant might well be convicted of careless driving for the manner in which he steered his motorbike, and that he might have been showing off and appeared suspicious.

However, Grossman contended, that was in “no way near” what anyone would consider an act of terrorism.

Instead, there was evidence suggesting Tong went to the area to meet his friends for lunch, and that he had carried a first aid kit in case someone was injured during the demonstration.

“Society as a whole was never in danger. There was no blowing up of high-rises and things like that,” Grossman said. 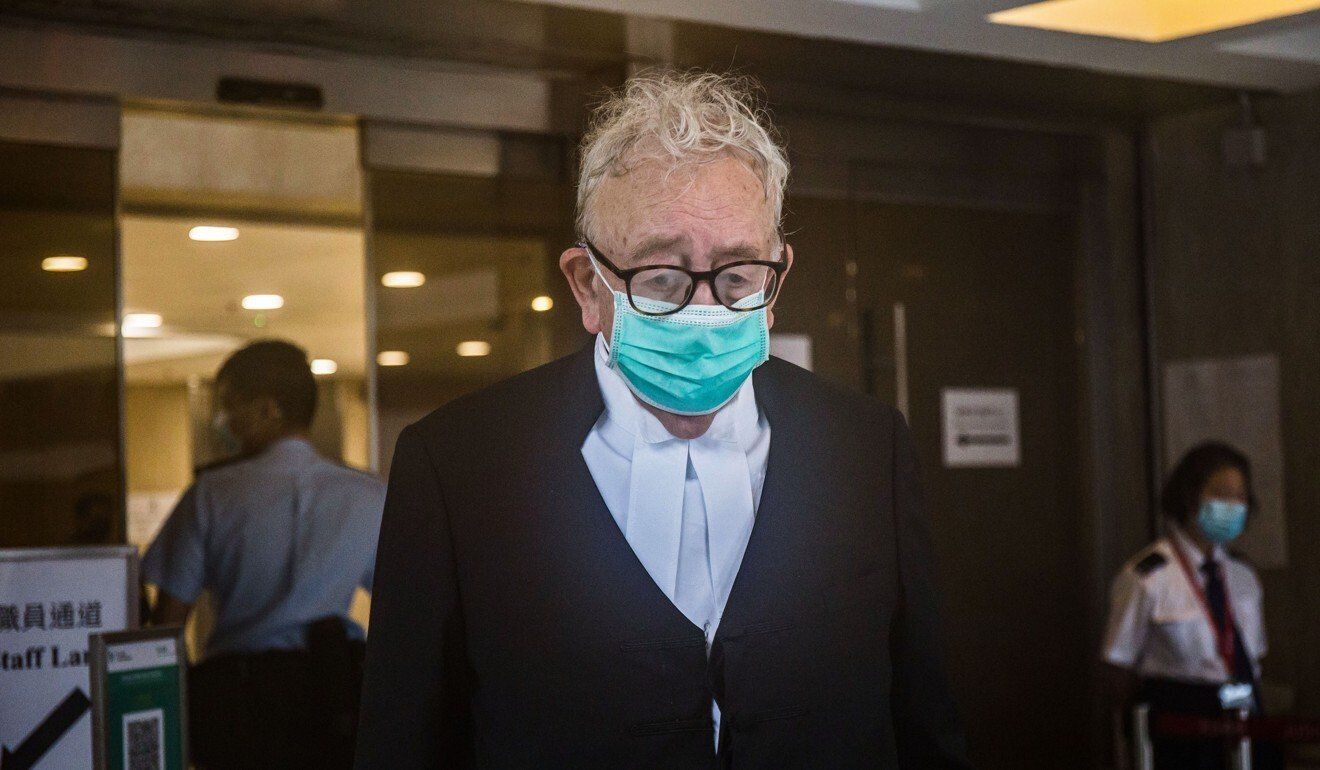 Defence counsel Clive Grossman leaves the High Court after arguing his client, Tong Ying-kit, had not violated the national security law on Tuesday.

He also argued the slogan on the flag was “too vague” to be capable of inciting separatism.

Apart from articulating demands, the catchphrase could also be used to promote solidarity among like-minded people, the lawyer continued.

“It’s not a speech crime,” Grossman continued. “The meaning of the slogan cannot be pinned down to one particular, uncontroversial meaning.”

He went on to criticise the evidence of historian Lau Chi-pang, who testified for the prosecution that the slogan must be secessionist in nature based on how the wording was understood in the past, saying the expert’s opinion was grounded in “untenable, rigid and mechanical views on history”. 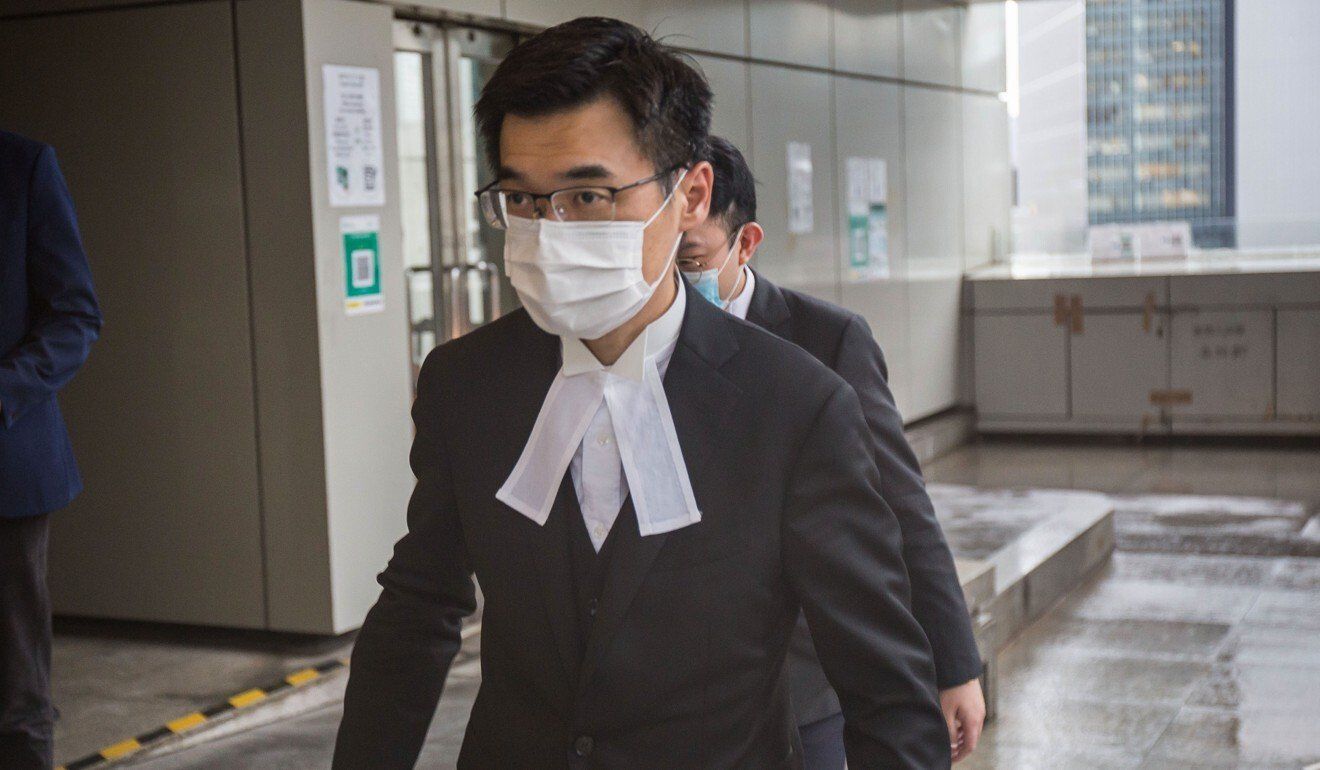 Prosecutor Anthony Chau Tin-hang, meanwhile, urged the court to dismiss the evidence of two defence scholars who had argued the slogan was ambiguous and open to interpretation, as they were neither experts in Chinese history nor the Chinese language.

Chau asked the court to take a holistic view of the incident, arguing the defendant had intended for his act to be as conspicuous as possible so as to coerce the mainland and local governments, intimidate the public and further his pro-independence agenda.

Even if the court did not uphold the terrorism charge, Chau said the bench could still convict Tong of dangerous driving, given the risk of fixing a flagpole to the back of a motorcycle, which could have blocked the view of other drivers or suddenly come off while the bike was in motion. The defendant also breached traffic rules when he overtook a private car from the left within a narrow space just before the collision, he added.

Tong has been charged with the security law offences of incitement to commit secession and terrorism. He also faces one count of dangerous driving causing grievous bodily harm, which acts as an alternative charge to the terrorism allegation.