Education Bureau seeks to spell out ‘correct and accurate understanding’ of Hong Kong’s history amid debate over school textbook revisions.

Education authorities have spelled out in their clearest terms yet the “correct and accurate understanding” of Hong Kong’s history, stating the city was never a colony despite having been under colonial rule during the British “occupation”.

In an article posted on its website on Tuesday, the Education Bureau said it was not seeking to deny the city’s history but that students needed to have an accurate understanding of the basic facts of important past events of China.

The bureau also stated the 1997 handover was a “passing of authority” from Britain to China and not “a transfer of sovereignty”. 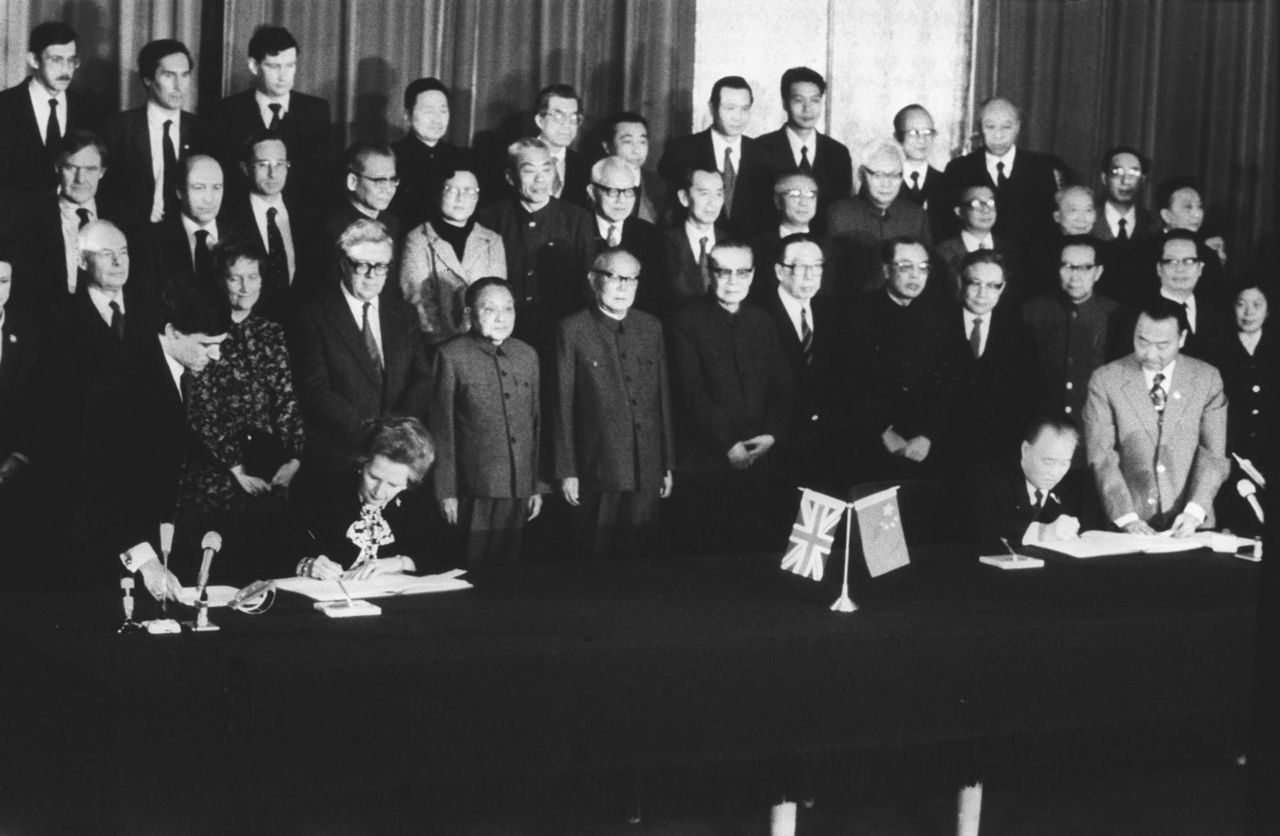 A debate over the city’s historical status intensified after secondary school textbooks were revised to say Hong Kong was not a British colony but an occupied territory, as the Chinese government never recognised the “unequal” treaties that ceded the land in the 19th century.

Some pro-Beijing figures have argued it is time to correct “wrong ideas” about the city’s past, while some Western media considered the revisions a bid to change the narrative.

In its article, the bureau said: “To say that Hong Kong was not a British colony is not to deny the history that Hong Kong had once been occupied by the British. It is to stress that using the word ‘colony’ to describe the status of Hong Kong is not appropriate.

“We have to let students have the correct understanding of the fact that China has always had sovereignty over Hong Kong. Since 1842, Britain had implemented ‘colonial rule’ in Hong Kong, but did not have sovereignty [over it]. As such, Britain had no right to allow Hong Kong to become self-autonomous or independent.”

It added: “In 1984, China and Britain signed the [Joint Declaration]. It recognises that the People’s Republic of China would resume the exercise of sovereignty over Hong Kong with effect from July 1, 1997. In the Basic Law that was subsequently promulgated, it also states explicitly that Hong Kong has been part of the territory of China since ancient times, and that the Hong Kong special administrative region is an inalienable part of the People’s Republic of China.

“With effect from July 1, 1997, China formally resumed the exercise of sovereignty over Hong Kong, and not recovered the sovereignty of Hong Kong. The ceremony between China and Britain was one for the passing of authority, and not a transfer of sovereignty.

“Hence, although Britain had occupied Hong Kong for over 150 years, and had implemented colonial rule here, there was no change to the fact that [China] has always had sovereignty over Hong Kong.”

At issue were three treaties the Qing dynasty (1644-1911) signed to end the wars with Britain in the 1800s that resulted in Hong Kong coming under its rule. The city was returned to China in 1997 under arrangements agreed in the Sino-British Joint Declaration.

But the bureau argued: “According to international law, the treaties had no legal binding effect because the Qing dynasty had been forced to sign them under the threats of British force. And ever since the 1911 revolution, not a term of the Chinese governments has recognised the three unequal treaties.”

It also cited a United Nations vote in 1972 that led to Hong Kong and Macau being removed from the world body’s list of non-self-governing territories. The vote was the result of Beijing opposing the UN classification of the two cities as colonies.

But Britain maintained the action of the UN General Assembly did not affect the legal status of Hong Kong.

Chan Chi-wa, a retired secondary school vice-principal who taught Chinese history for more than three decades said: “The newly published document provided the historical perspective of the United Nations, which will be easier for the students to understand.”

Chan expected the change of the terms would be applied to history and Chinese history textbooks gradually, as he said the term now only appeared on textbooks of the new subject citizenship and social development.