Concern group also proposes reporting system for tenants to lodge complaints with the government about potential fire or health hazards.

An advocacy group has called for Hong Kong’s notorious subdivided flats to be outlawed, with a road map to phase them out within the next decade.

The Concerning Grassroots’ Housing Rights Alliance also proposed a reporting system for tenants to lodge complaints with the government about potential fire or health hazards in their subdivided flats, with landlords not allowed to collect rent until the identified dangers were rectified.

“Lee likes to boast about the government’s mentorship scheme to help children living in subdivided flats get out of cross-generational poverty,” Yu said, referring to a new programme introduced by a high-level government task force set up to tackle intergenerational poverty.

“But the crux of the issue is that we should not have people living in such a rundown environment in the first place.”

Yu urged the government to conduct a citywide exercise to determine the number and whereabouts of subdivided flats with those found to be unregistered or have come into existence after the registration period deemed illegal and cleared.

After registration, according to the alliance, the first priority set should be to get rid of subdivided flats with imminent fire hazards, followed by those with structural building problems, and then ones with hygiene issues.

Illegally converted subdivided flats in industrial or commercial buildings should be dealt with in the fourth and last phase, according to the alliance’s road map.

Affected tenants could be moved to transitional housing, the alliance said. It also asked the government to entrust welfare groups to run hostels for subdivided flat tenants.

Yu said: “It may sound a tall order. But if the government can show determination and follow our plan, we are hopeful Hong Kong can get rid of the subdivided flat problem in five to 10 years.”

The alliance also proposed a risk-based evaluation tool, modelled on the British housing health and safety rating system, to help the authorities identify and protect against potential risks arising from any deficiencies identified in dwellings.

The alliance said this could also help the government set priorities on the subdivided flats to be cleared.

It said tenants should be encouraged to report deficiencies to the government and until the landlords had rectified them, they would have to waive the rent.

“Subdivided flats” is a term commonly used to describe where an apartment is partitioned into two or more self-contained cubicles. Many of the conversions are carried out illegally, but tens of thousands of needy families have to resort to living in these cramped cubicles, often poorly maintained, during their wait for public housing.

At present, 250,000 families are on the public housing waiting list, and the average wait is about six years, despite a government target of three years. 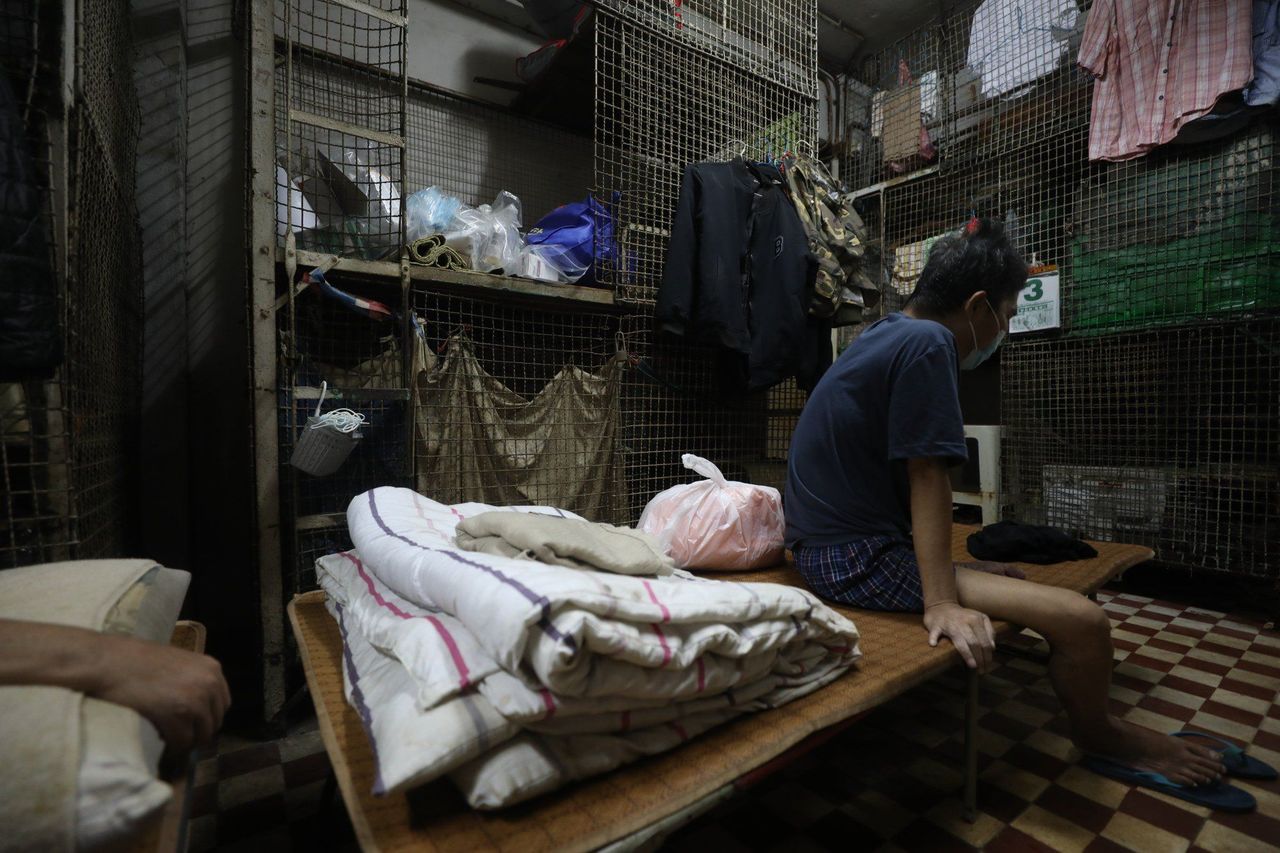 A subdivided flat with “cage homes” in Hong Kong.

Beijing has called the city’s housing shortage a “deep-rooted problem” which should be addressed, while the director of the State Council’s Hong Kong and Macau Affairs Office, Xia Baolong, last year said Hong Kong should “bid farewell” to subdivided flats and cage homes by 2049. Lee has made increasing the housing supply a policy priority.

Professor Yau Yung of Lingnan University’s department of sociology and social policy said he believed the alliance’s road map was sensible but it should be supplemented with a good plan to rehouse the affected subdivided flat tenants.

As a way to ban subdivided flats, he said, the government could impose restrictions in the land lease to limit the number of partitioned rooms in a flat or set rules on the minimum living space a person should enjoy.

“For example, if it is a one-bedroom unit, you can’t subdivide it into a three-bedroom. It is also a way to prevent landlords from subdividing their flats into cubicles for renting,” he added.

A Housing Bureau spokesman reiterated that the fundamental approach to resolving the subdivided flat problem was to continuously increase land and housing supply. He said a new task force on public housing projects would submit specific proposals to the chief executive within the first 100 days of the new government’s term, which started on July 1.