Hong Kong is in talks to invest more cash into Zhuhai airport and create an aviation industrial park in the mainland Chinese city, as part of an agreement signed on Wednesday.

The news came as the government moved to strengthen ties with a memorandum of understanding between Hong Kong airport and Zhuhai’s in a bid to boost the city’s status as an international air travel hub for the region.

“The memorandum of understanding will enhance the complementarity of the respective strengths of the two airports and raise their competitiveness, thereby culminating in a win-win situation,” Secretary for Transport and Logistics Lam Sai-hung said.

The document outlined several collaborations, including the launch of “Fly-Via-Zhuhai-HK” services, which would link passengers flying from Hong Kong to Zhuhai airport and connect on to other mainland cities.

The scheme would also see passengers travelling overseas from the mainland go through Hong Kong’s airport.

The new flight paths would blend Zhuhai’s domestic routes with Hong Kong’s string of long-haul flights in a bid to attract mainland passengers. 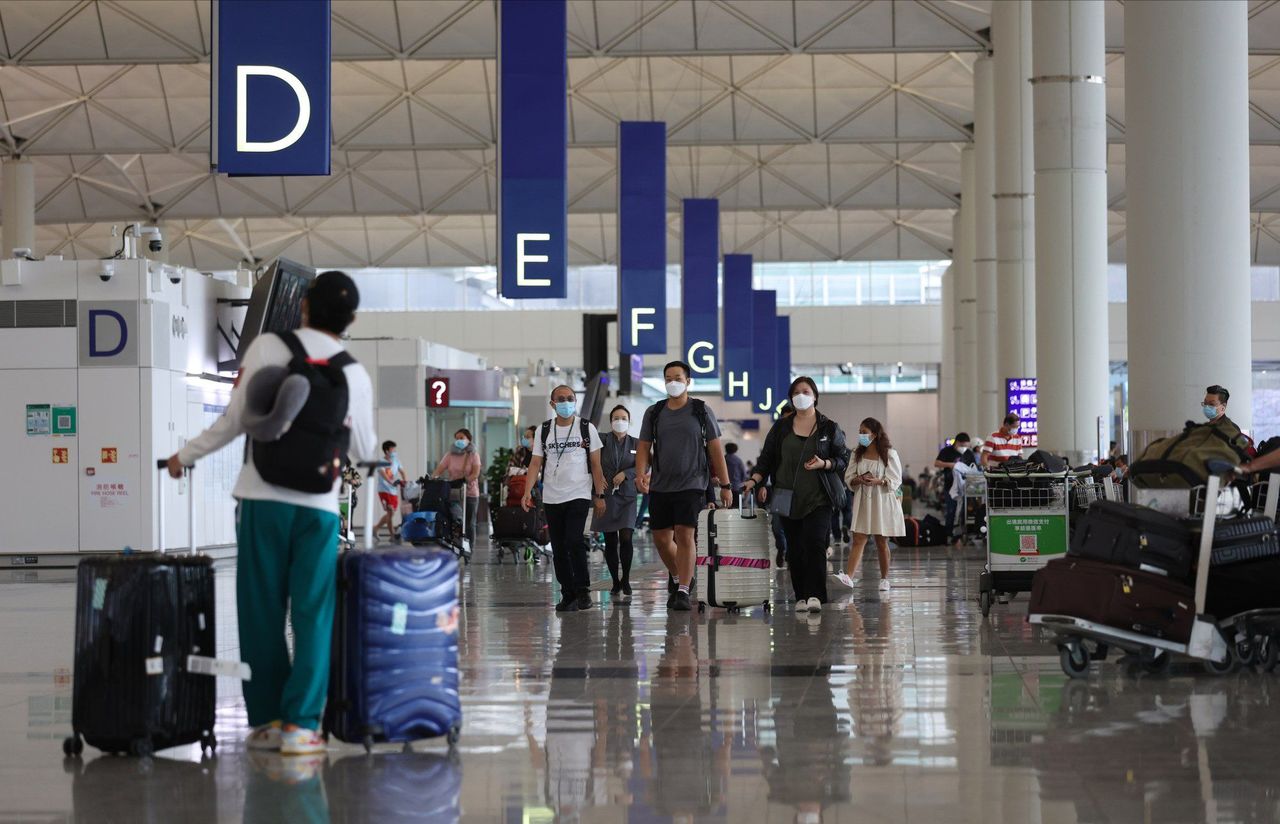 Passengers in the departure hall at Hong Kong International Airport.
The agreement added Hong Kong was in “active discussions” to inject more investment into Zhuhai airport, develop the international air cargo business in both places and create an aviation industrial park in the mainland city.

The high-end aviation industrial park was touted by the Airport Authority Hong Kong (AAHK) as a centre for aircraft maintenance, parts and accessories production and distribution, as well for aircraft engineering training and research.

Jack So, the AAHK chairman, said better cooperation between the two airports would play on their respective advantages, as well as use the convenience of the Hong Kong-Zhuhai-Macau Bridge.

He added the construction of the industrial park would boost the demand for logistics and air cargo services.

Analysts said the agreement was a milestone in cooperation between the two airports and was a good move for both cities.

Law Cheung-kwok, a senior adviser at the aviation policy and research centre at Chinese University, said Hong Kong would be looking to increase its investment in Zhuhai airport.

“The further expansion and enhancement of the Zhuhai airport would need additional financing. The Zhuhai government would like Hong Kong International Airport to participate more actively in terms of equity investment,” he said.

The AAHK has managed the mainland’s 35th largest airport since 2006 in a joint venture with Zhuhai’s municipal government and paid 198 million yuan (US$27.3 million) for a 55 per cent stake.

Andrew Yuen Chi-lok, also a Chinese University aviation expert, explained the high-end aviation industrial park would strengthen the supply chain for the sector in the region, which included aircraft maintenance and engineering.

“The development could facilitate the division of labour by leveraging the competitive advantage of the two airports. For example, Zhuhai has sufficient land and labour for manufacturing,” Yuen said.

Law predicted there would be “tremendous demand for these kinds of aircraft parts and components to be produced in the southern part of China”.

Legislative Council transport panel member Yang Wing-kit said the agreement would consolidate Hong Kong’s role as an aviation financial hub, as outlined in the 14th five-year plan, and expand its reach to the west bank of the Pearl River Delta.

Dr Ng Kam-hung, of Polytechnic University’s department of aeronautical and aviation engineering, said strong demand for international travel from the mainland would solidify Hong Kong as a major aviation centre.

“Given the geographic locality of Hong Kong, the Hong Kong International Airport will be the transit hub of the air transport network. The concept is similar to a hub-and-spoke network,” Ng said.

“Hong Kong airport is a central hub and serves international air transport between overseas and China.”

The agreement was signed in Zhuhai by Qin Chun, the vice-mayor of the city, and Vivian Cheung, the AAHK executive director of airport operations, at an event also attended by Huang Zhihao, the mayor of Zhuhai, and other senior mainland officials.

The AAHK said in 2020 it wanted to increase its 55 per cent stake in Zhuhai, but did not want complete control.

Hong Kong former leader Carrie Lam Cheng Yuet-ngor highlighted the equity investment in Zhuhai airport in 2020 as a key way to boost the aviation sector’s relationships in the Greater Bay Area, the central government’s scheme to link Hong Kong, Macau and nine cities in Guangdong province into an integrated economic and business hub.