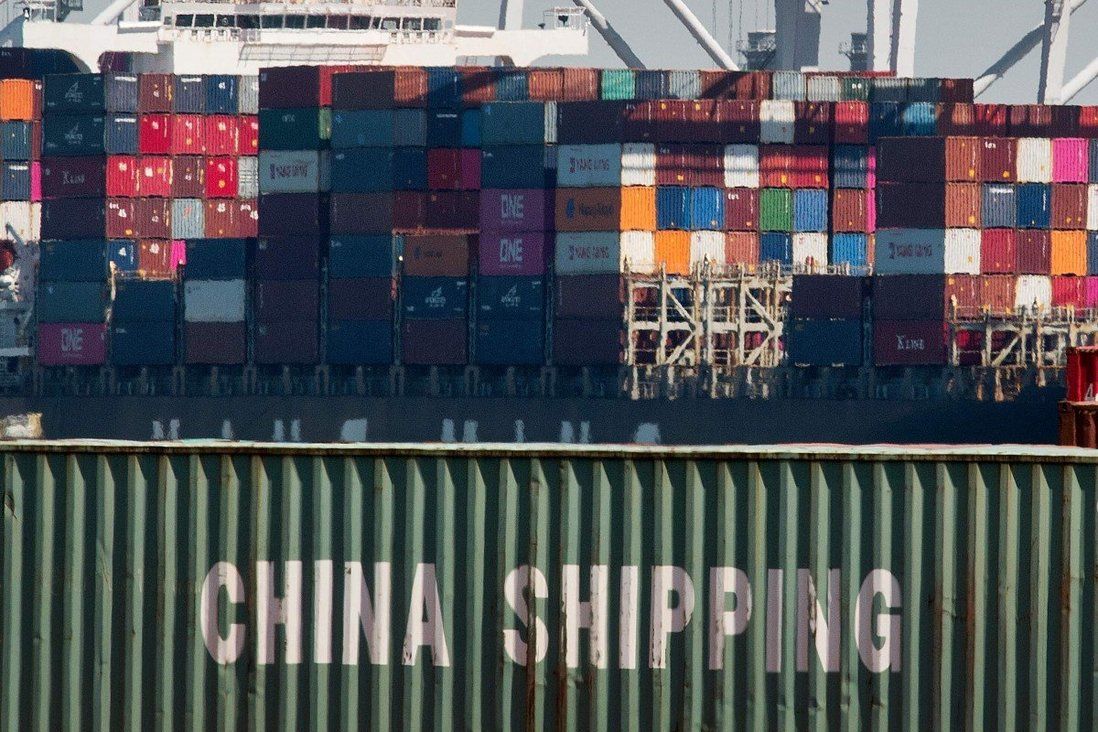 Hong Kong’s WTO labelling dispute with US moves ahead

The WTO has granted Hong Kong’s second request to form a dispute panel against a Trump-era order that forces the city’s locally made goods to be labelled ‘Made in China’.

Hong Kong’s dispute with the United States over a “Made in China” labelling demand has taken an important step forward, after the city’s request to establish a disputes panel at the World Trade Organization (WTO) was granted.

Hong Kong made the request to the Geneva body in January, but it was blocked by the US.

However, at a meeting of the organisation’s Dispute Settlement Body on Monday, a second request was granted, according to a Geneva trade official who was there.

It is common for recipients of complaints to reject panel formation requests at the WTO in the first instance, when they must pass by consensus, with defendants effectively holding veto power.

But in the second instance, the requirement is flipped, with unanimity against the panel’s formation required to block it.

At Monday’s meeting, Hong Kong representatives said that the labelling rule “is inconsistent with the WTO’s fundamental obligation to provide most favoured nation treatment to all members as well as various provisions” under WTO rules.

In response, the US said it regretted Hong Kong moving forward with its second request for a panel, adding that Washington’s actions had been based on an executive order determining that the Hong Kong situation “constitutes a threat to the national security of the United States”.

US representatives added that national security exceptions “are not subject to review through WTO dispute settlement” mechanisms.

The dispute arose after former US president Donald Trump signed an executive order in July last year that ended Hong Kong’s special trading status. The order on “Hong Kong normalisation” was in response to Beijing’s imposition of a sweeping national security law on the city targeting acts of secession, subversion, terrorism and collusion with foreign forces.

In August, a notice appeared on the US Federal Register requiring that Hong Kong-made goods be relabelled as “Made in China” if they are to be permitted entry to US ports, a move designed to underscore the financial hub’s status as “just another Chinese city”. After some delay, this eventually came into effect in November.

In a note filed with the WTO on January 14, the Hong Kong government laid out seven rules of the global trading architecture that it accuses the US of flouting.

The case has attracted much debate, not least due to the timing. The Hong Kong government lodged its request for a panel just as the Biden administration was getting its feet under the table. Biden’s pick to become US Trade Representative, Katherine Tai, is to face a Senate Finance Committee confirmation hearing this week.

It also came as the WTO itself was in flux. Earlier this month, the Biden administration removed the Trump administration’s veto on a new leader for the organisation, smoothing the appointment of the Nigerian Ngozi Okonjo-Iweala as the WTO’s first female and first African director general.

“I questioned the timing of the initial request given that the US had a new incoming administration and still remains somewhat puzzled that Hong Kong has decided to push the matter and request a panel,” said Bryan Mercurio, a trade law professor at the Chinese University of Hong Kong.

“The Biden administration has recently allowed for the appointment of a new [WTO] director general and one would have thought that further negotiation with the new administration would be the prudent course of action for Hong Kong.

“Hong Kong is such a small jurisdiction and even if it wins the case – and it’s not an open and shut case – we lack the ability or economic incentive to effectively make use of retaliatory measures against the United States.”

There is also the fact that the Appellate Body, the WTO’s final court of appeal, is effectively defunct, after the US blocked the appointment of new judges. This means even if Hong Kong was to win a dispute award, it could be “appealed into the void”, since there is no appeal court to hear it, Mercurio added.

“Even if the panel renders a ruling in favour of Hong Kong, the US will be able to make the case a pending one just by making an appeal to the dispute settlement body [DSB] given the de facto non-existence of the Appellate Body,” said Kong Qingjiang, a law professor at the China University of Political Science and Law in Beijing.

“Nevertheless, bringing the US to the DSB itself is a clear illustration of [Hong Kong’s] stance against the US sanctions.”

Now begins the process of composing a three-person dispute panel, with the rules allowing 20 days for each party to agree on three names, one of which will be chair.

If there is no agreement, then either party can request that the director general, in consultation with the chair of the disputes body, pick the panel members. That has to be done no later than 10 days after the request for panel composition is received.

Henry Gao, an associate professor of law at Singapore Management University, was sceptical as to whether the panel would progress to completion, saying that “the whole business is messy on both sides, especially that of Hong Kong”.

“For Hong Kong, engaging in detailed arguments on this would be like a public inquiry on Hong Kong’s autonomy. I think at one point, Beijing might call it off for strategic reasons,” Gao said.

The Hong Kong government, however, has repeatedly vowed to resist the designation. Secretary for Commerce and Economic Development Edward Yau Tang-wah in January described the US move as a “unilateral and irresponsible attempt to weaken Hong Kong’s status as a separate customs territory, which is conferred by the Basic Law”.

“Such a move also confuses the market and undermines the rules-based multilateral trading system,” Yau added.