The sole Sikh temple in Hong Kong reopened its doors on Sunday after a HK$230 million (US$29 million) five-year renovation, with the larger three-storey building featuring a medical centre, a larger kitchen and language classes.

More than 5000 Sikhs and devotees of Sikhism gathered at the Khalsa Diwan in Wan Chai for the start of a three-day ceremony to mark the rebirth of their religious and social centre – a gurdwara in Punjabi.

“I’m very proud of our community. I’m over 70 years old and wanted to do something for future generations to come, to give them this nice building to feel proud of,” said Batra Singh, the secretary of the reconstruction project. 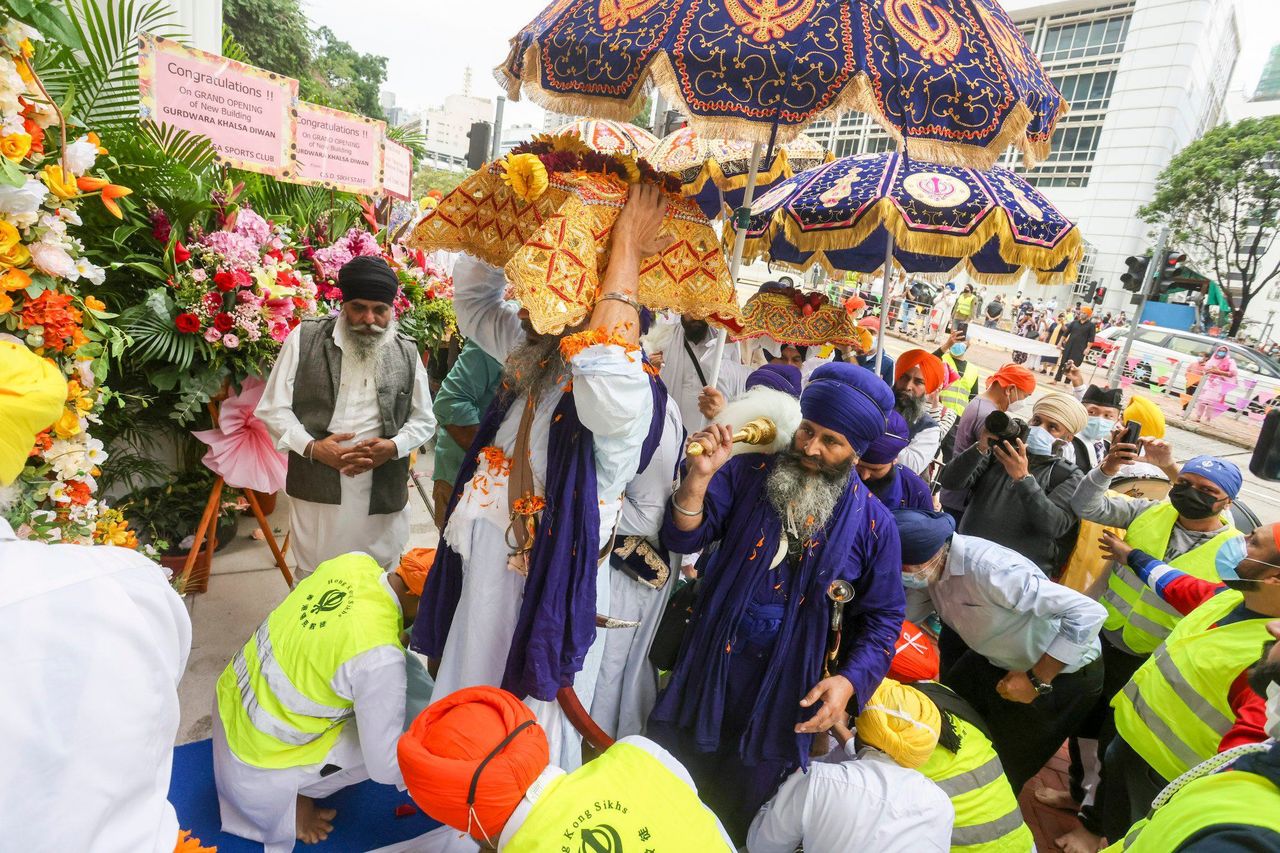 The city’s long-established Sikh community celebrate the reopening of their only Hong Kong temple after a five-year renovation.

The rebuilt temple sits on the faith’s century-old site at the junction of Queen’s Road East and Stubbs Road and has an enlarged congregation hall and a kitchen equipped to serve around 3,000 people.

The new-look building will also feature a library open to visitors and a car park.

The temple, designed in India, was paid for by donations big and small from Sikhs in Hong Kong.

Harry Banga, the chairman of shipping conglomerate Caravel Group, was the largest donor, with a HK$50 million endowment, while other Sikh-led businesses and families in the city also contributed millions.

The temple’s clinic will feature Sikh medical professionals, who will deal with the faithful’s health inquiries three days a week free of charge and be able to prescribe medicine.

Staff will include a doctor, two medical students and five nurses – all volunteers.

Inderjeet Kaur, 50, who visited the temple with her 11-year-old daughter, told the Post she was delighted because important occasions in her life had been marked at the old temple, including the birth blessings for her daughter.

“It’s beautiful and spacious, it can now accommodate more people at one time,” Kaur said. “I’m very excited. All the contributions have been well-used. Everyone donated as per their budget and financial situation.”

The religious group will also run language classes in Punjabi and, for the first time, in Cantonese to foster the younger generation’s sense of cultural belonging as well as help Indian immigrants to adjust to the city.

“Due to the lack of space, [past attempts at integrating migrants] haven’t been successful,” said Gurdev Singh Ghalib, the convenor of the reconstruction project.

“We will be organising Cantonese classes to let migrants from India experience local culture and learn Cantonese.”

The temple, first established in 1901, was rebuilt after the second world war after it was bombed during the Japanese invasion of the city.

The building needed further work in 2013 after excavation for a construction project next door damaged the foundations.

Cheuk Ka-kin, an anthropologist from City University, who has studied the Sikh diaspora for more than a decade, said the community had lived in Hong Kong for more than 150 years.

“They came with the British mainly as policemen and correctional officers, but were quite active in history with lots of engagement with broader Hong Kong history,” he explained.

“The community is more diverse now, with many working in different industries, but many have kept the faith and the temple is still a social space important to their history and identity.”

The Sikh temple will continue the festivities until the official opening of the building on Tuesday, the birthday of Guru Nanak Dev, the founder of the faith.