Hong Kong’s only drinks carton recycler is on the verge of folding after the government-backed landlord refused to renew its lease and told it to leave the premises within four months.

Founders warned that the cessation would immediately affect the city’s more than 160 collection points for recyclables as no other companies could process the waste.

“It will be a pity if we can’t continue our business. We don’t want the current recycling chain to break,” said Nigel Lo Chi-chung, operations director of pulp plant Mil Mill. “We initially had plans to upgrade our services, but we don’t dare do it now.” 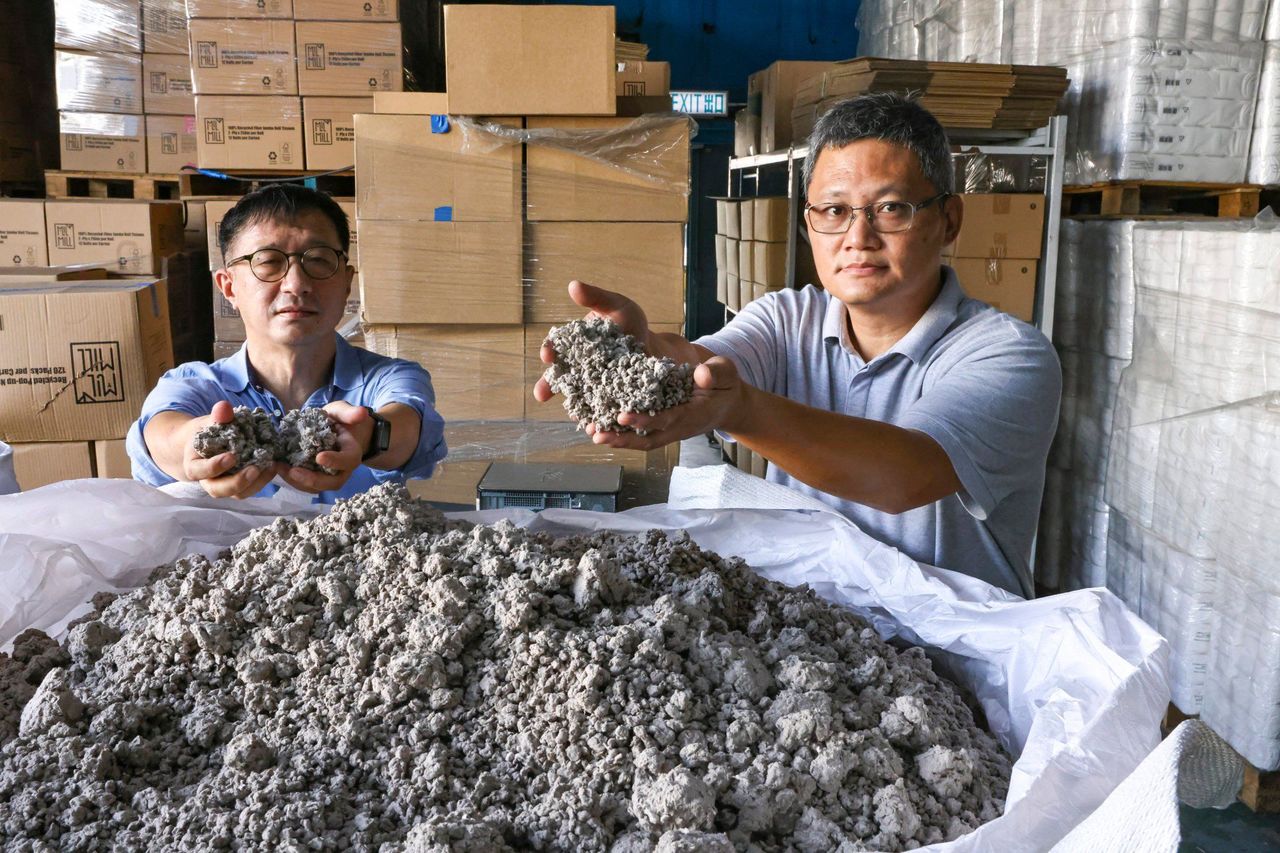 Harold Yip Man-ki, the recycler’s executive director, said he was concerned the recycling culture that had developed among the public would evaporate.

“Residents have built a recycling habit. After they consume their beverages, they take the cartons home, rinse them and recycle them,” he said. “It takes time for residents to pick up the routine again if it stops.”

The duo launched Mil Mill in October 2019, turning drinks cartons and other paper waste into products such as cardboard, building materials and cat litter. 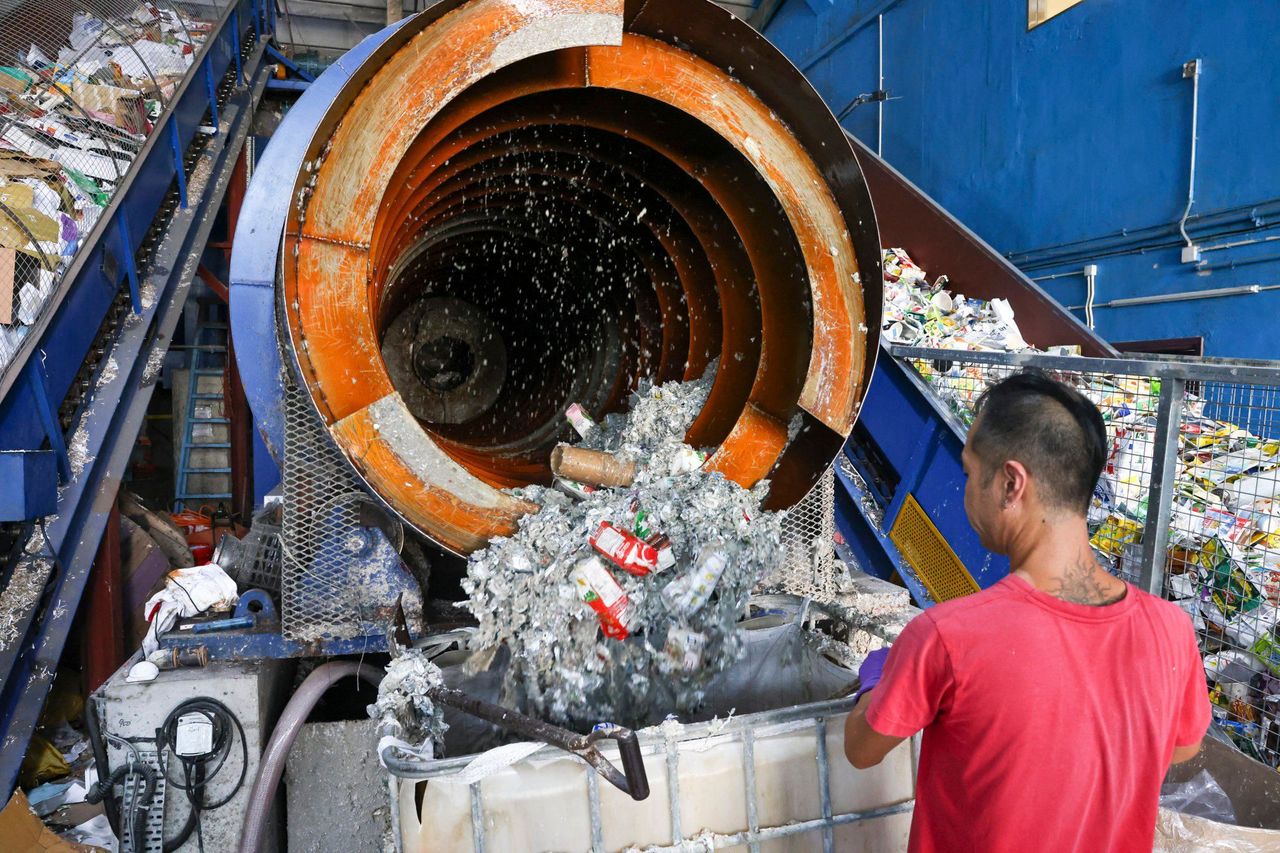 A worker at Mil Mill operates a recycling machine that converts drinks cartons and other paper waste into products such as cardboard, building materials and cat litter.

Of some 67 tonnes of used cartons produced daily in Hong Kong, Mil Mill currently collects three tonnes daily, with Yip saying it could ramp up the capacity to 60 tonnes a day if collection power increased.

The recycling of drinks cartons is more challenging than what is involved with other paper products, as the containers are encased in multiple layers of polythene and aluminium for water resistance and durability. Because of the extra work needed to break down the coatings, the profit margin is lower than what other recycling yields.

Yip and Lo rent a plot of land spanning 20,000 sq ft in the Yuen Long Industrial Estate from the Hong Kong Science and Technology Parks Corporation, which administers the area.

In an email dated September 5, the science park stated the duo had to vacate the premises by December 31 this year, adding it could not offer any extension of the current tenancy.

The email, seen by the Post, provided neither reasons for the lease termination nor any suggestions for reinstatement.

Yip said his company had always paid the rent on time and he was not aware of any misconduct on his end.

The sudden notification of cessation came despite authorities pledging to continue efforts to reduce waste to attain carbon neutrality. 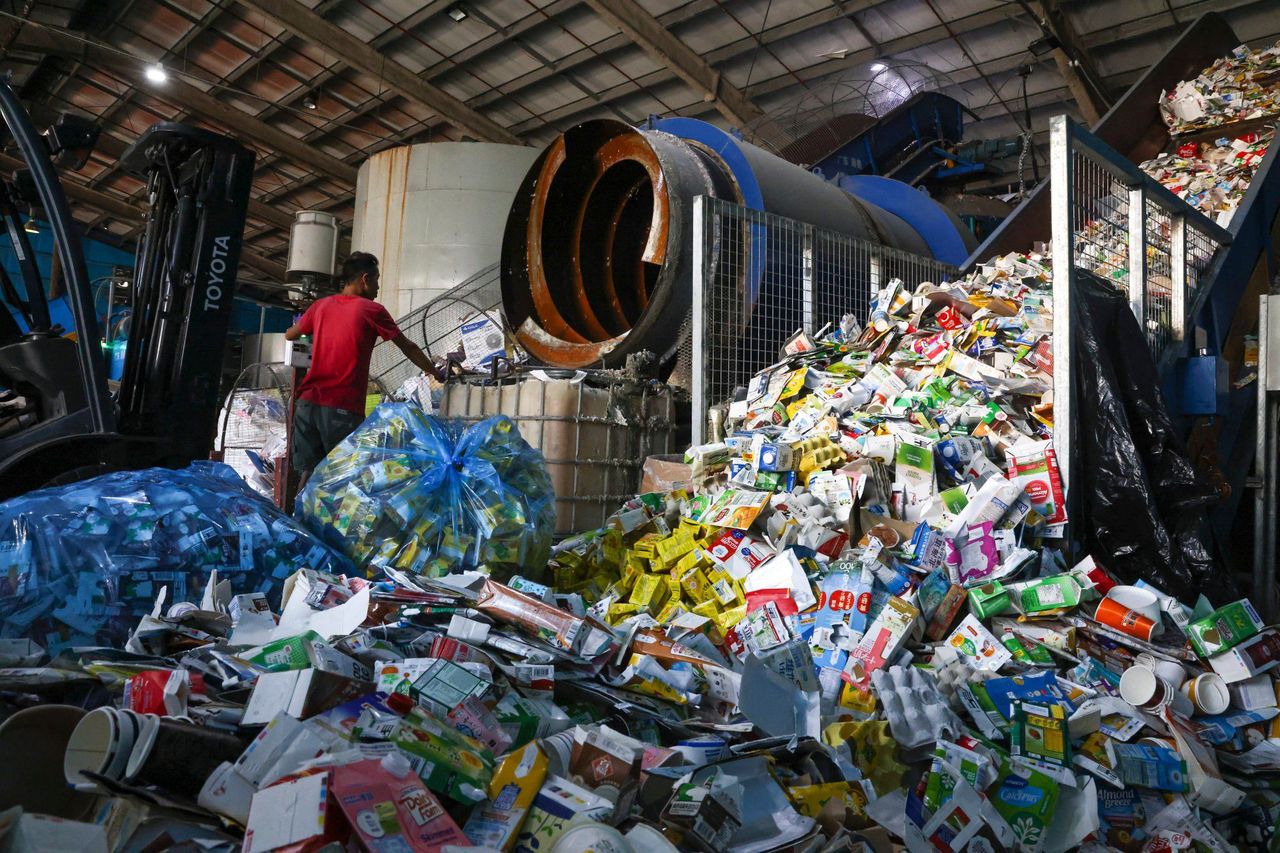 Pulp plant Mil Mill has been told to vacate the premises in four months.

The science park told the Post the lease termination was due to a re-industrialisation project that was launched last year, adding it would continue to discuss the moving-out date with Mil Mill and might offer a grace period if needed.

“There are specific policies and an approval process in place and all lessees are required to operate in accordance with the terms of their leases,” a spokesman said.

The Innovation, Technology and Industry Bureau and the Innovation and Technology Commission said they were not involved in the tenders and leases of lands handled by the science park.

While the board of directors for the science park includes government representatives as permanent members, authorities would not interfere in its day-to-day operations, the commission said.

The Environmental Protection Department said it had no knowledge of the matter and would contact Mil Mill to see if it could help. It added that it had 20 land plots reserved for the local recycling industry, including two sites in the EcoPark in Tuen Mun with a total area of 1.3 hectares (3.2 acres)

Chief Secretary Eric Chan Kwok-ki on Thursday said the government had approved 100 research and development projects related to green technology, and that it would invest about HK$240 billion (US$31 billion) in the next 15 to 20 years to implement measures to mitigate and adapt to climate change.

Chinese President Xi Jinping has said the country will strive to peak carbon dioxide emissions by 2030 and achieve carbon neutrality by 2060.

Since 2015, the Environment Protection Department has operated more than 160 recycling spots under a project called Green@Community to collect more than 13,500 tonnes of recyclables daily, including plastic bottles, waste paper, glasses and home appliances.

Yip said Mil Mill, which runs solely on solar energy, could reduce up to 5,860 tonnes of carbon emissions for the city annually, equivalent to the intake of more than 1,300 trees in a year.

Environmental group Greenpeace Hong Kong said it was saddened by the decision to end the lease and urged authorities to handle the situation appropriately.

“It shows that the government is not at all supportive of environmental protection, and it goes against the waste-reduction policies it flaunts,” group campaigner Leanne Tam Wing-lam said.

“Without Mil Mill, many people wouldn’t have known beverage cartons could be recycled. The government is giving the public a perception that engaging in environmental protection work in Hong Kong doesn’t deserve a future.”