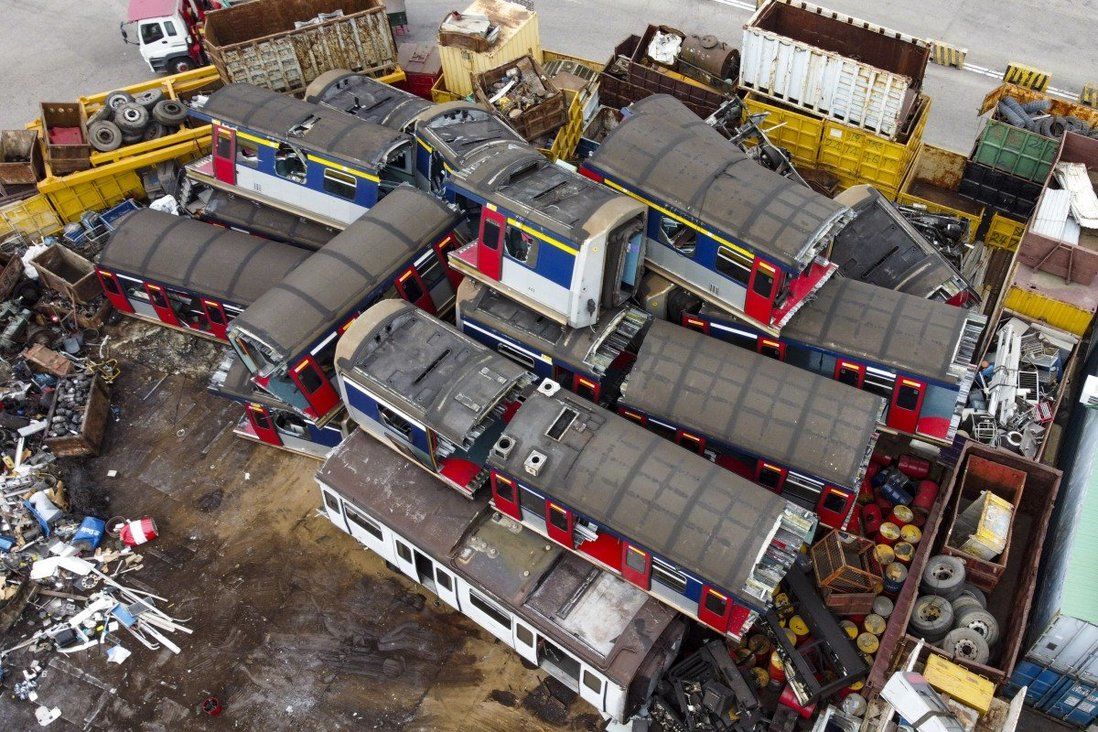 MTR Corp open to donating to community, but expert says old trains occupy too much space.

The MTR Corporation is retiring 28 East Rail line trains that have served Hong Kong for nearly 40 years and most are headed for the scrapyard.

The 12-carriage trains made in Britain will be taken off service in phases for disposal.

A spokesman for the company said a contractor chosen by open tender to dispose of the trains had been told to remove spare parts for recycling and ensure that the disposal process complied with environmental laws and guidelines.

Some old trains end up in scrap metal graveyards. On Thursday, the Post found several carriages broken into sections and piled up with other discards in a Tuen Mun scrapyard.

That prompted Quentin Cheng Hin-kei, spokesman for commuter concern group Public Transport Research Team, to urge the rail company to explore offering the retired trains for community projects or putting them up for auction.

While he understood that the MTR Corp had to dump the old trains if there were no buyers, he thought they might be put to new uses as restaurants or display venues.

“After all, these old trains have their historical value and many people have fond memories of them,” he said.

The company spokesman said it was exploring the possibility of donating the trains to the community and had already given a carriage to the Fire Services Department to use for training. 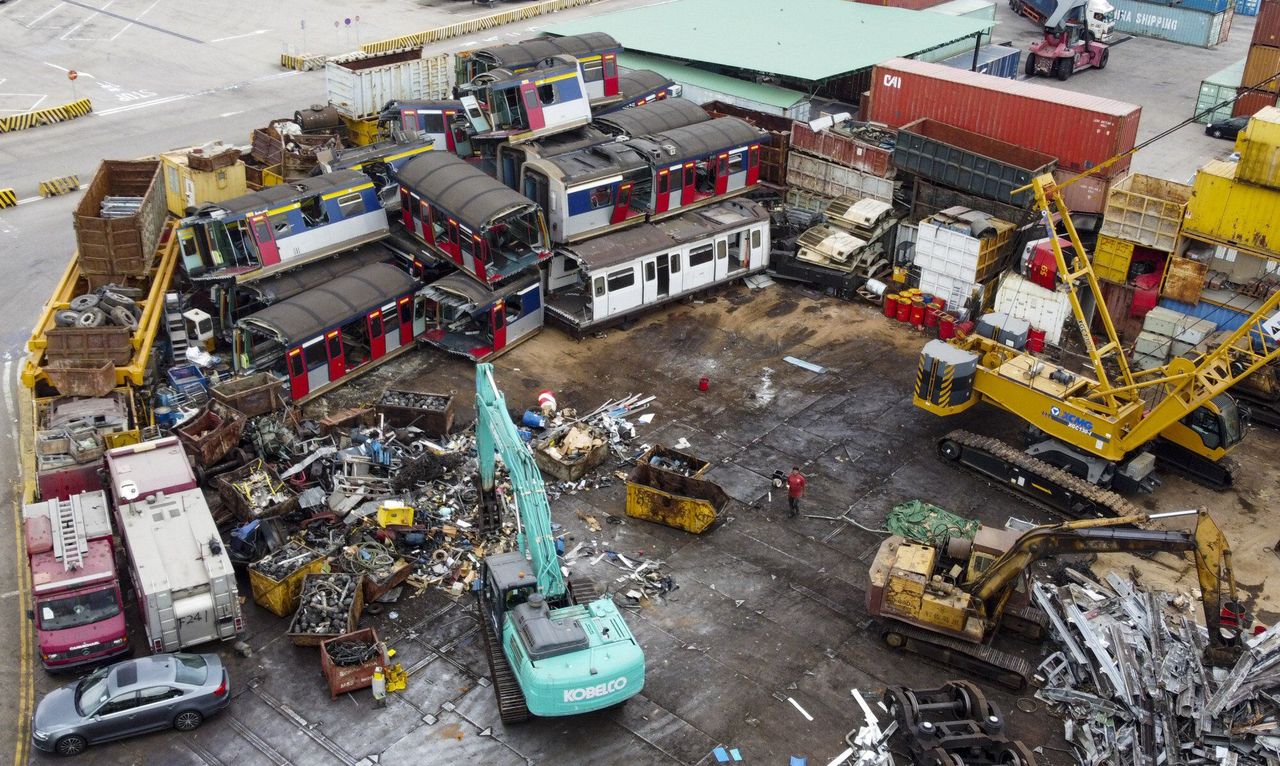 A concern group is urging the MTR Corp to explore offering retired trains for community projects or putting them up for auction.

The 28 trains to be retired were built by English manufacturer Metro-Cammell and delivered to Hong Kong in batches since 1982.

Henry Cheung Nin-sang, chairman of the Association of Hong Kong Railway Transport Professionals, said it would be impractical for individual parties to use the old trains even if the MTR Corp donated them.

“The real problem is that a carriage takes up a lot of space and it is very hard to find a place to accommodate it,” he said.

Cheung recalled that in the past, MTR Corp could sell retired trains to developing countries willing to use second-hand rolling stock.

But the second-hand market was shrinking, he said, especially with cheap new trains available from mainland China.

“If the MTR can’t find a buyer for the retired trains, it has no choice but to send them to the scrapyard,” he said.

Besides, he pointed out, the trains to be retired were old and overused, with little restoration value.

“For a normal train, its life span is usually about 50 years. But the East Rail trains have been used excessively and are now equivalent to being more than 70 years old. Their market value is actually zero,” he said.

Even if the old trains were refurbished, their maintenance cost would be very high. “When you can source new trains at a cheap price in China, you won’t bother with buying old trains,” he said.