Family alerted Hung Hom station staff that the man, 66, was missing inside a toilet at around 6pm on Wednesday, only for a cleaner to find him inside one at 10.30pm.

Hong Kong’s rail network operator has apologised after an elderly man was found dead in a toilet for people with disabilities at Hung Hom station four and a half hours after relatives first alerted staff members that he was missing inside one of the bathrooms.

The family and a district councillor on Sunday questioned whether the MTR Corporation was negligent in handling the missing person report, while one of the man’s sons claimed a doctor said the deceased would still be alive if he had been found earlier.

“The corporation understands and apologises for the queries aroused from the case, including the case handling and communications of the case on the day,” the company said after the family held a press conference in the morning. “At this stage, we are committed to completing the investigation as early as possible and will take follow-up actions and improvements to protocol seriously according to the investigation findings.” 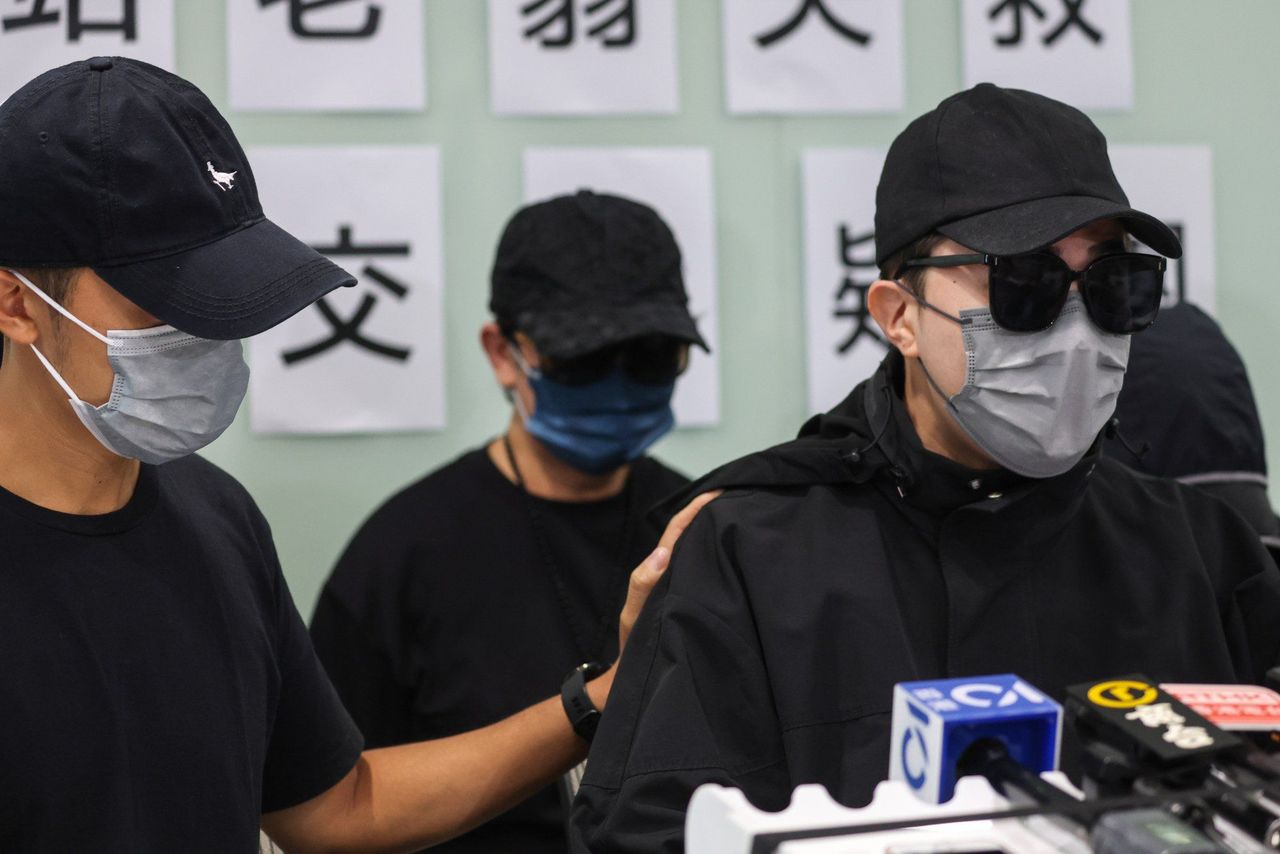 The man’s family is alleging the MTR Corp was negligent in handling the missing person report.

The company also vowed to investigate whether the relevant staff had strictly followed company guidelines in handling the assistance request and said it would cooperate with police. Each of its 90 toilets for people with disabilities would be installed with motion detectors that alerted station workers if no movement occurred for a period of time, it said.

A police spokeswoman said officers received a report at around 10.30pm on Wednesday about Hui’s collapse inside a toilet at Hung Hom station. An investigation was under way and a post mortem would be carried out to certify the cause of death, she said.

“Police may also submit an investigation report in accordance with the coroner’s instructions,” she added.

At the press conference, family members of the deceased man, surnamed Hui, described the events leading up to the discovery of his body.

Hui, 66, took the MTR Tuen Ma line with his 62-year-old wife from Ma On Shan to Yuen Long to visit friends on Wednesday afternoon, according to the couple’s 40-year-old son. When they arrived at Hung Hom station at about 5pm, Hui told his wife he would use the toilet, but given her difficulty walking, he asked her to go ahead to Long Ping and wait, the son recounted.

“But my mum became very worried after losing contact with him for a long time,” he said. “There was no response from his phone, no text or anything.”

Family members alerted police at around 5.50pm and 10 minutes later contacted the MTR Corp at the station to report Hui as missing inside a toilet.

“We gave all the details about my dad, such as his features and outfit, but for two hours the MTR staff only said they had checked all the toilets and found no trace of my dad,” the son said.

Believing employees had searched all the toilets, the family decided to look for him at other stations, he added.

At 10.30pm, a cleaner found Hui inside one of the four unisex toilets for people with disabilities at Hung Hom station, and the man was later certified dead at Queen Elizabeth Hospital.

“We’ve wrongly trusted the professionalism of the MTR Corp,” the son said. “Now we want their apologies and to do justice to the death of my father.”

Another of Hui’s sons, 30, said an inquest would be carried out. The doctor did not state the cause of death and noted Hui was otherwise healthy, according to the son.

“The doctor told us that had my dad been discovered earlier, he would have been saved,” he said. “We just wonder between 6pm and 10.30pm, how many staff members did the MTR Corp send to search for my dad? Did they check every toilet for the disabled in Hung Hom station? Did they check the CCTV to try to locate my dad?”

Hui’s wife broke down in tears at the press conference, saying his sudden death was too much to bear.

“He was a sunny person. That day we were very happy and had tea together,” she recalled. “Now he has suddenly passed away. How can I take it? I lost my partner because of the MTR’s negligence. Now I have no one to take care of me.” 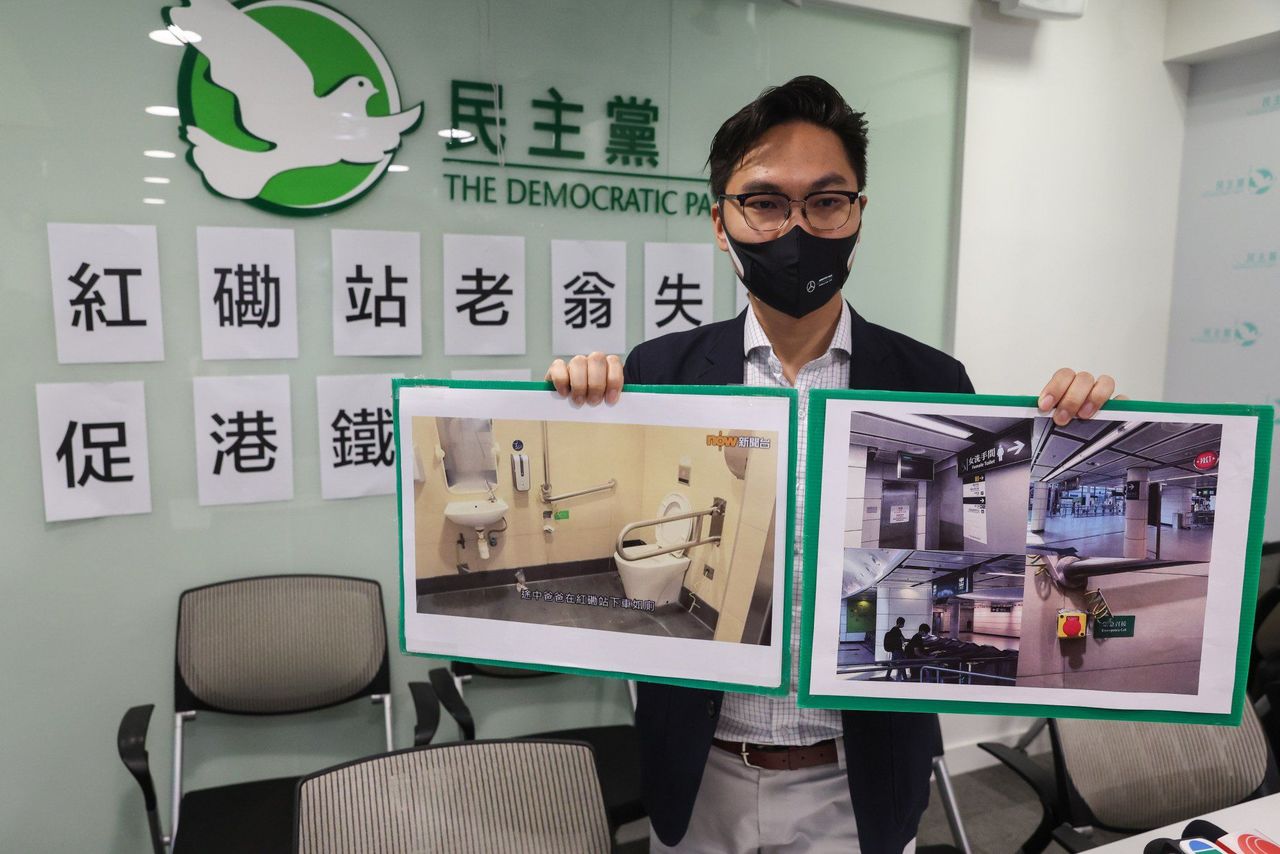 District councillor Leo Chu has also accused the MTR Corp of negligence in handling the case.

Yau Tsim Mong district councillor Leo Chu Tsz-lok, of the Democratic Party, also accused the MTR Corp of negligence as he questioned whether the company had enough cleaners and if guidelines for searching for a missing person were rigorously followed, including checking CCTV footage.

“The MTR Corp needs to answer our public queries and to put in place measures to avoid a repeat of this kind of mishap,” he said.