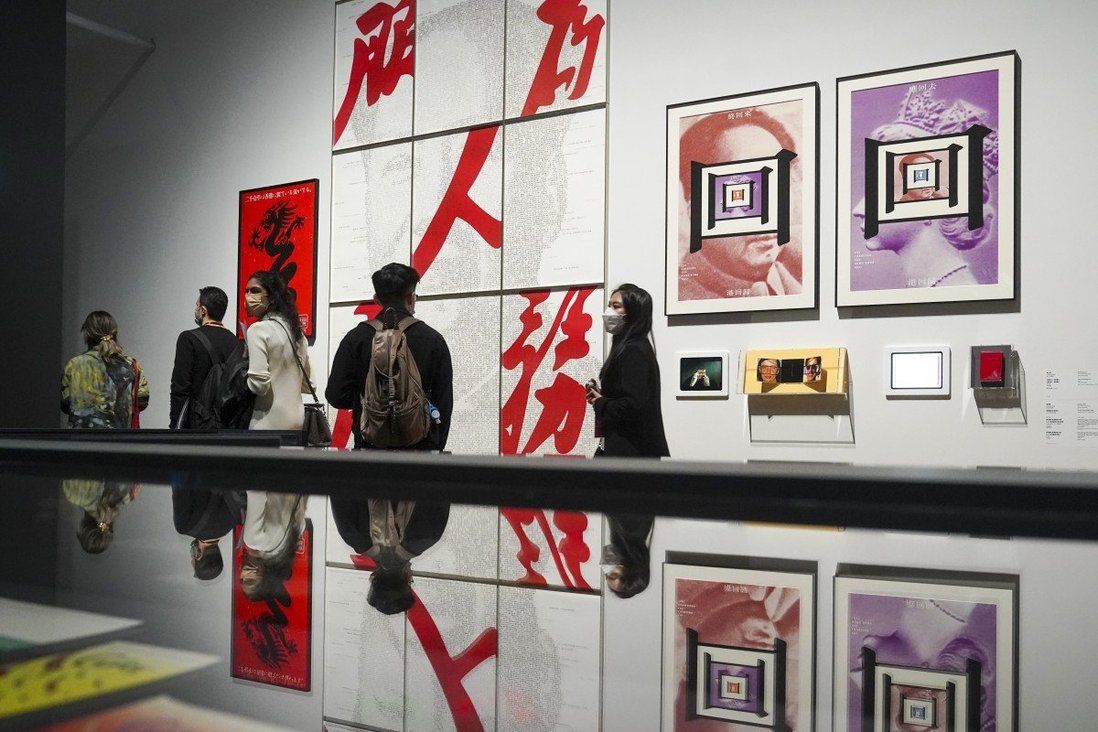 Arts hub authority chairman Henry Tang reveals some of Ai’s works will be featured in opening exhibitions, but a photo of his that sparked controversy will not be among them.

Hong Kong’s most ambitious museum ever, the M+, will not shy away from showcasing the work of Chinese artist Ai Weiwei in spite of past accusations that one of his works breached the national security law, an official overseeing the institution has said.

Chief Executive Carrie Lam Cheng Yuet-ngor on Thursday said the museum’s opening represented a significant milestone in the history of the city’s most important cultural development.

Acknowledging the criticisms the project’s huge public expenditure had drawn, Lam said those working on it believed Hong Kong had the potential to become a centre of cultural and artistic exchange between China and the world, demonstrating the country’s soft power.

Speaking earlier in the day, West Kowloon Cultural District (WKCD) Authority chairman Henry Tang Ying-yen noted that some of Ai’s works were on display in the six main exhibitions, saying curators would stand up for core artistic values and principles – albeit within limits.

“We will uphold and encourage the freedom of artistic expression and creativity,” he said at a press event ahead of the contemporary art museum’s official Friday opening.

“On the other hand, our dedicated curatorial team will ensure the exhibitions comply with the law, including the Basic Law, the national security law and all other laws in Hong Kong. The opening of M+ does not mean artistic expression is above the law. It is not.”

One work in particular that had drawn a chorus of criticism from the pro-Beijing camp – Ai’s photograph Study of Perspective: Tian’anmen, which depicts a middle finger raised at the Gate of Heavenly Peace in Beijing – would not be making an appearance on Friday, Tang conceded.

He denied the omission was due to political concerns, stressing that any display of the photo would require “further review”.

“The entire series contains 20 to 30 images, with his middle finger pointed at different objects. I can understand his inspirations. We have not displayed any one image from the series this time, since they are not works to be singled out and displayed,” Tang said in response to a reporter’s question.

“If it is to be exhibited, of course it is best to display the entire series in a set for the sake of completeness in order to understand the reason for the artist to create this work.”

Flashing a smile, he added: “I know this middle finger image is the most popular work – everyone is asking about it.”

However, not only will the photo not be on display at the museum’s opening, it also appears to have been removed from the M+ website. A search for the work returns a result, but the image has been replaced by the museum’s logo.

Other images in Ai’s Study of Perspective series – featuring middle fingers aimed at the White House, the Swiss parliament and the Mona Lisa – can still be viewed on the website.

A media preview of the exhibitions featured at least two of Ai’s works, namely Whitewash, a series of ceramic urns with some painted white, and Chang’an Boulevard, a video of the view from the titular 45km thoroughfare, which bisects Beijing. 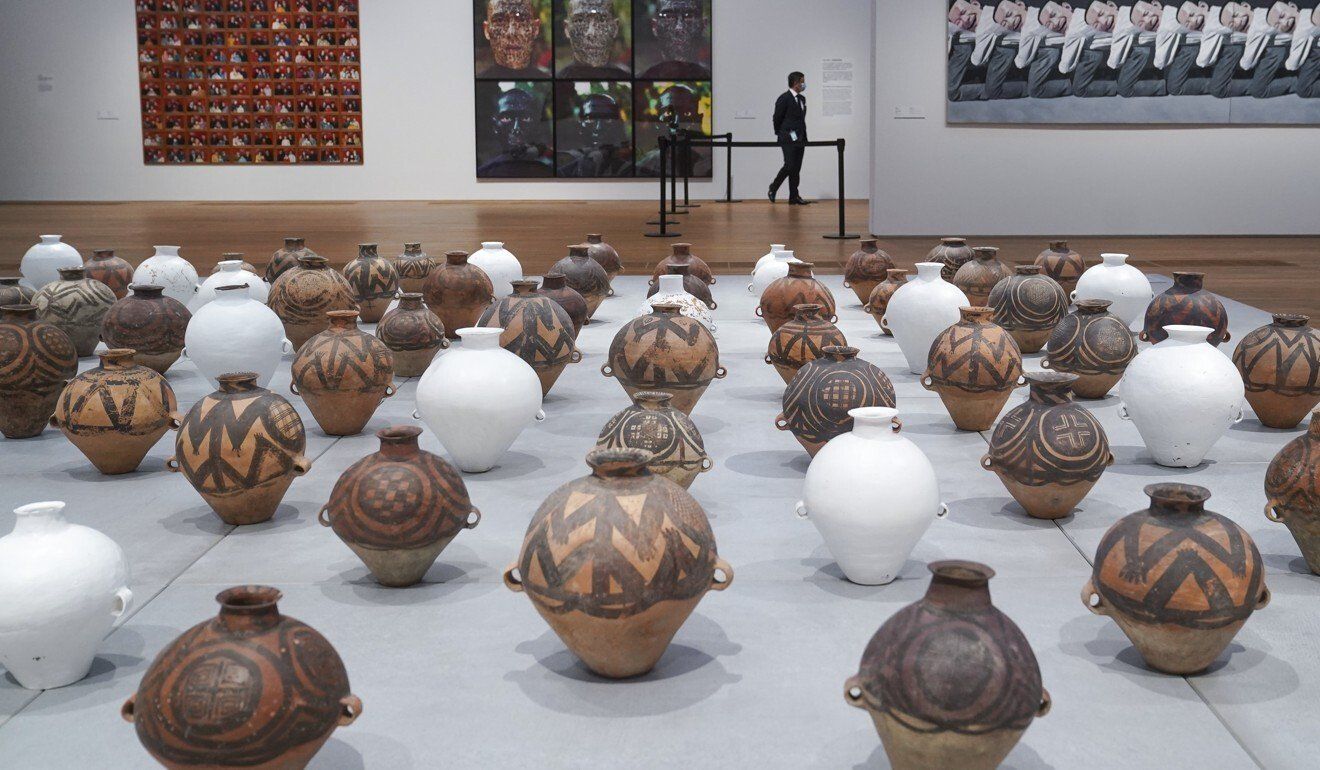 Ai Weiwei’s Whitewash will be among the works on display when the M+ opens on Friday.

The multibillion-dollar M+ will be something of a litmus test for artistic and curatorial freedom following Beijing’s imposition of the national security law and its radical overhaul of the city’s political system to ensure only “patriots” hold power.

Tang appealed to visitors’ sense of “openness and inclusiveness when enjoying the visual culture in M+”.

He added that art required space and a creative atmosphere to flourish, saying he hoped the public could appreciate a diverse range of works, as they reflected the development of society.

The M+ has been nearly two decades in the making, with the government first proposing in 2003 that the new West Kowloon cultural hub include a cluster of institutions dedicated to art, design and moving images. 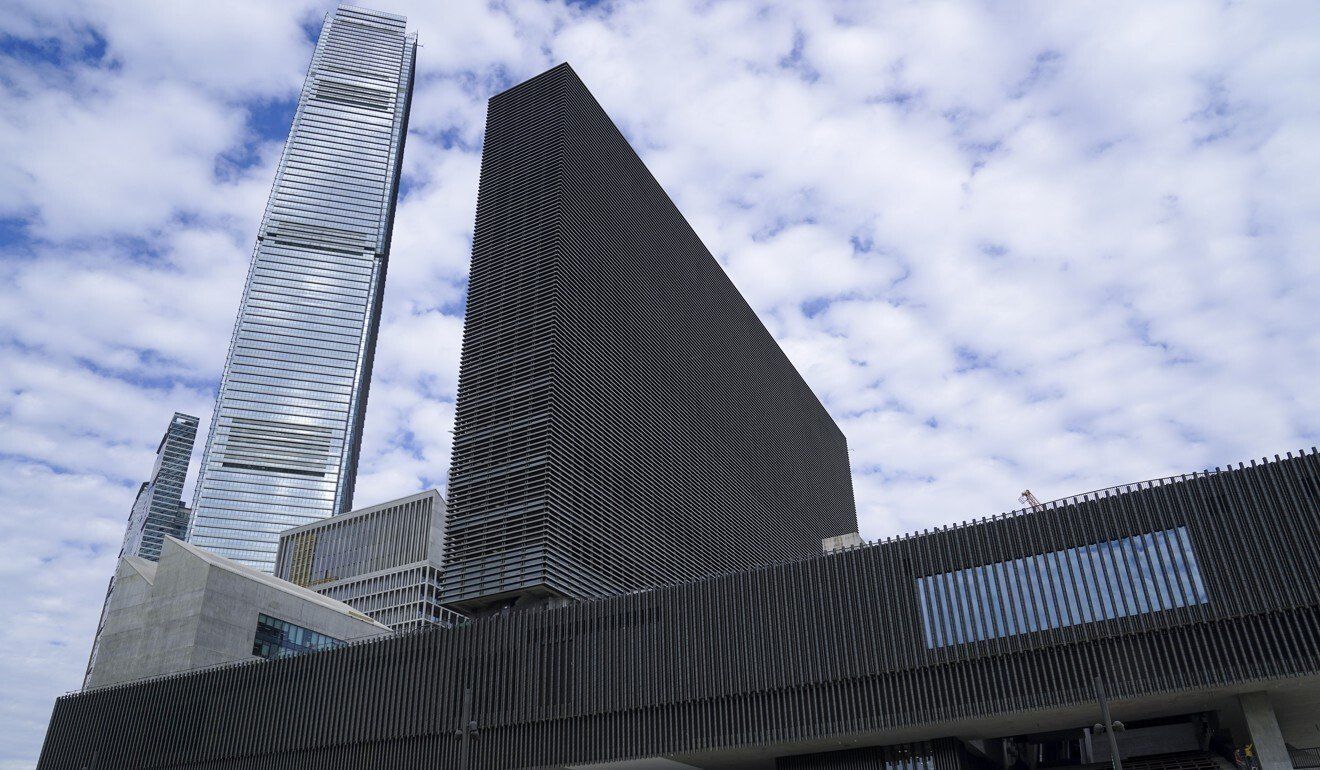 The M+ was designed by the firm behind London’s Tate Modern and the Bird’s Nest stadium in Beijing.

Designed by Herzog & de Meuron, the same Swiss architects behind London’s Tate Modern and the Bird’s Nest stadium in Beijing, the imposing waterfront structure boasts 17,000 square metres of exhibition space, making it comparable in size to the Tate, the Pompidou Centre in Paris and MoMA in New York.

Its collection includes more than 6,000 pieces of modern and contemporary art, with Tang crediting the M+ with transforming Hong Kong from a one-time “cultural desert” into an international art hub.

“The building we are here in now will be a significant addition to the global arts and cultural landscape, as well as being a new international architectural icon,” Raffel said.

The total cost of the museum remains undisclosed, but M+ has warned the final bill will exceed its initial budget of HK$5.9 billion (US$760 million).

Reservations and bookings for different entry times can be made on the museum’s website, with the doors opening to the public for the first time at 10am on Friday. Entry to all visitors will be free for the museum’s first year.