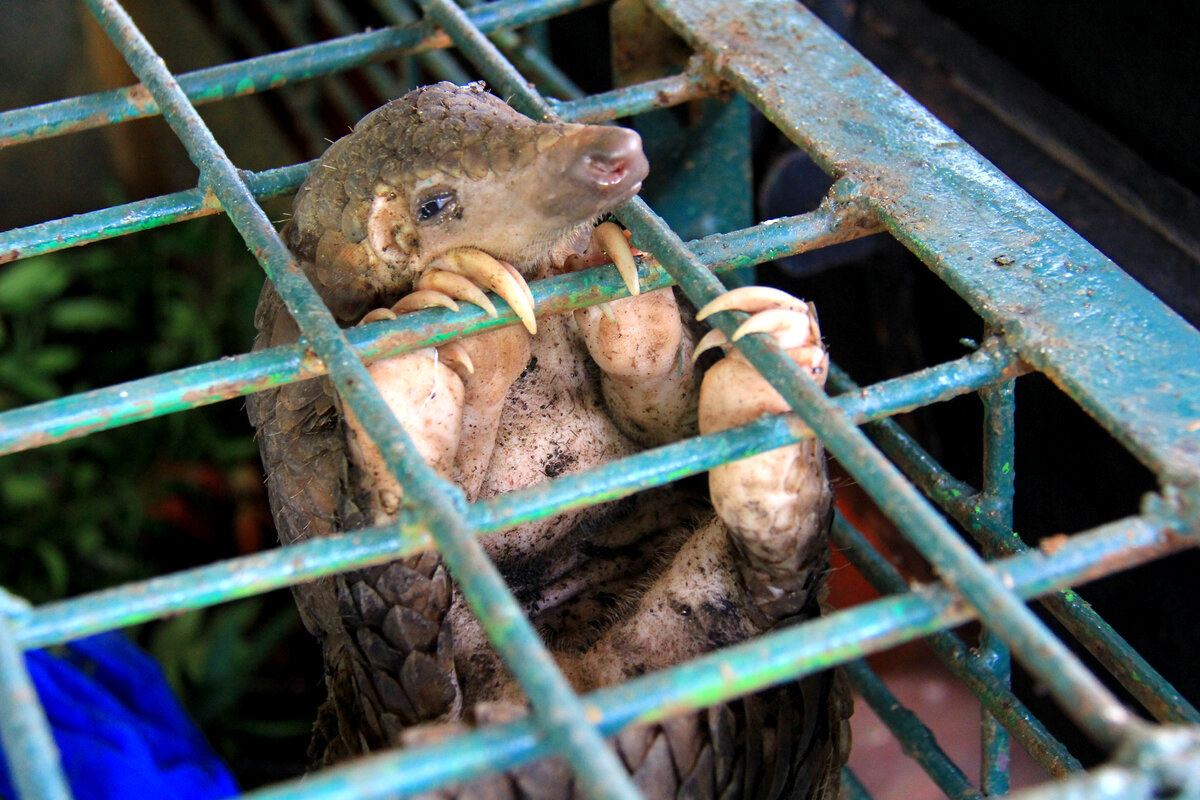 Hong Kong’s leading role in the global extinction crisis, as hub of illegal wildlife trade, and the legal amendment that could change that

Pangolins have clever defence mechanisms. When threatened they curl up into a tight ball – the name pangolin is derived from the Malay word pengguling, meaning “one who rolls up” – the hard scales covering their bodies overlap to create an “armour”. Like skunks, pangolins can spray a noxious fluid from glands near their anuses to keep predators at bay.

Sadly these protective tools can’t deter humans, who have poached the anteater-like creatures to near-extinction, the trade fuelled by false claims in traditional Chinese medicine that pangolin scales relieve ailments from asthma to poor kidney function, and can improve lactation. On top of that, in China and Vietnam pangolin meat is considered a delicacy.

All eight pangolin species – four Asian and four African – are listed under Appendix one of the Convention on International Trade in Endangered Species, meaning they may be traded only in exceptional circumstances. Yet despite this, the highest level of protection under international law – and a move by China in January 2020 to increase legal protection for the animals – the pangolin is still considered the world’s most trafficked mammal.

That is a label unlikely to change if Hong Kong maintains its current role in the illegal wildlife trade.

This is one of the many grim findings in “Still Trading in Extinction: Hong Kong’s Insatiable Demand for Exotic Wildlife – Dead or Alive”, an in-depth report by ADM Capital Foundation, a Hong Kong-based non-profit which campaigns against international wildlife crime.

The report – which looked at wildlife seizures in 2018-2019 and prosecutions from 2017 to 2020 – is a depressing read. In 2018 and 2019, authorities in Hong Kong seized a record-breaking 649 metric tonnes of rare and endangered wildlife valued at HK$207 million (US$26.7 million), equating to 1,404 seizures involving about 7,000 live animals. The majority comprised seizures of wildlife products and derivatives.

In 2019 alone, the government euthanised more than 2,300 seized endangered animals and, in that same year, nearly a third as much smuggled wildlife, wildlife products and derivatives was seized in Hong Kong as in the whole of China.

The report highlights a thriving pangolin trade route to Hong Kong from Nigeria; the west African country is a trading hub for pangolin trafficked out of the continent. Since 2015, Nigeria has been implicated in global seizures of more than 167 tonnes of pangolin scales – the equivalent of at least 167,000 pangolins, a 2020 report by international NGO the Environmental Investigation Agency found.

Hong Kong plays a huge role in the trade, says ADM Capital Foundation. Of the 78 tonnes of pangolin scales seized from Nigerian consignments worldwide in 2018 and 2019, a quarter was seized in Hong Kong.

“If we’re going to pick a single species to be worried about, it’s the pangolin,” says Sam Inglis, of ADM Capital Foundation, who helped compile the “Still Trading in Extinction” report. “It’s no secret that Hong Kong is a thoroughfare for the pangolin trade.”
Add Comment