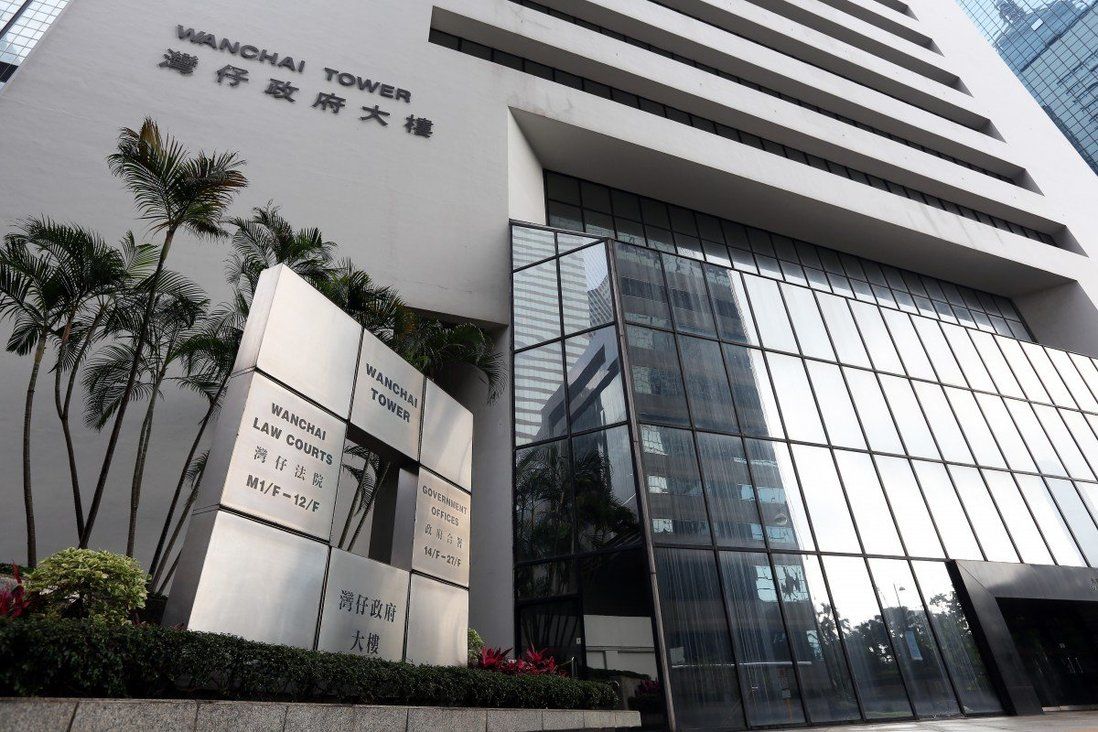 The six defendants stand accused of belonging to the mostly white-clad group who attacked protesters and commuters in and around Yuen Long MTR station on July 21, 2019

Hong Kong’s first trial over the Yuen Long mob attack that took place during 2019’s anti-government protests opened on Tuesday after the judge imposed an anonymity order on 16 victims and eyewitnesses expected to testify.

The District Court case centres on three incidents, beginning with the first clashes between a mob of men in white and protesters and commuters at Yuen Long MTR station at 10.40pm on July 21, then others around Exit J after midnight on July 22, which then subsequently spilled into the connected Yoho Mall.

Prosecutors said none of the six defendants were arrested at the scene, but maintained all were caught on camera during the attacks. One defendant also admitted he had been present at the scene, while three others were further identified by witnesses during line-ups.

However, none of those witnesses can be named, as district Judge Eddie Yip Chor-man barred the identification of the injured victims and eyewitnesses.

These 16 protected witnesses will be allowed access to court through a special passage, and will testify from behind a screen shielding them from the public. All six defendants have pleaded not guilty to a raft of rioting and wounding charges.

Four of them were said to be among the 50 white-shirted men who clashed with a group of about 100 mostly black-clad people in the station’s concourse, and later on board a Tuen Mun-bound train.

The mob had gathered following calls to “safeguard Yuen Long” and “drive out protesters” that had emerged after opponents of the government’s now-withdrawn extradition bill held a screening event in the district on July 16.

Cable worker Wong Ying-kit, 49, was accused of pointing his finger and shouting at the group of black-clad people while they were still separated by turnstiles between 22.40pm and 23.05pm.

He later admitted he was present to investigators who searched his residence on August 3, 2019 for items matching his attire shown in videos of the incident.

“I’d worn them on July 21,” Wong said after police seized a black-and-white striped polo shirt and a pair of dark-coloured sandals.

The court heard events at the station quickly turned violent, with transport worker Wong Chi-wing – who had a clear criminal record – among those hurling objects, such as a metal rubbish bin cover, towards their opponents.

The 55-year-old was identified by his white T-shirt, printed in red with the words “MADE IN CHINA” on both the front and back.

He was also said to have shouted at passengers inside the train car with a rattan stick in hand, while 61-year-old village representative Tang Ying-bun was allegedly among those attacking the crowd with rattan and wooden sticks.

The villager was later picked out during an identification parade in November 2019 as being present on the platform, reportedly scaring passengers by brandishing a wooden stick.

Electrician Choi Lap-ki, 40, was also accused of shouting at people and throwing objects, as well as joining with other men in white to attack an unidentified man with rod-like objects and their bare hands on a staircase leading to the train platform.

The four have each pleaded not guilty to one count of rioting and another of wounding with intent.

Meanwhile, merchant Tang Wai-sum, 62, and driver Ng Wai-nam, 58, have denied counts of rioting and conspiracy to wound stemming from an incident near Long Wo Road just after midnight.

The pair were allegedly among a group of 30 people in white who surrounded and attacked men wearing black with sticks.

Prosecutors said Ng collapsed minutes into the attack and was given first aid by an eyewitness before he was sent to Tuen Mun Hospital, where he stayed until August 1, 2019.

This eyewitness, identified as O, later picked both Tang and Ng out of separate line-ups.

Tang also pleaded not guilty to two further charges of rioting and wounding with intent over a separate incident at Exit J, which began at about 12.29am on July 22 after a man in black allegedly used an umbrella to attack a group of white-shirted men behind the closed gate.

The group in white then forcefully opened the gate and rushed into the station concourse, attacking black-clad individuals running towards Yoho Mall, as well as those who tried to mediate the conflict, prosecutors said.

Tang, who was accused of waving a broken umbrella and throwing objects, was arrested at the Lok Ma Chau border control point when he tried to leave the city on August 8, 2019.

The trial continues on Wednesday.